A space for making, creating, and mindfulness

From the inception of the Artist Relocation Program in 2000 to today’s UNESCO Creative City designation, the cultural landscape in the Lower Town Arts District has undergone a series of progressions. The last two decades have witnessed the revitalization of the historic neighborhood, the 2008 Recession, and the opening of the Paducah School of Art & Design’s 2D & 3D buildings. New artists of all ages have moved into the neighborhood and the founding residents have adjusted their lives to comfortably fit the current art scene. But through all the evolutions, one artist’s business concept has remained unchanged—A.I.R. Studio Paducah.

This successful Artist in Residence venue and program is the brainchild of Maryland artist Alonzo Davis. Nestled within the brick building at 621 Madison Street, A.I.R. boasts a sunlit window gallery, cozy efficiency apartment, and a large studio space complete with a work shelf full of tools and supplies suitable for a variety of needs.

Enticed by the Artist Relocation Program in 2001, Alonzo considered Paducah for his personal studio/retreat, but after a tour of available properties, he recognized the potential for something more. Inspired by time spent at artist retreats in California, Connecticut, Colorado, and Virginia, Alonzo saw Lower Town as a prime location for a visiting artist space. 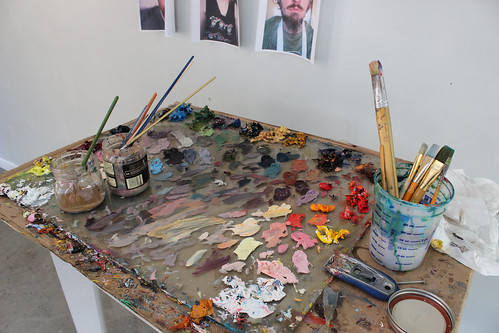 “Mark Barone, was a good salesman,” Alonzo recalls of his initial visits to Lower Town. “He showed me everything, from empty lots to run-down private residences and from deserted factories to industrial sites. My first choice was a multiunit kind of space where a number of artists could be accommodated, but I wound up with a far more manageable choice.”

In its former state, the A.I.R. Studio address was a private residence—home to a traveling salesman, a watchman, and a laundromat owner. In 2004, freshly renovated by D & D Construction, A.I.R. welcomed its first resident artist, painter Pinkney Herbert, Alonzo’s professional associate and former collaborator. “I began offering residencies free of charge to artists I knew,” said Alonzo. But the potential for some focused creative time in a recognized arts community proved alluring and it wasn’t long before news of A.I.R. went viral.

Now in its 15th year, A.I.R. has been haven for more than 100 artists from nearly 30 states and Canada. The guest book boasts art college professors, emerging and mid-career artists, photographers, architects, and composers…most who felt the desire to take their creative verve to a deeper level and produce new work. Recent resident artists Lexi Abra Johnson, a South Dakota native and current Fiber Artist in Residence at the Paducah School of Art & Design, and Julie Gautier-Downs from Spokane, Washington, used their respective times at A.I.R. to create work for upcoming solo exhibitions. During a recent close-to-home retreat, PSAD painting instructor Tanya Gadbaw-Neitzke experimented with pictures of people’s resting face for her “Assumption” series, which explored the opinions people perceived of them based on their appearance. 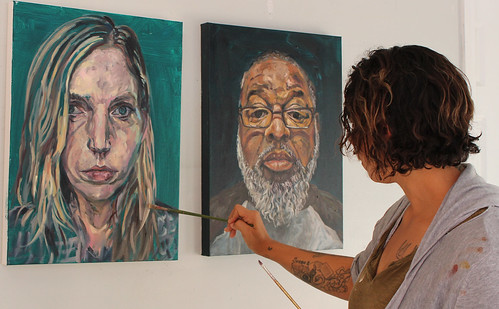 “The Ohio River is a drawing card, and of course the Quilt Museum and the fact that A.I.R. is in the heart of an arts district,” said Alonzo. Connecticut artists Jacquelyn Gleisner & Ryan Paxton, who were inspired by Paducah’s location at the confluence of the Ohio and Tennessee Rivers and strong quilting tradition, created a ziggurat that merged those impressions. “The terraced pyramid shape of the ziggurat was used in ancient civilizations as a respite for floods,” said Jacquelyn. “As a nod to the local quilters, we wove painted strips of paper and created a network of colorful strings of embroidery floss on its interior.” Likewise, Michigan art professors Barbara Bushey and Shanna Robinson, who shared a studio in graduate school, both make art about water. “Our goal for being at A.I.R. was to make art side-by-side that responded to the presence of the rivers, away from the interruptions of classroom and administrative duties,” said Barbara.

In 2018, A.I.R. will host it’s first improvisational choreographer and provide a focused getaway space for two writers and a filmmaker. Yermiyahu Ahron Taub, poet/translator from Washington, D.C., engaged with the community in January—attending exhibition openings and performances. He described his experience as “magical” and “a singular opportunity to work in a setting of quiet and reflection…allowing me to immerse myself in the creative process and to make significant progress on my manuscript.”

The visiting artists at A.I.R. are a testimony to Lower Town’s ever evolving creative culture. They inspire us with their talent and leave us with the gift of their friendship. A.I.R. keeps an active Facebook presence, so be sure to LIKE them and take a deeper look into the artists and adventures at A.I.R. Studio Paducah. 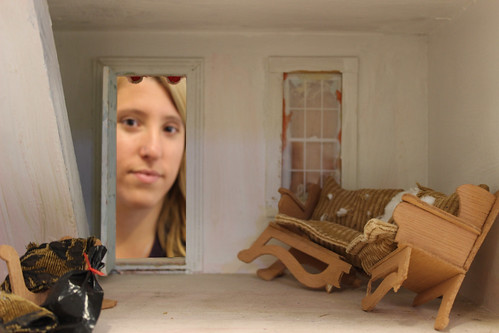 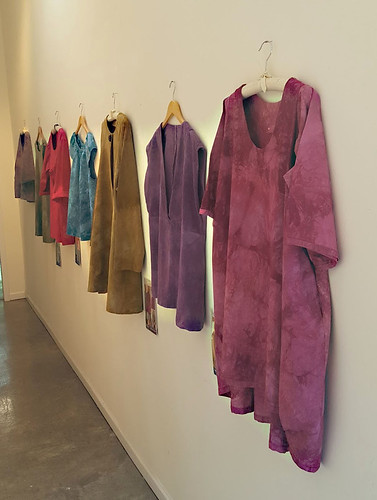 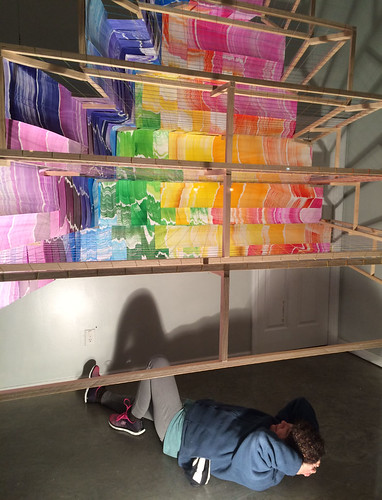