A Look Back at the 1918 Flu Epidemic
Add comment

On September 26, 1918, Allied forces in Europe launched a bombardment of the Hindenburg Line, the last of the organized German defensives forming the Western Front in Europe. The line was, in places, 6,000 yards deep, littered with sprawling strands of barbed wire and hidden firing positions that housed German snipers.

Day after day, the front page of the Paducah Evening Sun relayed the news back home. The big question: Would the forces break the Hindenburg Line, one of the last barriers to victory in this Great War? 56 hours later, the first of the Allies poured into Bellicourt, France, the gate that allowed access to Germany and further deterioration of the barrier.

The achievement was celebrated, but there was another battle brewing. In the days before the bombardment, a secret killer crept among American Army forces, quickly and silently incapacitating a massive force of men. Unlike at the Hindenburg Line, this enemy was largely invisible, and an army was hardly a formidable foe. The front line lay 4,200 miles from Bellicourt, France in Louisville, Kentucky.

Camp Zachary Taylor was the largest World War I Army training camp in North America. Covering 3,376 acres, it housed, by mid-1918, over 45,000 enlisted men and officers. On September 25, one hundred men at the camp were reported to have influenza. The next day, the number jumped to 262. By the end of September, there were 2,100 being treated.

The Spanish Flu epidemic of 1918 was reaching its zenith. There had been signs of it earlier in the year. Most of the cases had been reported in and around military installations. As the massive military buildup of World War I continued, greater numbers of men traveled the country, congregating in large numbers, spreading the infection from one to another. While the flu was nothing new, what became apparent by the fall of the year was the aggressive nature of that year’s strain. While the most at-risk populations are the very young and the elderly, this strain was killing a number of young people who was, before being infected, healthy.

At the same time, the flu was spreading its way through the rest of the state. On October 3, the McCracken County exemption board announced the cancellation of the October draft call in Paducah, citing the need to reduce the number of people at army camps due to the spread of the flu. By October 8, the flu had reached Paducah, and the Mayor and City Board of Heath closed places of public gathering such as churches, theaters, and schools on the order of the state. Saloons were allowed to remain open.

The next day, the Paducah Evening Sun reported 600 cases in the city. The paper reported that “streets were deserted last night, picture shows closed, and pool room crowds broken up. By order of the Board of Health, no more public funerals will be held in Paducah during the prevalence of the Spanish influenza … All funerals must be private and from the residence.” The next day, 100 new cases were reported with the number of sick at Camp Taylor growing to 8,000.

Children of the city began reciting a new skipping rhyme, one that would become a reminder of the growing epidemic for years to come:

I had a little bird,

Its name was Enza.

I opened the window,

The number of infected in Paducah doubled by mid-October, and reports of death were on the rise. Spitting on the streets “especially in the congested sections of Broadway” was prohibited, and officers enforced the ruling. Afterward, the paper reported that “nobody seems to be spitting these days. No arrests were made.” The streetcars of the city, which could not be completely closed, were sterilized every day by their owner, the Paducah Traction Company. On October 21, saloons and soda fountains were ordered to close at 6 PM each night.

On average, 70 to 90 new cases of the flu hit Paducahans each day during October. One of those cases was Dorothy Barkley, wife of then Congressman Alben Barkley. Congressman Barkley had been on a month-long trip to Europe as part of a congressional delegation sent to investigate the conditions in the war zone. Upon his return, he learned that he would not be allowed to immediately return to Paducah. In a letter, Barkley wrote, “I have been expecting to be home for several days, but this everlasting flu has prevented it. My wife is in bed with quite a disagreeable case, though she is improving.” 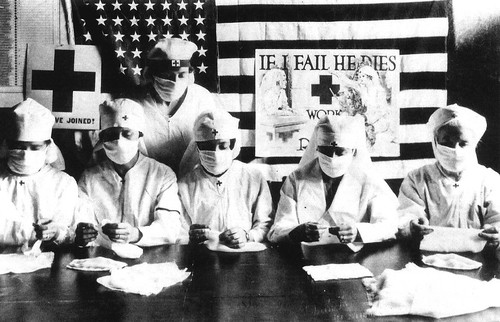 The Paducah Evening Sun reported that, on Halloween, “Goblins and fairies will trip the light fantastic alone tonight, for the public, which ordinarily observes Halloween with merry-making must stay indoors. While parties and gatherings have been discouraged, owing to the influenza ban, the police will not interfere with the younger set and the children, who may prowl about until a reasonable hour, although any destruction of property will merit and receive punishment to the law’s limit.”

Thoughts that the flu was easing and the ban on public gatherings would be lifted came and went. Every time it looked as if the epidemic was abating, the number of cases jumped higher. Eventually, business and life had to return to normal. On November 7, saloons and soda fountains were allowed to return to regular operating hours, the first time they’d been able to in three weeks.

On Monday, November 11, the last of the ban on public gatherings ended when schools in Paducah returned to session. They had been closed for an astonishing four weeks. On that same day, World War I came to a close with the surrender of Germany.

Over the four-year span of the war, roughly ten million military personnel died as a result of combat. It is estimated that 20 million to 50 million (and, some argue more) died from the flu epidemic worldwide, 675,000 of those Americans. About one-third of the world’s population (500 million) had been infected, and some areas were hit hard and fast, without warning. Tahiti lost 13% of its population in one month.

There is still uncertainty as to why the flu infected and killed so many during the 1918 outbreak. It may have been more aggressive than previous infections, but chances are it was not potent enough to warrant the massive spike in deaths over previous years. There was also the problem of crowded army camps and an overall ignorance of the importance of hygiene in preventing the spread of the flu. Whatever the case, the lessons remained: hand washing, covering coughs and sneezes, and staying home when sick are the best prevention. Additionally, no vaccine was available at the time.

Beyond the lessons, the epidemic left a lasting legacy. Nearly everyone knew someone who succumbed to the fast-moving virus. The epidemic stands as the most devastating epidemic in modern history, a natural disaster of tremendous size affecting nearly every part of the planet. It killed more in a year than the Bubonic Plague did in four. In the final edition of the Journal of the American Medical Association of 1918, it was noted:

"1918 has gone: a year momentous as the termination of the most cruel war in the annals of the human race; a year which marked, the end at least for a time, of man's destruction of man; unfortunately a year in which developed a most fatal infectious disease causing the death of hundreds of thousands of human beings. Medical science for four and one-half years devoted itself to putting men on the firing line and keeping them there. Now it must turn with its whole might to combating the greatest enemy of all—infectious disease.” 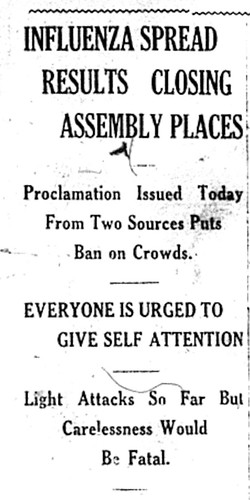 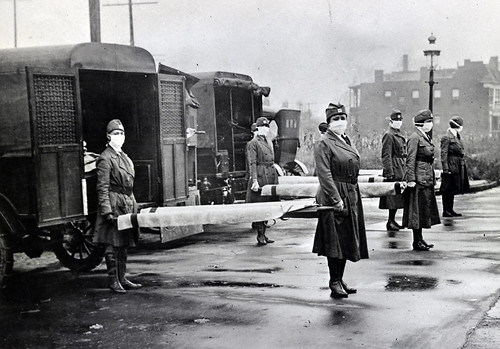 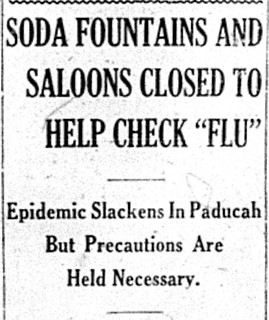 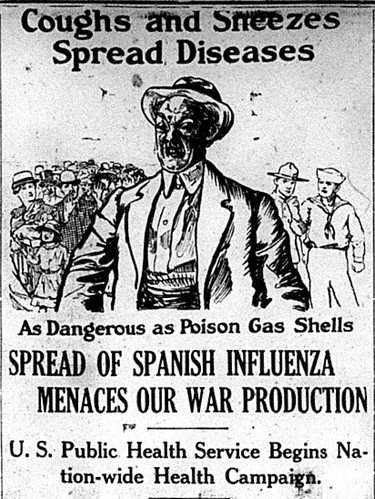