A Magical Match Made Downtown

“Who can explain it, who can tell you why? Fools give you reasons, wise men never try.” -Rodgers and Hammerstein, South Pacific

It was supposed to be a typical day for Joaquin Hilton. He’d been working for a couple of months at Shandies and had not been in Paducah much longer. He’d fallen in love with the downtown atmosphere and the community’s renewed renaissance spirit, so when he heard of a downtown development meeting at Doe’s, he planned his evening to attend and then catch a late movie.

He arrived early, settled into his seat, and immediately took notice of the lady coming to sit at the table next to him. “She sat at table 33. I sat at 34,” says Joaquin. “We were right next to each other. People were arriving, and we were waiting for things to start, so we began talking. And we really clicked. Before long, we were oblivious to everything going on around us.”

“Wait. Was there a meeting going on?” laughs Lisa Mead, Joaquin’s interest at table 33. Lisa had been performing downtown with her dance troupe and was at the meeting in hopes of discovering ways to draw more people to the area. “There were little pockets of conversation going on around the room,” she adds. “We were definitely our own pocket!”

“We just kept talking and talking, and before long, the meeting was wrapping up,” says Joaquin. “It was starting to get busy because the Carson Center had South Pacific that night as part of the Broadway Series. David Jones came in from Shandies and told me, ‘I have two tickets to South Pacific, but you have to go tonight.’ I looked at Lisa. We’d been having a great conversation, so I asked if she’d like to go.” That was the beginning of Joaquin and Lisa’s first, yet unintentional, date.

After the show, Joaquin and Lisa returned to Doe’s. Joaquin had tickets to a late movie and was to be accompanied by a friend who worked there. When the couple arrived, Joaquin learned his friend had to work late and would not be able to go. “I said, ‘Hey, Lisa, I think you’re stuck with me.’ So we went, and it was like two dates in one. It felt like we were two kids again, kind of high-schoolish. We were very innocent. Well, there was just a little bit of hand-holding.”

The next day, Joaquin was scheduled to work. Lisa tried to recruit a few friends to go to Shandies so she could ‘run into’ Joaquin again. “I couldn’t find anyone available to go,” says Lisa. “But I went anyway! I wasn’t really looking to date anyone, but it was just kind of happening on its own. Once we met, we just didn’t want to be apart.” That evening, they talked more.

“She was heading to Nashville the next day,” says Joaquin, “and she’d shared with me her love for chai lattes from Etcetera. So the next morning, I showed up with a chai latte to send her off. From there on, we were hanging out all the time. Later, we both moved downtown.”

Eight months after their initial meeting, Joaquin proposed, and the couple married in June 2013, a little over a year from their first glance. While their wedding anniversary is certainly important, the time that is more prominent in their minds is the day the magic began. “March 29 is our date anniversary,” says Joaquin. “We formed a really good bond right away, and I always celebrate that date anniversary. I am so thankful for meeting her.”

For their first anniversary, Joaquin recreated the night they met, complete with a rental of Maiden Alley Cinema and a private showing of the movie version of South Pacific. The couple even had the same dinner from their first night. Later on, Joaquin was able to get the South Pacific poster from the Carson Center performance from the night they met. Oh, and their honeymoon? They went to Hawaii to visit many of the locations where the movie version was filmed.

Joaquin is fond of serenading Lisa with tunes from South Pacific, finding that the lyrics from the musical’s signature song “Some Enchanted Evening” inexplicably, yet wondrously describe their first moments: “Some enchanted evening, you may see a stranger. You may see a stranger across a crowded room—and somehow you know, you'll know even then, that somewhere you'll see her, again and again.”

“There’s some kind of magic about it,” says Joaquin, his face aglow as he looks at Lisa. “Even at our wedding, as soon we came together during the ceremony, a firefly flew up between us. That just showed how it has always been for us.

“And Downtown Paducah really sparked the magic for us. I met Lisa because of the downtown. We got our first kid, our beagle Bugsy, when they were doing Downtown Dogs. Everything just centers around this area. And there are so many stories like ours. And we keep living it out. That’s why we’ve invested ourselves down here with The Paducah Cigar Company. It gave us a lot of love, and we want to give that back.” 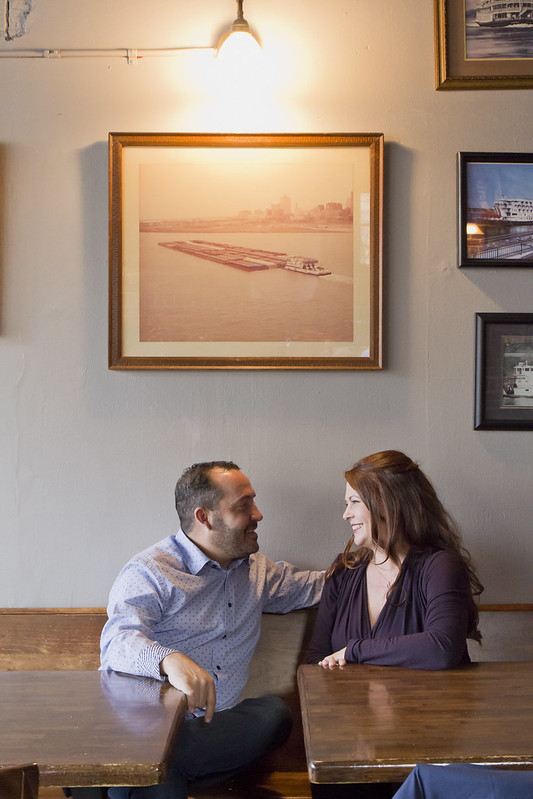 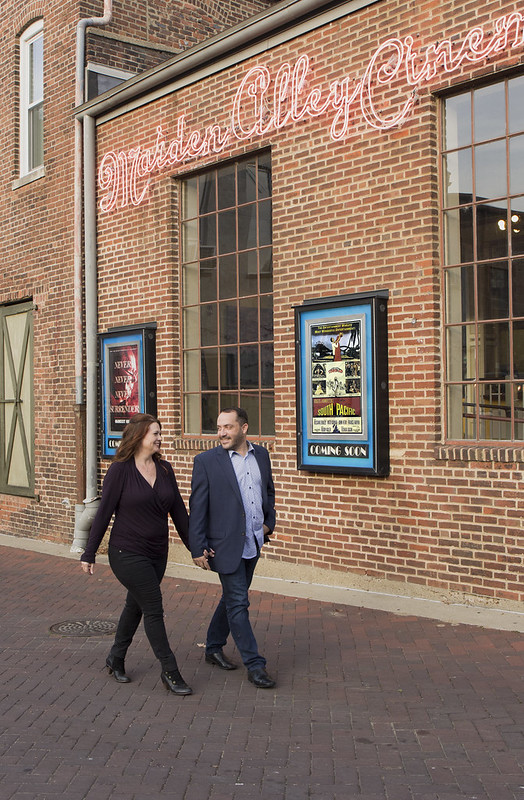 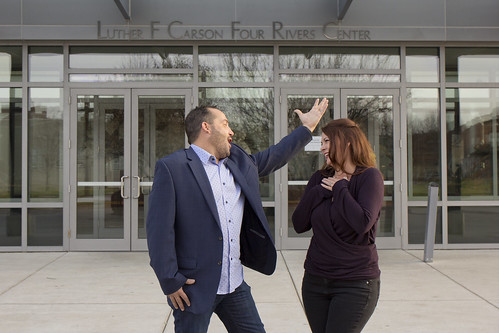