As the sun descends on Jefferson Street, the magic becomes palpable. It's Halloween, and midtown is abuzz with a horde of colorfully costumed trick-or-treaters. They make their way along the street, wide-eyed with wonder at the enchanted worlds created by many of the homeowners. Their amazement approaches its zenith as the home of Dawn and Barbara Evans comes into view. There, the kiddos are transported to a place of enchantment; a place of pure imagination.

"We loved coming over to Jefferson to visit friends on Halloween," says Barbara. "We lived on Jackson Street, so we had to come over here where there were trick-or-treaters. But then we moved over here in 2007."

"We invited some friends over on Halloween," adds Dawn, "and they all said it would be fun to do the group costume thing. We agreed!"

For their first theme, Dawn and Barbara chose The Addams Family. "We did a little graveyard and the big family chair," says Dawn.

"The Addams Family is not scary, and that's probably the scariest thing we've done!" adds Barbara. "We've done mostly Disney-type themes because there are a lot of little kids, and we wanted this to be for them. Later on, we did the Wizard of Oz, and after that, we were like, 'Oh, what did we just do?!' It was getting bigger and bigger, and we experienced the paparazzi effect. People were taking photos with characters, and I knew we had something when moms handed me their babies so they could take a photo!"

"Every year it just got bigger and bigger, and we wondered how we could top the year before," says Dawn. "But the more people discovered what we were doing, the more they wanted to be involved. Some very artistic friends came along and built sets. We've done some neat things like the magic mirror for Snow White. We figured out a way to do that with light shining one way through mylar."

"And I have an upstairs full of costumes with rack after rack of clothing and a group of organized wigs," says Barbara. "My family always had a costume closet, so this thing is real and runs deep! It's just what we do!"

There have been costuming challenges, however. For Alice in Wonderland, Matt Jaeger was slated to play the caterpillar. The group wondered how to properly transform him into the otherworldly creature. "One day he showed up at the door with a bright blue sleeping bag," says Barbara. "We converted it, and now it's a part of the collection!" 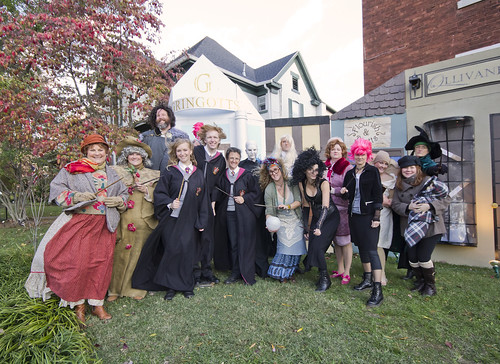 "The cast was so big!" laughs Barabara. "We had different sets such as Diagon Alley and Hogwarts. And there were challenges on this one. I wanted to do floating candles, so I had to figure out a way to suspend some that were battery operated. I strung up some black bird netting, and, by the time the sun went down and the wind blew, we had floating candles!"

The result was the transformation of a front yard into the world of Harry Potter. Lines formed as eager children sought to meet the characters.

"People come back year after year and tell us that they look forward to visiting," says Dawn. "It is truly magical!" 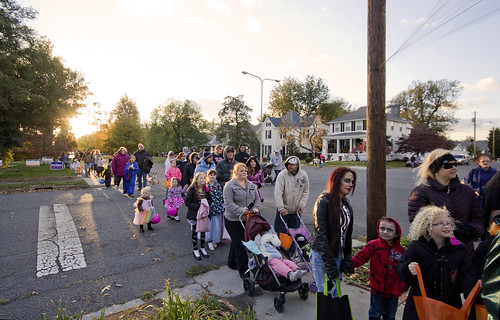 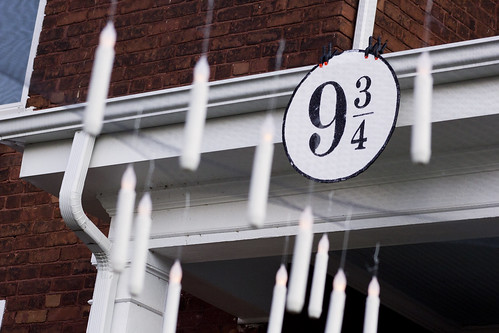 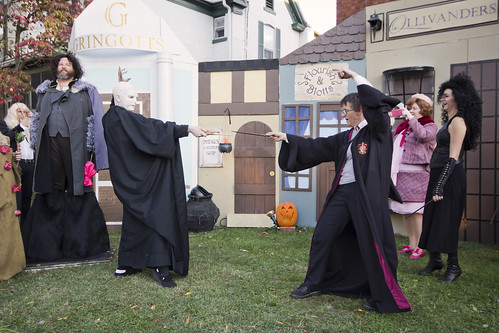 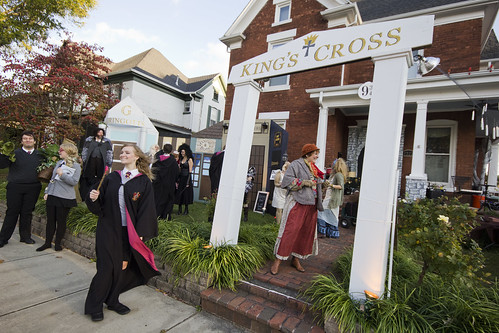 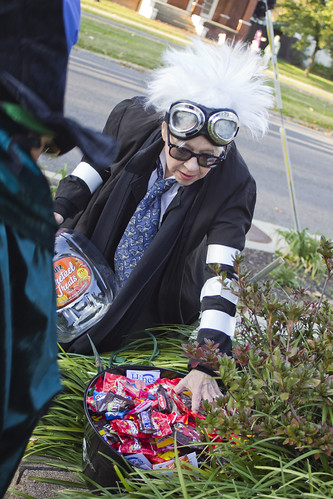