Bloom Where You Are Planted

When winter finally breaks and spring ushers in its yearly renewal, evidence of Tim Brown’s presence in Ballard County comes into full bloom. For miles around his home, there is a marked increase in the number of daffodils along the roadsides. And these aren’t just the seemingly random patches of flowers we are accustomed to seeing—we’re talking full blankets of beautiful blossoms coating the landscape.

Tim’s been purposefully planting and spreading his love for the spring flower up and down his road since 1999. “I’ve always liked daffodils,” he says. “It started when I was a kid. I’d pick them and give them to my mother. When I was in elementary school, if there was a girl I was crazy about, I’d pick some and take them to school. The first year I planted here, I did about four or five thousand—and I have been adding ever since.”

Most daffodils seen in the spring were purposefully placed by a person at some point in time as the flowers are not native to the U.S. Most of the ones that seem to grow randomly were either planted on an old homestead site, or they were picked up and spread by things such as road graders when most roads were gravel. Part of Tim’s mission is to share a little education about the daffodil and the diversity within the group that goes beyond what we are used to.

“They are more diverse than what people realize,” says Tim, “and I wanted people to see the varieties that are out there. What really sold me on them was when I took the ones I knew as a kid and compared them to something of similar color, similar shape, but more modern. And those modern daffodils took the flower that I thought looked great as a child and made it look sad.”

In 2002, Tim joined the American Daffodil Society, and the possibilities of showcasing more varieties in Ballard County blossomed. He connected with hybrid developers and bought varieties that most locals have never seen. Such flowers, if they ever reach a wider market to be sold, may not be available for decades. “There are some beautiful flowers out there,” says Tim. “At a ballpark guess, I’ve got about a thousand varieties planted out here.”

Tim got permission from each landowner, spreading the beauty of the daffodil up and down his road. The span now covers about 1.2 miles. He also plants varieties that bloom during different parts of the spring season, giving passersby the longest time span possible to view flowers. “Spring is invigorating,” he says. “Everything is fresh and new, and people love to see those signs of life after winter.”

In addition to the flowers along the road, Tim also planted thousands of daffodils around his property. “I used to track how many I’d planted,” he says, “but once I hit 30,000 holes, I quit tallying them up. I would say I’ve planted at least 50,000.”

On his property, Tim also plants flowering trees and shrubs. He manages his flora to either be flowering or supportive of local wildlife, especially deer. Behind his home, embedded in the woods, is a virtual paradise for both beast and man. Tim has carved out several spots where he and and his family can relax, cookout, and enjoy the natural world. And along the road, his love for the beauty of spring spills over for the community to see.

“The whole purpose was to put them out there for others to see and enjoy and learn about what’s out there. We’ve had church groups and nursing home groups come by to see. I remember Doc Hicks and his Christmas display and how people discovered that and would go out of their way to drive by his place every year. With the daffodils, I wouldn’t mind becoming the Doc Hicks of spring. Any time it makes someone feel good, that’s great. You never know what someone is going through. If someone drives by, and it makes them feel better, I’m happy.” 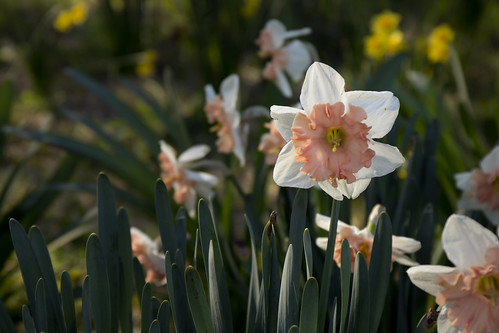 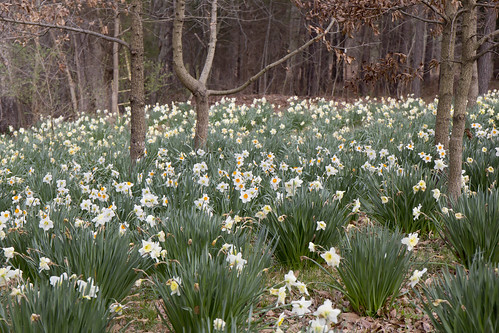 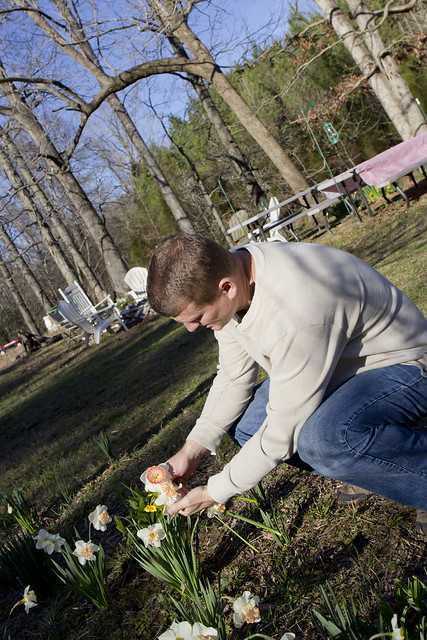 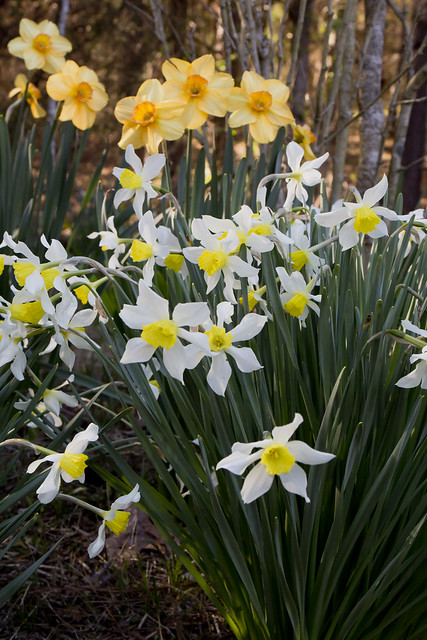