The Paducah Tilghman football special teams readied themselves as their squad’s offense made their way to the goal line. It was the first game of the season and one of Tilghman’s biggest—the annual matchup against the McCracken County Mustangs. Sure enough, Tilghman’s Jayden Freeman ran the ball in for a touchdown. It was time to go for the extra point. The Tornado’s young kicker inhaled deeply before jogging off onto the field, thus far untested in a real matchup. The teams positioned themselves, and the air hung still for a moment. Then came the snap of the ball. The kicker sprang into motion sending the football in a smooth arc through the middle of the goalposts. Number 14 breathed a sigh of relief before turning sharply to run back to the sideline. That’s when the crowd noticed the flip of a long, blond braid flowing from the back of the helmet. This wasn’t your typical, high school football player.

Sophomore Shelby Nickal removed her helmet as her teammates surrounded her, patting her on the back and offering their congratulations. It was just the first of many high points that would come for Tilghman’s first female football player. This one, in particular, was especially poignant as Shelby had been a McCracken Mustang just the year before. “Beating my old school was awesome and super enjoyable,” Shelby laughs.

Not long after the McCracken game, another big moment came against Tilghman’s biggest rival, Mayfield. Shelby kicked off, and Mayfield’s return eluded Tilghman’s defense. In the last line was Shelby who stood ready to stop Mayfield in their tracks. “Kade Neely ran it past everybody—except me,” she says. “I jumped in front and stopped him. That’s when I got my first tackle,” she says. “There was a lot of hype around that. And the guys were super happy to see me do that. Leading up to the game, all the guys had been asking me if I’d ever attempt a tackle if it came down to it. So there was the answer.”

Shelby was already familiar with the world of men’s sports before becoming a player. Her dad, Jason Nickal, is Tilghman’s Athletics Director with a history of coaching in a variety of environments. “I kind of grew up in this world with my brother being a wrestler and my dad being a coach,” says Shelby. “I sort of knew how everything would be. And when it came to football, when we lived in Texas, we would do NFL’s Punt, Pass, and Kick, and I was pretty good at that.”

Shelby never thought about playing football herself, but at a backyard gathering of Tilghman coaches, the topic of needing a kicker for the team came up. “Me and my mom were joking around, and I said, ‘Oh yeah, I’ll do it!’ Then a video of me kicking a field goal at Punt, Pass, and Kick starting going around. They started saying Oh wow. She really can kick. So I was asked to come to a practice. I didn’t think anything would really happen until I had a uniform. Then I was like they were serious! I was so self-conscious. No one had ever seen a girl wear that uniform. I wondered if people were staring at me, I didn’t know what to do with my hair, and my nails were painted. But I got used to it.”

Soccer is Shelby’s primary sport. And while both involve kicking, the soccer skillset didn’t completely transfer to football. “The form is different,” explains Shelby. “They work different muscles. It’s a lot different. I got pretty sore at first. But I kept going. I hoped me playing football helped generate more interest in soccer and girls’ sports.”

Shelby began getting used to the team, the team got used to her. At first, things felt a bit awkward. But before long, a camaraderie formed. “The more I played, the more fun it was,” says Shelby. “I became part of that family with every game. At first, the guys didn’t know how to act. Now, they are like my brothers, and I am the little sister. I know they’ve got my back. Every practice, there is always something funny that happens to make me laugh. If I am having a bad day, the guys pick me up and make me feel better.”

And the proof of Shelby’s talent on the field proved itself game after game. Her points were crucial in their victory against McCracken as they were in subsequent games. By the end of the season, Shelby was ranked in the top 25 in the state for points after touchdowns.

It would be easy at this point to pop out a cliche and say that Shelby had finally become “one of the guys.” But that would gloss over who Shelby is as she makes a mark upon the history of the Paducah Tilghman football team. “I feel like I came into this tough already,” says Shelby. “I didn’t feel like I had to make the rest of the team think I am tough. I play football. But I am a girl, too. I can be both and be true to who I am.”

While Shelby never expressly intended to follow in her mother’s footsteps, female firsts in football run in her family. “The first year the Women’s Professional Football League came out, I played for the Colorado Valkyries,” says mom Sandy. “That was in 2000. I always loved football. I played pee-wee football in 5th grade and was the only girl in my city to do so. The schools wouldn’t let me play, which was disappointing, so I played other sports. But I wanted to play football.”

Sandy caught news about the new women’s league, and because it was a new venture, there were open tryouts. Sandy beat out a couple of hundred others to secure a place on a team. “It was a lot of fun. There was a lot of publicity.” Sandy played for a while before, as she puts it, she and Jason decided to have a Shelby.

“I’m proud of Shelby,” she says. “It’s difficult being a girl in a guys’ world. And it’s especially hard at this age. If you are a strong enough person and believe in who you are and have a support system like Shelby does, you can make it. But it’s still hard. It’s different territory. It’s a unique opportunity. I think every girl should be able to go out, put some pads on and hit somebody.” 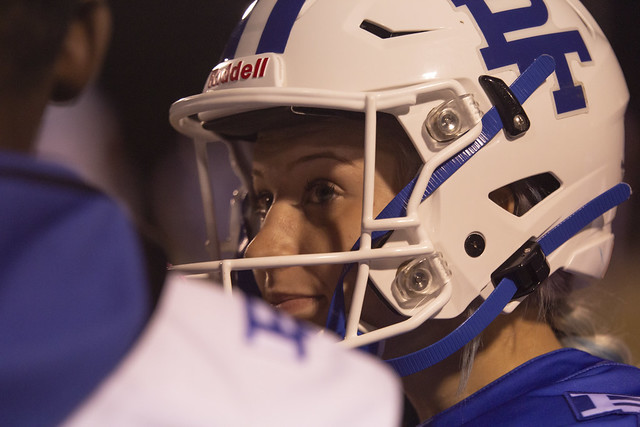 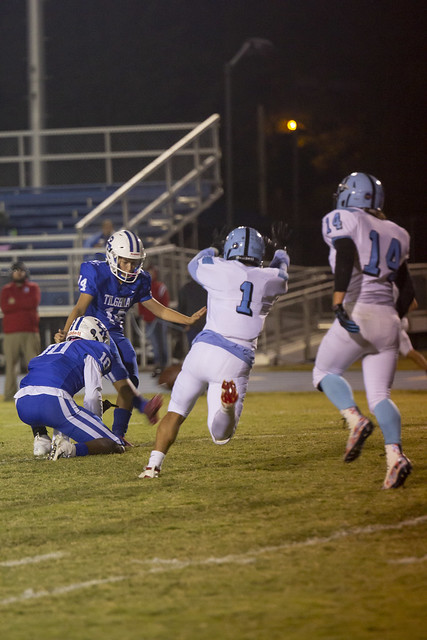 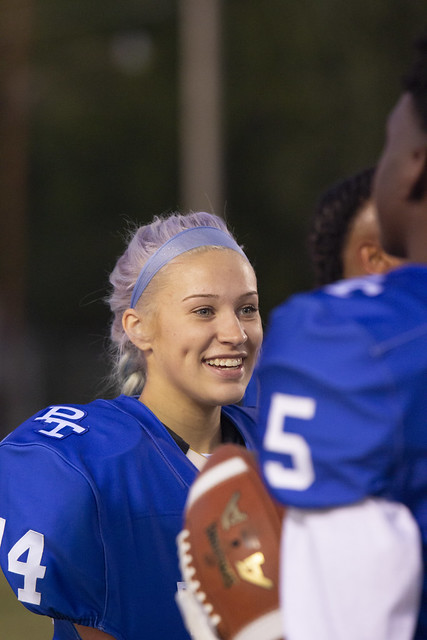 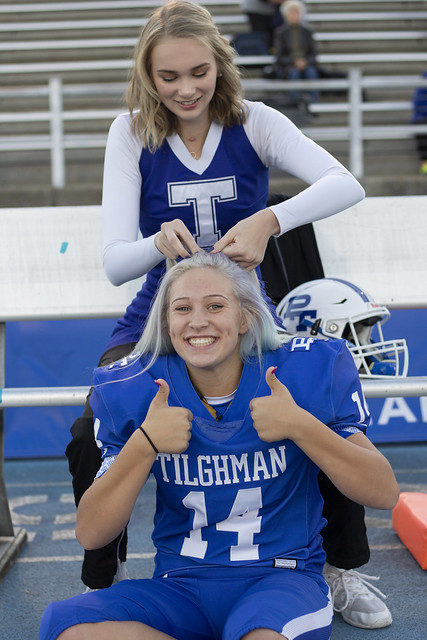 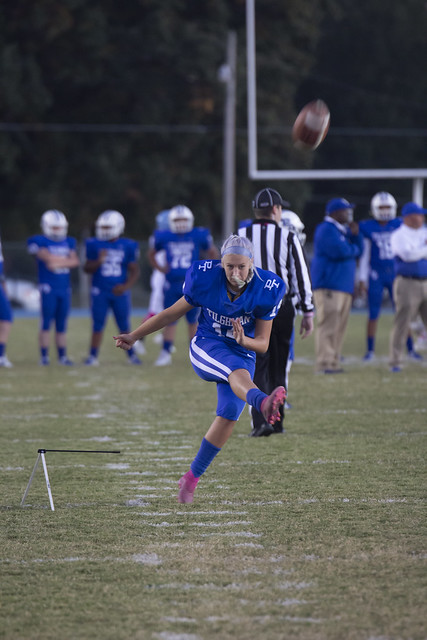