Bringing It On Home

The Revival Of A Paducah Baseball Tradition

Coast to coast, the American landscape is dotted with baseball diamonds. From the historic parks of the Major Leagues to community fields tucked away in the smallest of towns, the ball field is the quintessential, backyard playground of our nation.

The sport, first recognized shortly after the revolutionary war, grew in such popularity that by the mid-1800s leagues formed among regional teams. Evidence of an organized team that represented Paducah shows up as early as the Civil War era, and, in 1897, the Paducah Baseball Association announced the formation of a Paducah team as part of the Central League.

The team proved to be popular. Thousands came to the inaugural home game at the newly constructed stadium at Ramona Park in Rowlandtown (the area near the intersection of North 13th St. and H.C. Mathis Drive). Mayor David A. Yeiser called for a local holiday for the "inauguration of sport on home grounds."

Paducah took great pride in fielding a team. Whether at home or abroad, civic delight beamed. There was a team with PADUCAH stitched on their chests for the whole world to see.

Eventually playing under the name the Paducah Indians, they would later be renamed the Chiefs due to an inter-league naming conflict. And they entertained fans for decades. Paducah relished in the delight of their home team as they moved on to different leagues, eventually affiliating themselves with major league teams such as the Cincinnati Reds and the St. Louis Cardinals. 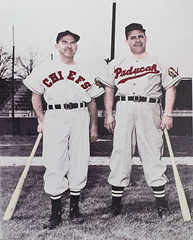 With a new stadium in place in 1949, the future for the Chiefs looked bright. Brooks Stadium was a monument to the accomplishments of the Chiefs and the love of the city and builder Polk Brooks. By 1955, the Paducah Chiefs were on top of their game. The KITTY (Kentucky-Illinois-Tennesse) League to which they belonged was showing signs of folding, however. On August 29 of that year, the Chiefs took the field for what was to be the last time. The visiting team from Owensboro had just learned their park had been sold and was to be demolished. During the third inning, the game came to an unceremonious end due to rain. Paducah fans looked forward to the playoffs, but they never occurred. The end had arrived.

For the next sixty years, the Paducah Chiefs were a nostalgic notion—a relic of bygone days. Brooks Stadium fell into disrepair and was headed for demolition. Paducah remained a baseball city, however. Youth leagues, the city and county high schools, and Post 31 baseball developed rich traditions and enjoyed popularity.

Dr. Frank "Doc" Hideg and a host of volunteers resurrected the glory of Brooks Stadium in 1996, restoring it to its former glory and hosting games for the American Legion, the OVC, Paducah Tilghman, the Southern Illinois Miners, Murray State, the University of Kentucky, the NCBA World Series, and others. "We've come a long way," says Doc Hideg. "We've had so much support from the city, the county, the Brooks Stadium Commission, and Mary Hammond and the Paducah CVB."

Paducah was once again at the top of the game; but something was missing. The loss of the Paducah Chiefs remained a constant thought for those who had brought Paducah into the 21st Century, and they longed to revive the Chief tradition. This year, history will come full circle.

"The Brooks Stadium Commission was formed to bring in the best amateur baseball possible," says Doc Hideg. "We kept up with amateur baseball and the college leagues being established all over the United States. We were approached by the Ohio Valley League, and Greg McKeel made contact with one of their teams in Indiana. We are very similar to them with our stadium. We went and watched some games and saw that get stronger. So we decided to bring that here."

The approach to a new team was natural. "There was no doubt in Greg's mind or the commission's mind that we would bring back the team Brooks Stadium was built for." By the fall of 2015, it was official. The Paducah Chiefs would return.

"It is a college summer league," says Chiefs General Manager Greg McKeel. "It is a wooden bat team, and we've even gone back to the original uniforms for the design on the new ones. It's been a leap of faith. We finally decided last July that we needed to do something like this, and the response has been overwhelming acceptance and excitement."

Doc Hideg, who was a close friend of Polk Brooks, is proud to see history come full circle. "We all learned from Mr. Brooks," says Doc. "Everything we do here is following in what Mr. Brooks did, and he loved the Chiefs.

"The community has really responded by buying season tickets already. Many businesses, unions, the Paducah Parks, and the city and county have stepped up to make the dream of bringing the Chiefs back come to pass. We are fortunate to live in the best town in the United States. I know Mr. Brooks looks down from heaven and is proud of what is going on."

The dream will be fully realized as the once familiar Chief uniforms make their first appearance on-field on June 4 at Brooks. The crack of the wooden bat will shoot its way across the eager crowd just as it did on the stadium's opening day in 1949. The smell of hot dogs and popcorn will waft across the eager crowd and a new generation of Paducahans will soak in the summer tradition under the expanse of the West Kentucky sky. In many ways, time will seem to have stood still.

Greg is happy to see the Chiefs return and hopes it will get more people to come experience the game and the stadium. "I'm amazed at how many people come up to me and tell me that even though they aren't baseball people, they are excited about this. Even if you aren't a baseball fan, you'll want to go see this team and soak up the atmosphere. It's unlike any other!"

More information on the Chiefs' schedule can be found at brooksstadium.com. A complete history of Paducah's home team can be found in the book Paducah's Native Baseball Team by Randy Morgan. 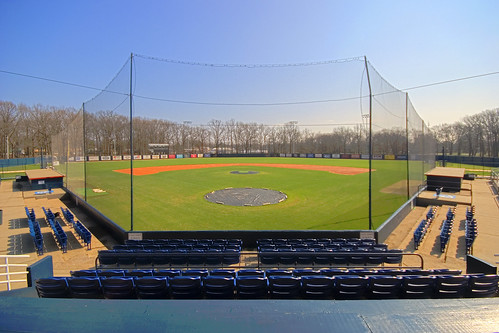