Can the Coke Plant be Saved?

This article first appeared in the Jan/Feb 2010 issue of Paducah Life Magazine.

Paducah is a city of landmarks. From Whitehaven to the Market House, buildings teeming with history dot our landscape. One of the most noticeable and iconic of them is the Coca-Cola plant in Paducah’s mid-town community.

Yet the building that most of us grew up admiring and ooohing and aaahing over, with its lighted dome and shiny doors, was actually a product of necessity. That need was born out of the mighty 1937 flood.

By that time, Luther Carson was already a successful Paducah bottler. But at a convention in New Jersey, he received word of the rapidly rising flood waters in his hometown. His employees at the bottling plant at Sixth and Jackson were busy trying to get all they could to safety. They eventually lost the battle with the Ohio River and rode Coca-Cola syrup barrels out of the second story window to safety.

An astute businessman, Mr. Carson wasn’t going to let the river interrupt his bottling business ever again. On Tuesday, June 20, 1939, the dedication was held for the new Coca-Cola building just west of the flood water’s reach at the inter- section of LaBelle Avenue and Broadway in the former Wallace Park suburb, an elevated section of town that had become popular for commercial and residential development. And for most Paducahans, it was a building like no other.

The architect was Lester Daly of Metropolis, Illinois. He described the design as modernistic with nine facades and only four right angles in the whole building due to the odd shape of the lot. The exterior boasted red brick and Bedford Indiana limestone. And the building was built to last and withstand the rigors of heavy trucks and machinery.

The concrete flooring of the first floor was covered in rubber tile with the exception of the vestibule which was done in Terrazzo tile in a swirl pattern with the Coca-Cola logo in the center. Mr. Carson also placed in the vestibule a jewel in the crown of Paducah history: the foot-powered capper he used to start his business.

The most recognized part of the building was the rounded vestibule that led up to the dome that capped off the building. The furniture for the vestibule, such as the leather couches, was specially built for the plant to fit the curvature of the walls. The stairway leading up along the wall to the second floor was also specially built for the plant out of solid nickel bronze. To the rear of the room is a set of double doors leading to an observation platform where visitors could watch the bottling process in action.

But the real attention getter is the dome that rises 45 feet above the floor and contains glass bricks with neon tube lighting that could display up to seven different colors. A light show way ahead of its time, most local residents remember the glowing dome as light radiated through the glass bricks. In later years, the front of the building was graced with a neon and bulb sign representing the famous Coca-Cola logo. With many light movements and changing colors, anyone driving toward Broadway down Lone Oak Road after dark was in for a real treat.

Hanging inside the dome was a four-paneled, glass chandelier that stood six feet tall. It was in the exact proportion of a hobble skirt Coke bottle and lit by tubes that gave the bottle complete illumination. The main entrance doors are stainless steel and protected by a stainless steel marquee. Both have handles with the Coca-Cola trademark.

All the furniture in the offices was specially built for Mr. Carson’s vision. As of the 2003 hundredth anniversary of Mr. Carson’s business, the furniture was still in use. The equipment in the building boasted an amazing redundancy to prevent downtime in the bottling process. There were two bottle washers, two bowlers, over six miles of wiring, and over 300 electrical outlets.

Unfortunately, many of the items that were hallowed treasures in the building have been removed. Currently, ownership of the building has been transferred several times. But the landmark building still stands as a tribute to Luther Carson, who knew what he wanted and what was needed and was able to bring them together in his visionary design and construction.

His concern for his employees and the community benefited the whole of Paducah, and one look at his magnificent Coca-Cola plant lets you know he was a special breed of man. 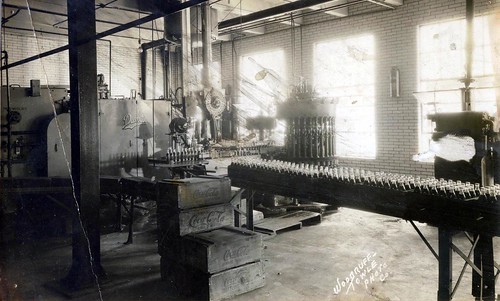 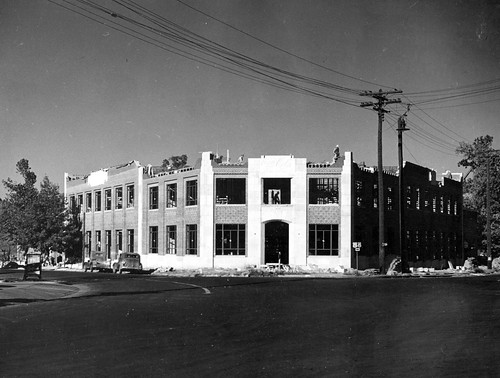 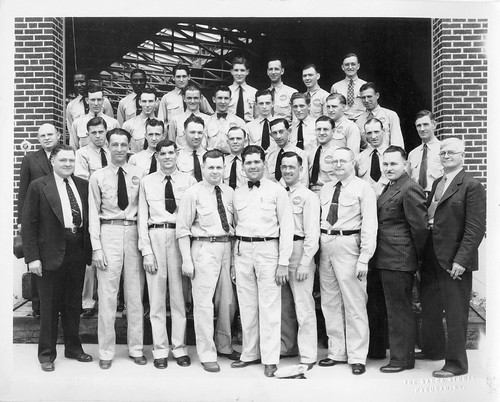 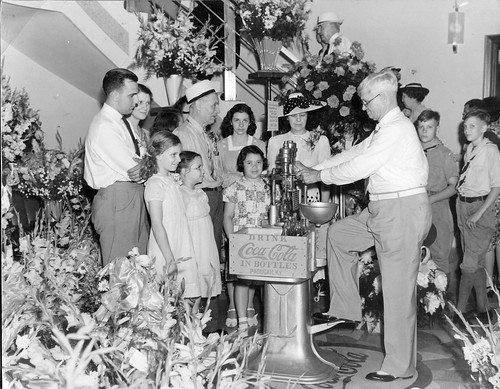