Carl Cook never set out to be an artist. Born in 1905 in Paragould, Arkansas, he moved to Illinois with his parents where he graduated high school and earned a Bachelor of Education from Illinois State University.

"He was a kind, soft spoken man," says niece Brenda Dowell, "so I think teaching was difficult for him. He probably couldn't control the children on account of his demeanor."

After ten years of teaching, Carl went to work as a tool and dye maker for International Harvester in Moline. He also married Nora Crabb from Southern Illinois.

"International Harvester thought employees needed some activities outside of work," says Brenda, "to help with stress relief. They did things like golf and other activities. Carl and Nora took painting lessons."

In those lessons, Carl and Nora discovered a passion that would remain for the rest of their lives. Both painted prolifically, honing their skills and expressing their views of the world around them.

Upon retirement in 1973, the couple moved to Paducah to be closer to her family in Southern Illinois. "They were very active," says Brenda. "I think they were drawn to Paducah because of what the city had to offer." Not long after, Carl's brother Maurice, who had been a microbiologist for the state of Illinois, moved to Paducah as well.

It was in Paducah that Carl and Nora's work flourished. They joined the Paducah Art Guild and focused on capturing Paducah's beauty in oil paintings. Carl crafted his own frames, often fusing the painting to the frame in a singular work of art. He included descriptions on the back of each, some of which showed his panache for whimsy. On the back of his work "Noble Park Lagoon" he included the two-line poem "When out for a lark, the place to go is Noble Park."

"Nora's paintings were pretty straight forward and more realistic," says Brenda. "Carl's were a bit different. He had a unique view on life."

"Aunt Nora was as easy going as he was," adds Brenda. "They complimented each other so well. He was so interesting. As they got older, sometimes he'd get up in the middle of the night and paint. I remember once he took one of her paintings and made all of the trees red. She asked, 'Why'd you do that?' He said, 'That the color I see them.' I think she finally broke him of doing that to her paintings, however." Nora's paintings rarely escaped Car's influence, however. Many have poems by Carl on the back.

Carl's work gained a local following, and soon, went beyond Paducah. In 1985, at the age of 79, Carl received an invitation from state Arts Commissioner Crit Luallen to have his work exhibited in the capitol in Frankfort followed by a showing in Lexington. His paintings, along with those from Mary Yeiser, were displayed. "For us and future generations, these hardy individuals are vital links to our cultural history," said Luallen (The Paducah Sun, February 17, 1985).

After Carl's death in 1994, his work on the market became scarce. Some had been sold through the Paducah Art Guild over the years, while others remained with family members. His brother Maurice held on to a large collection.

"I met Maurice when I worked at Merrill Lynch," says Joy Hadfield. "He was a client of ours, and he would come in and gift stock to places like the high school and library in their hometown."

Joy didn't know Maurice outside of the working relationship, but soon came to know both Maurice and his late brother Carl as private, frugal people who believed in giving of themselves to help others. They also believed deeply in education.

"He took a liking to me and asked me to be the executrix of his estate," adds Joy. "I agreed. He left a lot to different charities and schools. That's just the way he and Carl were.They were very philanthropic." In addition to the various charitable donations, The Carl and Maurice Cook Scholarship Fund, a permanent fund, was established at their alma mater, Illinois State University.

What Joy didn't expect was to personally receive many of Maurice's personal goods, including paintings by Carl and Nora. There were a large number of them in his home, and Joy had no choice but to store them as best she could.

Before long, she decided that they needed to see life again. "I contacted the Yeiser, and we decided to do an auction where part of the proceeds would benefit them."

The auction, set for April 30 at 7 P.M. at the 1857 Hotel downtown, is the perfect tribute for Carl's work. He gifted many of his paintings during his life, and he lived frugally so he could give of himself to the organizations he loved. It was simply part of his nature. He saw all he had as gifts to be used for the benefit of others. And now his art will give back to the Yeiser, which once gave so much to him through the Paducah Art Guild. As Carl said himself, "Let us be liberal with gifts—not stingy." 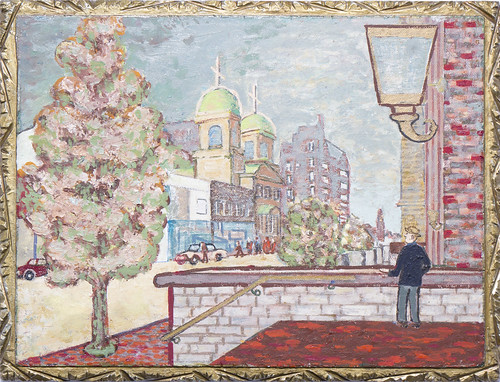 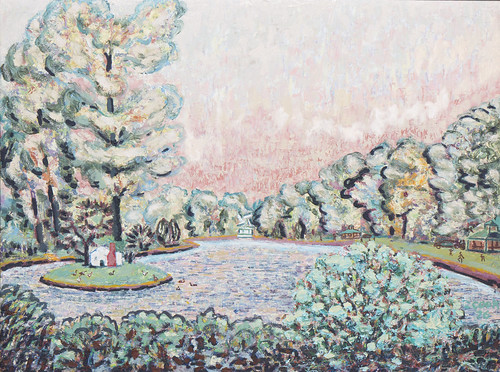 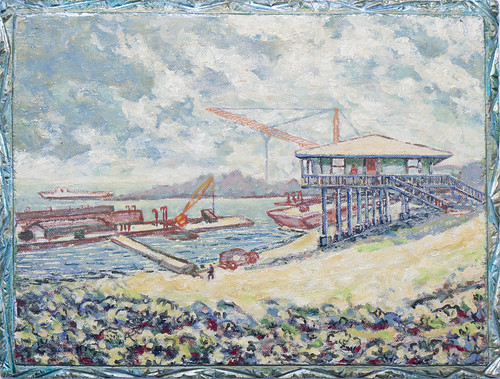 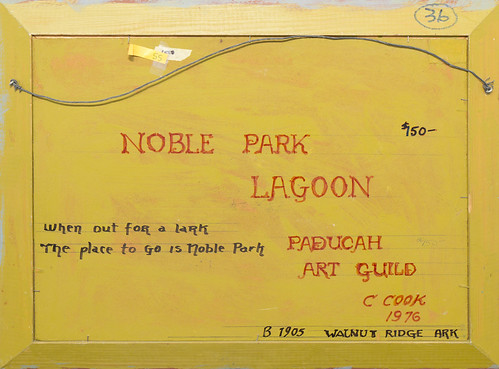