It’s a long and winding road to the holiday home of Randy, Stacey, and Joshua Davis in the far reaches of Ballard County. Only the starlight of a cold winter night illumines the two-lane road that leads not only to the multi-generational home of the Davis family but into the past lives of early residents of this rural part of western Kentucky.

It was the turn of a new century and Lap and Maude Fraser built a house in the midst of thousands of acres of productive farmland. Their white frame homestead was the centerpiece of what would become, over the next five generations, a place of hopes and dreams, of new beginnings and life’s endings, of long days of hard labor and happy holidays filled with homespun treats and homemade trimmings.

Decades of adjustments and additions and updated accouterments would eventually leave an early architectural specimen ripe for the uniquely suited skills of the Fraser’s great grandson, Randy. A house built with the love of a newly formed family would ultimately become a labor of love for perhaps the last family member to inhabit its historic framework.

“I began the process of renovation in 1997,” says Davis. “The house just had so much to offer me both in terms of my family lineage and with regard to the preservation work I could utilize to bring it up to a livable standard and to keep its history alive.”

And history it has. Randy’s grandmother, Sarah Francis Fraser Word was born in the house as was his mother, Linda Word. His great grandfather Lap died in the house. “The story goes that the coffin wouldn’t fit through the front door so they took it out the front window. Of course, the visitations were at the house at that time.”

So as Randy surveyed the less than desirable condition of the house in the late 90s he made a personal commitment to saving a family heirloom while creating a beautiful and bountiful portrayal of his family’s structural story.

As Randy chipped away at peeling paint and layers of wallpaper, he unearthed a few mysteries along with several nice surprises. He soon had a blueprint of the original house plan and even found doors and bannisters, which to his delight, were able to be reincorporated into the current design. “I was able to restore all the windows to their original size and shape and to salvage most all the original glass,” he comments. “The floors are all original and they’re fir which I think is unusual.”

Randy found a pocket door in the “Delco building” which he managed to rehang in the entryway to what now constitutes the Davis den. “I believe this outbuilding was built in 1908. Apparently the building stored the batteries that were charged by a generator for electricity in the early days. Thus the name we’ve always know it by—the Delco building.” It’s now a lovely potting shed.

Randy is an avid historian and collector. So now the Fraser farmhouse is not only a revival of early architecture but also a backdrop for Randy’s curatorial displays of local and international artifacts.

Even though at any time of year this lovely landmark makes a remarkable statement of classic country charm, it is particularly dazzling in the days when the glow of Christmases past and present visit themselves so beautifully upon the motifs of the Fraser family home. 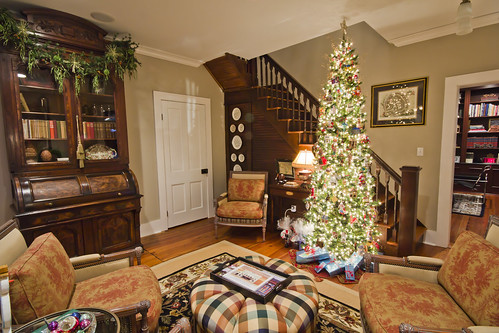 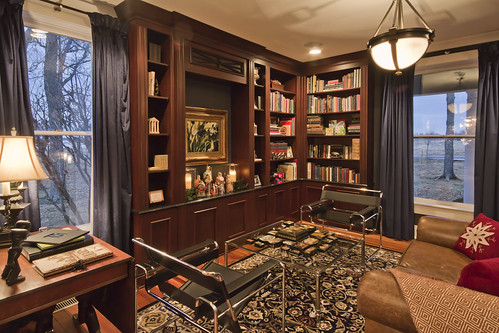 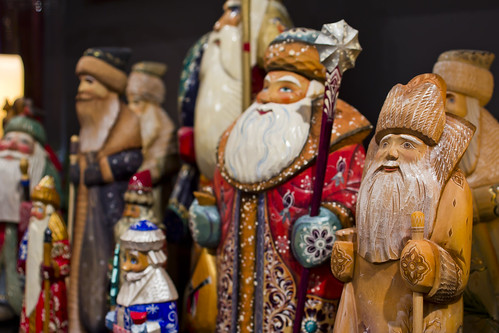 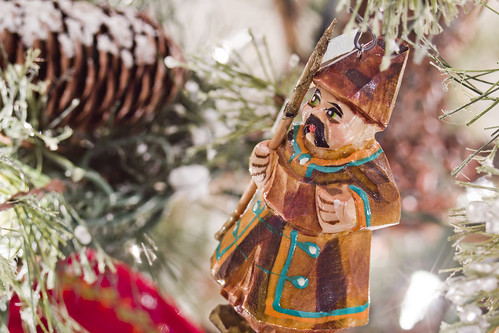 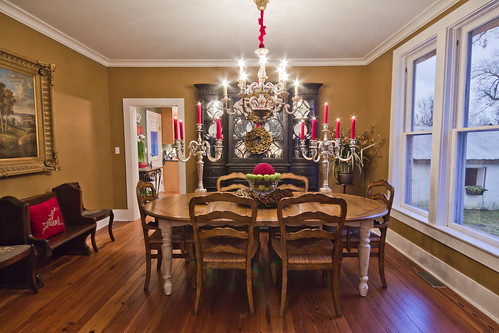 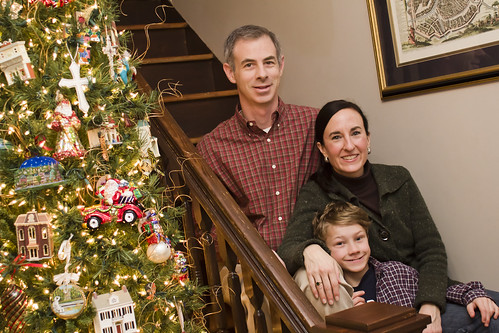 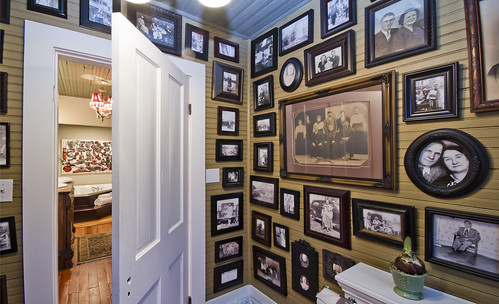