Southern Illinois is known for its lush, rolling hills, laden with grapevines that give birth to a booming wine industry. Then there's Shawnee National Forest, attracting thousands of visitors to its dense flora, rocky crevasses, and panoramic cliffy heights.

Among the nooks and crannies is a collection of offbeat, fascinating, and sometimes downright weird attractions that make for an interesting day trip. Here are a few of our favorites!

Alto Pass is a vintage town just southeast of Carbondale. In the midst of the original, western-styled downtown strip resides a business whose cup overflows with oddity.

The Rootbeer Saloon is the brainchild of former SIU administrator Michael Blank, and the business is just as eclectic as he.

After years of traveling the country on his motorcycle, Michael and wife Cynthia Lucas decided to pour their experiences into the Root Beer Saloon. The cornerstone is a few craft root beers imported from up north and served cold from a tap.

But don't let the name fool you. Root beer is only a small slice of the Saloon's offerings. The business is also a restaurant where's Michael's love for cooking feeds the often surprised visitors who happen to stumble in. Deli sandwiches, floats, malts, and shakes are only the tip of the iceberg. Michael's penchant for down-south seafood often shows up on the menu in the form of gumbo, cajun crawfish, and even lobster. 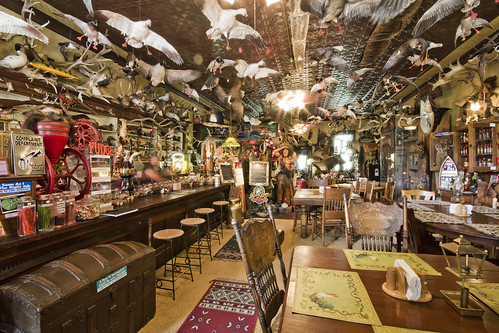 The interior of the saloon is a dizzying array of visual stimuli. Michael's personal collection of taxidermied waterfowl occupy nearly every square foot, including the ceiling. Wooden indians, antlers, and even a taxidermied mountain goat help round out the ambiance.

Just east of Anna at the Trail of Tears rest stop on I-57 north sits an unassuming memorial at the end of a long parking lot. It is a reminder of one of America's most beloved pigs, King Neptune.

Born in 1942 in West Frankfort, King Neptune was destined for the barbecue pit to raise money for the war effort. Plans changed, however, when an inventive Navy recruiter saw much more potential in the pig's porcine future. 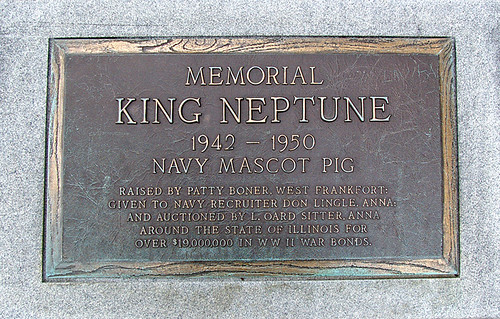 The recruiter put part ownership of the pig up for auction to raise war bonds. Some bought Neptune's squeals, while others laid claim to a hoof or two. His popularity soared as he made appearances all across Illinois. Before long, he donned a Navy blanket and silver earrings.

By the end of his touring run, his auctions had raised $19 million for the war effort (nearly $270 million in today's economy). After the war, the heroic pig retired to a farm in Anna where he passed away in 1950. He was buried with full military honors.

Just off Hwy 51 in nearby Makanda is another monument to an animal who lived to serve.

Boomer, the three-legged hound dog, was the beloved pet of an Illinois Central Railroad fireman. Not allowed to ride on the train with his master, Boomer would run along side the speeding locomotives whenever they'd come through town. Residents reported that Boomer would often outrun the train, news that did not please the owners of Illinois Central who were often ridiculed by competitors. 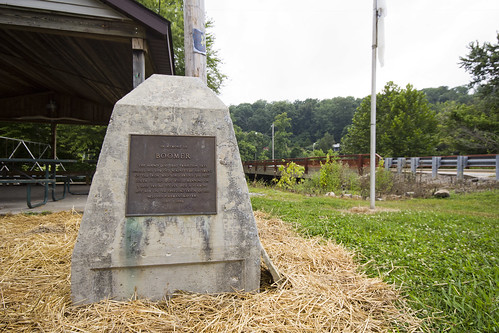 Legend has it that the railroad staged a race with Boomer on September 2, 1859. With the townsfolk gathered to watch, the speeding train's bearings overheated setting the grease aflame, threatening to catch nearby brush on fire.

Boomer rushed to help any way he could. One report states that he even lifted a leg to help douse flames and protect his master.

Hidden by steam and smoke, Boomer could not see a nearby bridge. He reportedly ran into it at full speed, dying instantly. The monument stands near the spot where Boomer's life ended all too soon.

For many years, Southern Illinois University sports teams simply went by the name the Maroons. In 1951, some of the university athletes were ready for a name change. We can't imagine why.

The south end of the state, long known as Little Egypt, set the stage for the school's new mascot, the Saluki. The Egyptian dog is one of the oldest pure-breed dogs with records going back to 3600 B.C. It proved to be a noble mascot.

In 1953, SIU obtained its first real Suluki. King Tut was the star of campus life, that is until he was struck by a car and died. 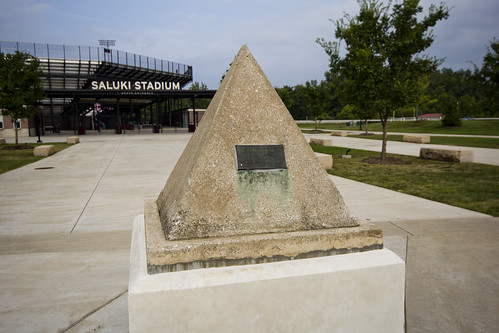 He was buried at the corner of the football stadium, and his fraternity erected a monument in the shape of a pyramid to honor their beloved pet. The pyramid still resides near the entrance of Saluki Stadium, and many students touch it for luck.

Jeremy, a long-time fan of the fantasy worlds found in Dungeons and Dragons, left behind a collection of hand-painted figures of wizards and knights. As his father, Barrett Rochman, studied the tiny figures, he dreamed of a place where the characters were larger than life.

Barrett purchased a plot of land across from the family home and went to work on a park that would honor the memory of his son and give children and adults alike a taste of the world Jeremy loved.

Dungeons and Dragons park, as it is most commonly known, sprang to life. A castle playground/jungle gym complete with knights at every turn is the cornerstone bulwark of the property. Children bustle about, discovering hidden doors and passageways. 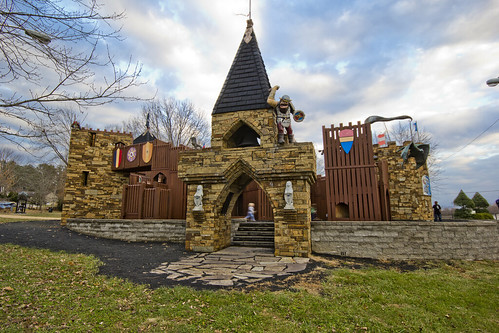 A massive dragon rests on another corner, a sly grin inviting children to climb upon its scaly skin.

Wizards do battle throughout the park; tall, imposing figures that were modeled after the miniatures Jeremy left behind. 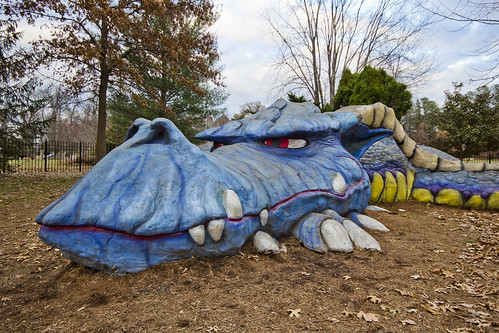 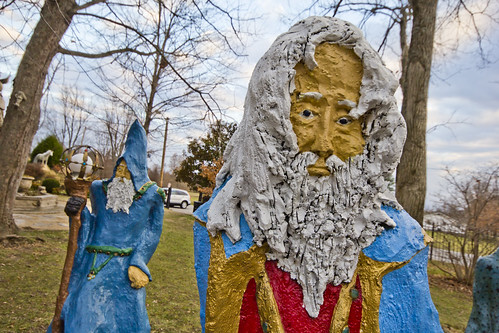