For nearly as long as there have been automobiles, there have been those who want to race them. The idea is purely American: bigger, better, faster. A mechanically inclined driver can show off his prowess with modifications that gave him the edge. Early races were simple: two vehicles aligned, a starting flag came down, and the race was on to see who could reach the finish line the quickest. As early as the early 1930s, drivers raced on dry lake beds in the west, topping speeds of 100 mph. In rural areas, racers found deserted backroads, coming together in the dead of night to avoid the law. The budding sport was fun, but it was also illegal and dangerous.

The term “hot rod” was coined to describe a vehicle that was modified to increase performance. Hod Rod culture soon followed as the public developed a fascination with the boom in automobiles and those who raced. Movies such as Devil on Wheels, Hot Rod Gang, Teenage Thunder, and Hot Rod Rumble exploited our nation’s fascination with racing. With taglines such as “Crazy Kids Living to a Rock ’N Roll Beat” and “Speed-Crazed, Thrill-Hungry…On a Date With Danger and Love!”, the culture of drag racing intrigued teens and terrified adults. The image of the teen girl standing between two revving hot rods, removing the scarf from around her head, holding it up in the air, and then dropping it before being left in a cloud of dust became iconic.

Paducah was not immune to the thrills of the race. Teens and young adults raced wherever they could. By the 1950s, former General Motors military tank test-driver Wally Parks had founded the NHRA (National Hot Rod Association) in an effort to increase safety by developing standards and getting races off public roads. Eventually, Paducah had its own drag strip. The McCracken County Drag Strip opened in 1968 just south of town and ran for nearly a decade. The strip was then sold, and the race lanes turned into a landing strip for small aircraft. The property operated as an airpark for decades until Keith Murt, a Paducah businessman and racer, purchased the property and returned it to the race community, officially opening Beacon Dragway in 2012. The goal was the same as the NHRA in the early 1950s: give people a strip for grass-roots racing.

While there are divisions for those who race professionally, at Beacon, anyone with a car, insurance, and a helmet are pretty much qualified to race. “You can run a regular, family, mini-van if you want,” says track manager, Kevin Gass.

“One family did that,” says Kim Gass, co-manager. “They drove up in a mini-van, the family got out, the dad and one of the sons ran it, then at the end of the day, they all got back in and went home!”

So how can one hope to win in a mini-van when competing against faster cars? It happens via bracket racing where two cars of unequal technical performance are given an equal playing field—and it all happens in the timing.

The first order of the day for racers is to complete time trials. During the trials, vehicles run the 1/8th mile to determine how long it will take that car and that driver to get from the start to the finish line. They then get a “dial-in time” which is a predictor of how fast it will take them to complete a race. When vehicles race, the dial-in times are compared, and the slower vehicle gets a handicap. For example, one vehicle may have dialed-in a second and a half slower time than its current competitor. That vehicle then gets a 1.5 second head start. Vehicles that go faster than their dial-in time can be disqualified, so in the end, bracket racing is about strategy, consistency, and on-point reaction times when the light turns green.

“You might have a car running 130 MPH,” says Kevin, “racing a car going 80. That 130 MPH car has to make a decision early because they can’t just breeze by the other one. This is a lot of mind games. You get to know racers’ personalities and styles and race them accordingly. It depends on the driver and how you play the game.”

“And it is an equalizer,” adds Kim. “For races where it’s the first to the finish line, it’s usually whoever has the most money building the fastest car. In bracket racing, you don’t have to have the fastest car and the most money. If you do your job on both ends of the track, you can win.”

And in this sport, truly anyone can win. It may be the person who drove in with an expensive car in an equally expensive trailer, or it may be the guy who races the same car he’ll drive to work on Monday morning. NHRA bracket racing levels the field, granting respect to drivers from diverse backgrounds and experiences. In the end, it bonds together a community of racers who want to see one another succeed in spite of where they’ve come from.

While there is the thrill of flying down the track, the infectious smells of racing fuel and burnt rubber, and the rumble of unrestrained engines, what many find to be addictive about the sport is the family they gain within the racing community. Like in the early days of drag racing, there is a culture around the sport. At Beacon, that culture is one of family. In the pits, one can see fathers and sons working together on cars. Smaller children play with their siblings. A mom walks the family dog. For them, all the faces are familiar. The interwoven community bond is tight. Racers help one another, freely offering up time, assistance, and many times parts and tools. And every Saturday, every single one of them wants nothing more to be at the track with the racing and people they love. 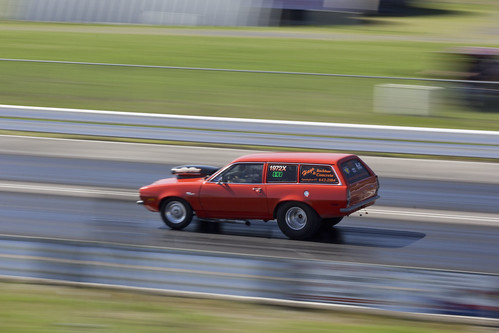 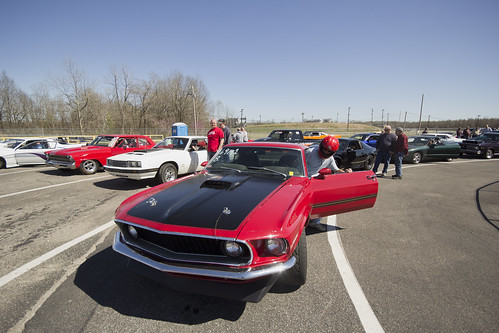 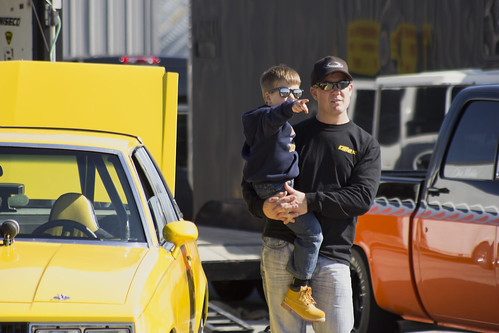 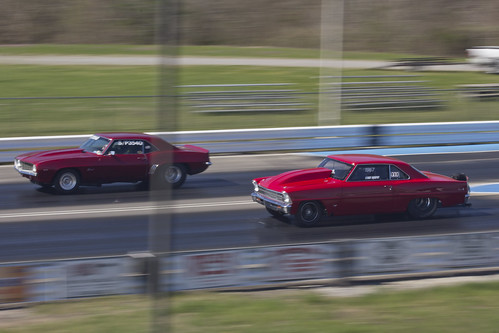 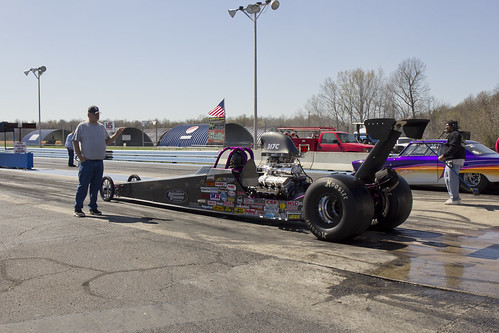 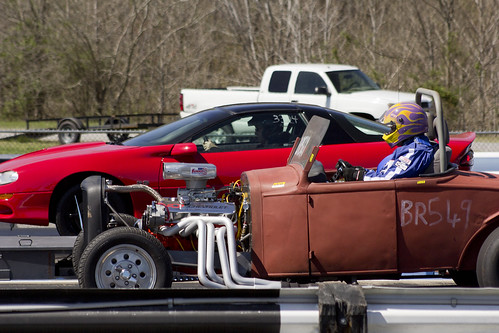 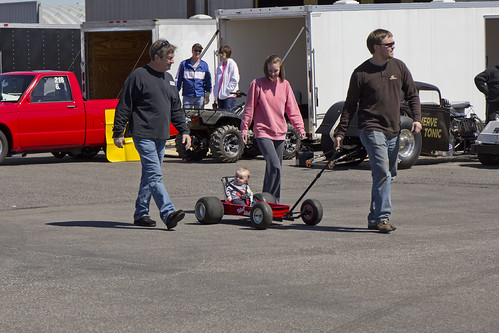