Before the era of the big-box store and ease of travel, ma and pa markets dotted the American landscape, serving even the smallest of communities.

Over time, however, the tiny grocers and variety stores found no place in modern, American life. One by one, they closed their doors. The few that remain are throwbacks to a different era; transports to a simpler time when life's necessities were purchased from your neighbors.

Right smack-dab in the midst of the hustle and bustle of Paducah resides one such throwback that defies the modern march forward; and owners David and Tammye Rogers carry on a tradition in spite of the world around them. And Paducah couldn't be more grateful. 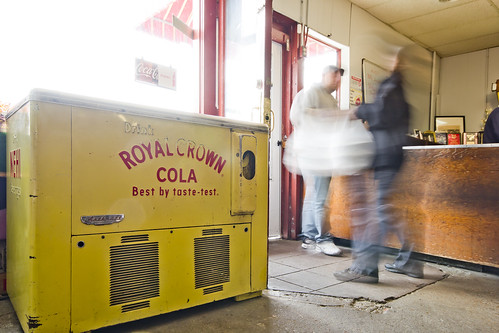 "As far as I can trace," says David, "Driver's Grocery and Deli goes all the way back to the early 1900s. There have been about five or six owners. Someone will buy it, run it until they retire and then pass it on."

As David sits behind the time-darkened counter at the front of the store, he keeps an eye on what's going on outside the window. He spies two elderly ladies, both dressed to the hilt in fur coats, gloves, and hats, as they slowly make their way toward the store.

"Here come two of my girls now!" he exclaims. He snaps to attention to get to the storm door. He throws it wide open. "Y'all are running a little early today," he says.

"We had to come before it gets any colder," the first through the door says. "And I hear it's gonna get colder tomorrow."

David makes his way to the back to man the deli counter and serve his faithful patrons lunch. They chat more about the weather, what's going on in the neighborhood, and the boy across the street who is supposed to be raking leaves but has been in the front yard all day doing more playing than raking. Orders complete and lunch in hand, the duo exit. "See you tomorrow!" they both exclaim.

"We do have a lot of regulars," he says, taking his place once again behind the store's original cash register. "A lot of time, the girls in the deli will have a customer's order made before they even reach the back."

The deli is Driver's bread and butter. It existed from the beginning, but over time, the groceries took a back seat. A smattering of canned foods, biscuit mixes, and other various food items dot the antique wooden shelves. But most customers come for freshly prepared lunches. 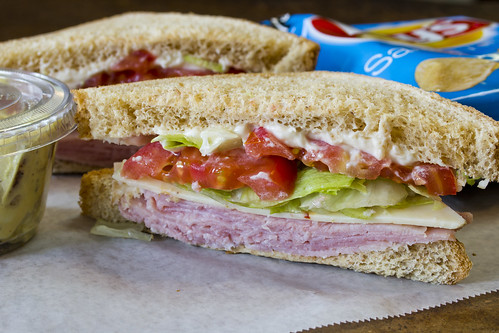 "We have our sandwiches, and we offer a daily hot lunch menu as well," adds David. "Now that it's cold, we keep a pot of chili going all the time." Some of the daily specials include fried chicken, barbecue, pork chops, and meatloaf.

While David has brought his own cooking expertise to Driver's and has expanded the business into catering, he admits that tradition in the old store is strong, especially with some of the food items. "When I started, I had a rib recipe that I just loved and thought about trying for our customers. But once I was down here, I realized that I just couldn't change the recipe that was in place. I might have had a revolt! So for a lot of stuff, we are doing the same things that have been done here for years. I think the good food keeps people coming back more than the historical aspect."

Most are hooked as soon as they step through the front door. The aroma of home cooking drifts through the air on magical currents to greet every visitor. Aromas swirl about alluringly, arriving gently to one's nostalgic sense of grandma's kitchen.

Many of the regulars are Driver's ambassadors, sharing the good news of the hidden treasure.

"I've been telling him he needs to get in here!" says one such customer as she slaps her coworker on the arm. She then introduces him to the deli girls. "People just don't know what they are missing, and I can't stand it!" she adds. Her experience is typical as loyal customers bring new converts daily. 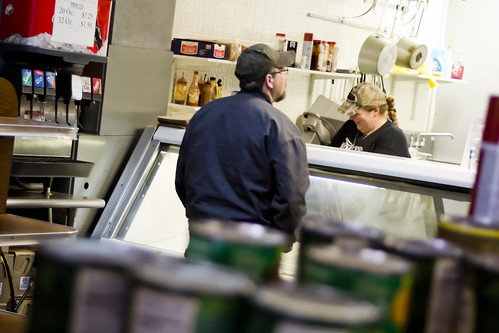 The appeal is far reaching. From doctors and lawyers to the blue-collared who spend their days laboring in the elements, Driver's is a melting pot of Paducahans. And David knows most of them by name.

"It's fun keeping this tradition going," says David. "I can't tell you how many older people come in and tell me they remember being here when they were children. We want to keep it the same."

And who knows; perhaps nearly a century from now, a loyal patron will take a step through the storm door, greet the new owner, and tell of their memories of coming to Driver's as a child.

Driver's Grocery and Deli is located at 816 Clark Street near the McCracken County Courthouse. Daily specials can be found on their Facebook page. 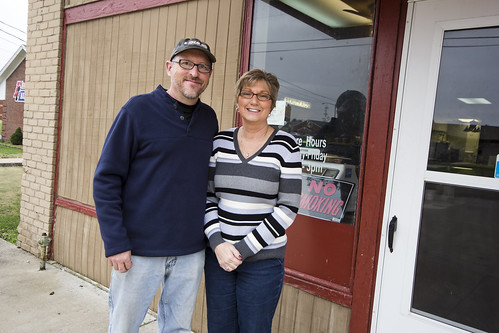