Brothers Jim and Tom DeCillis spent most of their lives as nomadic businessmen. Both worked within the energy industry, managing construction of new facilities in the oil/gas sector. Separately, they globetrotted to every continent.

"Between the two of us, we moved dozens of times," says Tom. "We've been in the cities and suburbs, new homes and old homes, condos and apartments, and both warm and cold locales."

Their adventures took them to the United Kingdom, Thailand, Korea, Russia, Norway, South America, the Middle East, Africa, Canada, Australia, and many points within the United States. By 2000, their paths converged as they both ended up in Houston, Texas, both employed by ExxonMobil.

They pondered retirement, longing for a more permanent home. But where does one live after having traveled the world to see the possibilities?

"The bottom line is that we had a good idea of the various lifestyles available," says Tom. "But most options are single-dimensional. In the suburbs, there is little character, and you can feel isolated. The cities have a cosmopolitan lifestyle, but that comes with cost, crime, and difficulty in accessing amenities. And honestly, most of these places are from the same cookie cutter. Sure, they have a few things that stand out, but the majority of it is a repeated pattern of stores and malls. They have some bragging rights, but no real value.

"We also looked at some traditional places like beachfronts. They are nice on the surface, but what do you do after you walk the beach for a few weeks?"

As the brothers mulled over what they wanted from a retirement locale, their imaginations stretched back, perhaps subconsciously, to a time before they were set in motion to travel the world. No matter where they'd roamed, their hearts remained attached to their childhood in the town of Grand Island, New York. The aura of their upbringing and simpler times tugged at their notions of the ideal home.

Their oldest brother, who'd worked a government job, had followed the path of some of his co-workers and retired just outside Hopkinsville. Jim and Tom visited and started to ponder the possibilities of coming to Kentucky.

"We looked at places like Hopkinsville and Madisionville," says Jim, "We are both attracted to historic properties and wanted a town with that historic charm and character."

In 2007, the brothers discovered Paducah via the Internet. They flew in from Houston to look at the Elks Lodge building (now The Grand Lodge), which was for sale. "We were going to set up two, large apartments," says Tom, "but its large size and numerous upgrades that it required set us to looking at other properties. Fortunately, a large, restored Victorian home on Jefferson came on the market, and I decided to buy it. It is very reminiscent of our Great Aunt's house and reminded us of our childhood."

As Tom settled down, Jim continued to work in Russia on a four-week-on, four-week-off rotation. He'd settled on purchasing part of the St. Mary Academy building on Monroe. The space provided an ample living space along with plenty of area to house his collections of collectibles, which had been in storage for quite some time. He turned the downstairs into an homage to Main Street U.S.A, complete with a diner, toy store, barber shop, movie theater lobby, and an old-fashioned, auto mechanic lobby. Many of the collectibles, especially in the toy store, are from the brothers' own childhood belongings.

The two quickly got involved in the community, supporting causes and efforts that add value to Paducah. And the longer they lived here, the more they discovered.

"Most places seem great on the surface," says Tom, "but limitations and issues arise over time. The exact opposite has occurred in Paducah. In the six years we have been here, we continue to see even more reasons to live here. The biggest draw is the culture. We attend most shows and concerts at the Carson Center as well as Maiden Alley and Market House Theatre. And we look forward to the Columbia Theatre restoration. Local events such as BBQ on the River, Oktoberfest, the Zombie Walk, Halloween on Jefferson, the Christmas parade, and numerous charitable events provide an unlimited ability to watch or attend events. And everything is easy to get to."

Their enthusiasm quickly spread. Two cousins who visited during Halloween on Jefferson Street moved from Tennessee, building a house of their own on Jefferson. Their oldest brother, Pat, moved to Paducah in 2012, and in 2013, Jim and Tom's parents (Pat and Doris) moved here from New York into a historic home that the brothers had restored. 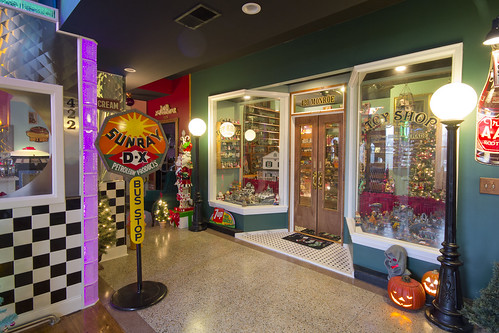 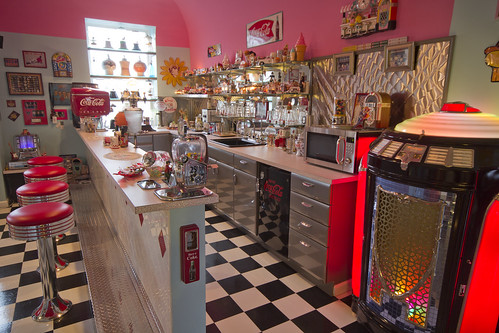 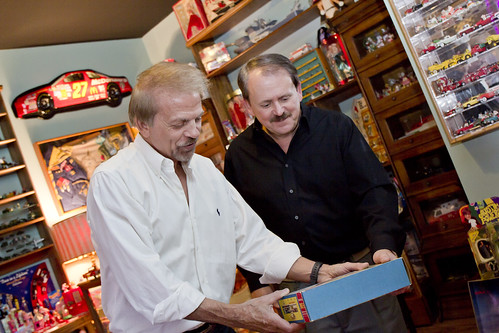