In 1903, a Paducah riverboat engineer and his wife welcomed to the world a son. Hugh Logan Edwards, Jr. came into a nation full of promise—a progressive era of rapid changes and societal improvements as the country continued to push for a turn from the Civil War to a refining of the ideas of democracy and industry. Among the revolutions taking place, Kodak introduced the consumer camera, the Brownie, at the turn of the century. The Brownie put the power of photography into the hands of the public for the first time. It is rather poetic that Hugh and the Brownie would enter the world at nearly the same time at the turn of a century. No one knew where each would go, yet the history of the two would intersect, forever changing Hugh and the face of photography in America.

Hugh was destined from the beginning to see life differently. In infancy, he suffered from a bone disease which left his legs permanently altered. For many years, his parents pulled him in a cart. He eventually learned to walk with the aid of crutches which he had to use for the rest of his life. He constantly looked outside of himself, possessing a natural curiosity that transcended what he was taught in school. When his aunt gave him a $2 Brownie camera, his world opened up. Later in life, he told a reporter, “I liked it because you didn’t have to be an artist to use it. You didn’t have to go 500 miles to the Art Institute of Chicago to learn how to make pictures.” He also loved how the camera captured snapshots of life at a time when the term snapshot was not a common part of the vernacular.

Hugh’s photography skills developed, and, by the time he got a job at Paducah’s Carnegie Library, he had his own style. He captured Paducah’s people (mostly friends and family), many in and around the library. His growing portfolio cemented a period of life in our city.

In talking about his influences, Hugh said in a 1972 interview that, “The first photographs that I liked very much—I’m always glad that I never thought of them as photographs or anything, but what they represented—was the set of the old Review of Review’s Photographic History of the Civil War in ten volumes—these blue cloth things—in the library in Paducah. The stacks were right behind the charging desk, and they were all mixed up. One summer, I gave myself the job of straightening up the small stacks. It was the finest, small library collection I’ve ever known. And Brownie came into everybody’s lives. And I made a lot of pictures.”

Hugh grew up with musical training, and, after high school and seven years at the Carnegie, left Paducah at the encouragement of his parents to study at the Chicago Musical College. While there, he got a job at the Art Institute of Chicago. He began part-time, selling programs for exhibitions. Eventually, he went to work in the Department of Prints and Drawings and moved his way up to the position of assistant to the curator, Carl O. Schniewind. Much to the delight of Hugh, Schniewind instituted occasional photography exhibits, one of the first times photography was considered to be a part of serious art. Later, under Hugh, the museum instituted permanent photography exhibits, even though Hugh was initially worried about how that move would be received in the art world. In a letter, Hugh stated that “Other than the Museum of Modern Art in New York, the Art Institute of Chicago is the only major museum in the United States which has continuous shows of photography.”

Hugh became a champion of the photographer. “Looking at photographs,” Hugh told the photography writer Jacob Deschin in 1965, “enlarges one’s awareness of the world, makes one increasingly more conscious of many things in life one did not know before, inspires fresh perspectives.” Although Hugh was largely unaware of his influence, and even though he rarely spoke publicly about his own opinions when it came to photography, his work as a curator was quietly shaping the world of photography. He was one of the first to curate shows by singular artists and gave many of the 20th century’s most influential photographers their very first platform. His own work affected the field. For the entire decade of the 1950s, he visited a roller rink in Harvey, Illinois, photographing life as it unfolded within its walls. Hugh helped shape fine-art and documentary photography into art forms.

The magic of Hugh’s work partially lies in the fact that he took to an early and serious study of photography when there was nothing to study. The genre was wide open with no set rules or standards. It was intensely personal. Later, the work of Hugh and photographers like him would be studied to create a formula for obtaining similar results. According to Hugh, who never had much more than a high school education, the field of photography lost some of its vitality and excitement when technique became an educational endeavor. “Everything now is dominated by teaching,” Hugh said later in life. “If you want to be an actor or photographer or whatever, you go to school. That’s all right, but it makes for standardization. When I started as a curator, it was fun. It was new. You were something then. Nobody knew what you were talking about.” Hugh stated that in the early days, it wasn’t about technique—it was just a miracle that it was being made. “I didn’t care if it was about art or not. A great picture is something that awakens something—a very different reaction in each person who looks at it.” And his aim as a curator was just as simple: “I wanted people to look at as many kinds of photographs as possible and become able to identify the unique and excellent in any guise in which they might appear.”

SOME OF HUGH’S PHOTOS, THE EARLIEST SNAPSHOTS OF PADUCAH

The complete collection can be found on the McCracken County Public Library website. 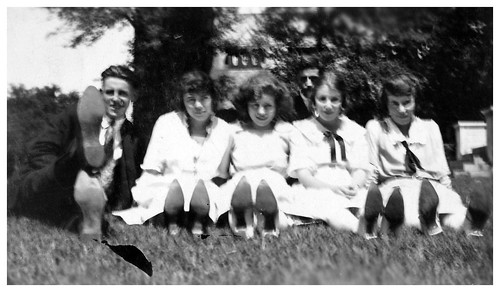 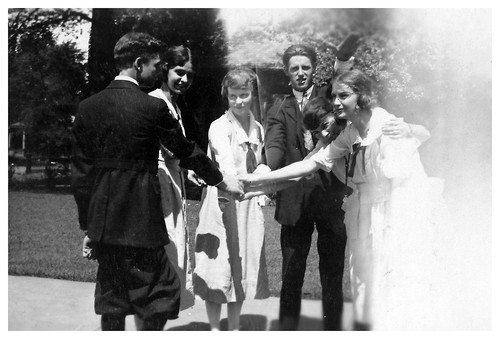 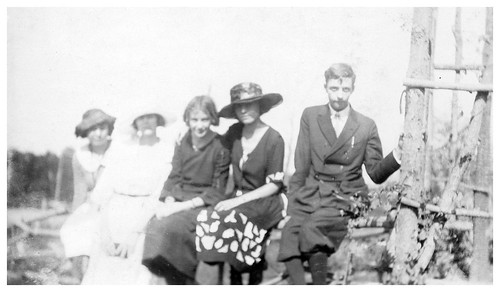 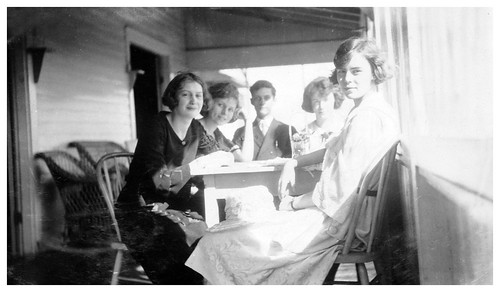 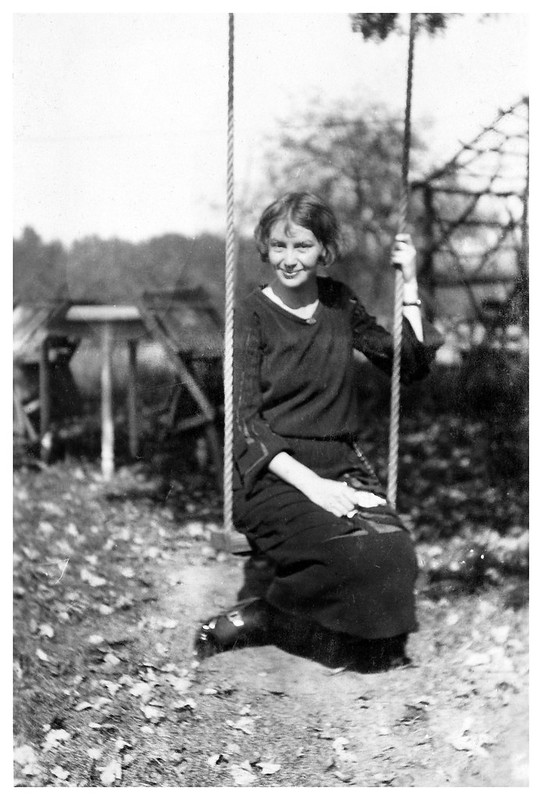 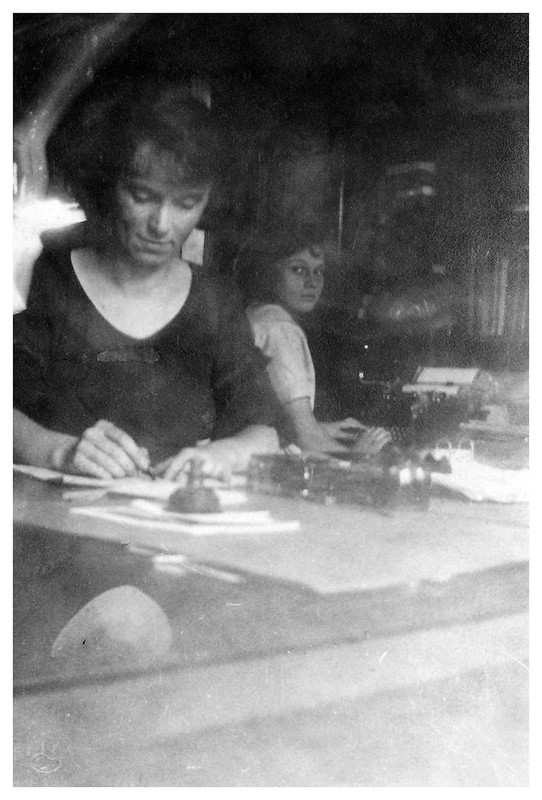 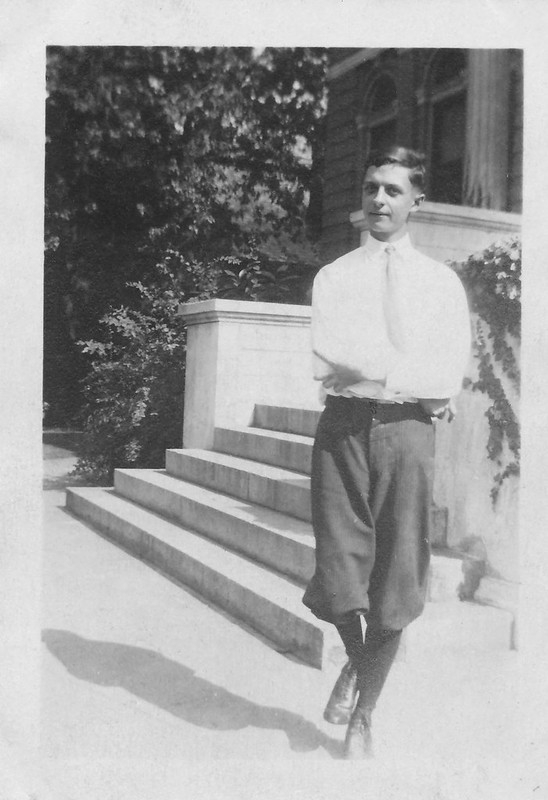 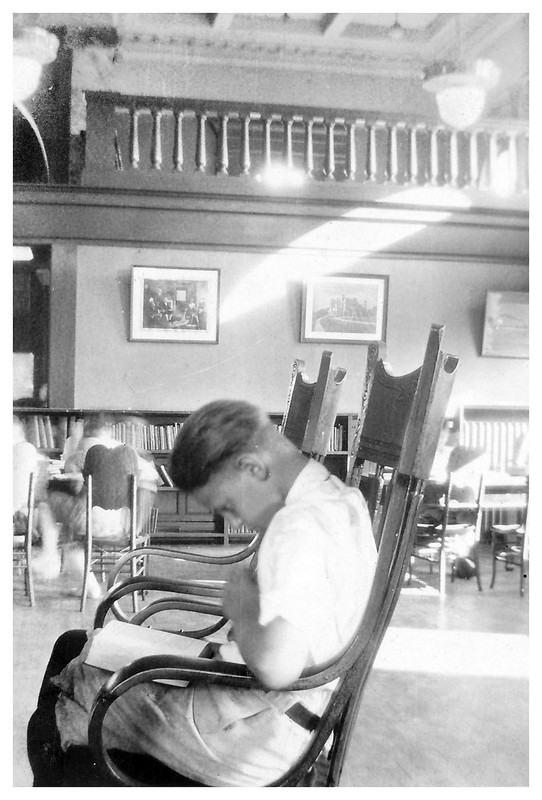 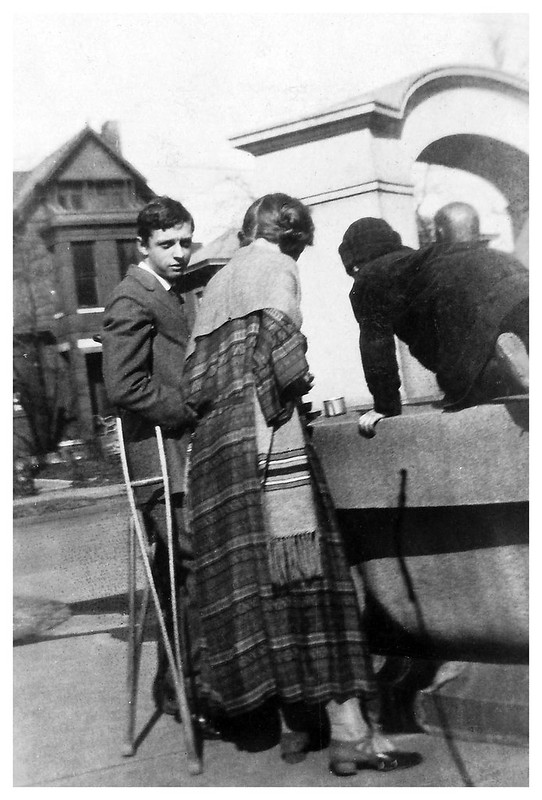