It’s What The BUZZ Is All About
Add comment

It’s What The BUZZ Is All About

Chuck Collins weaves his way among a row of beehives at his apiary behind the Bee Barn on Clinton Road. He removes the lid from one and lifts a frame from the box, revealing the intricate honeycomb pattern constructed by this complex colony. The worker bees continue their busy activity in spite of Chuck. A buzz of activity swirls about his veiled face, the humming sound becoming completely immersive. Chuck’s on the hunt for a queen, and this time, he finds one right away.

“There she is,” says Chuck. To the untrained eye, one might assume it would be like looking for the proverbial needle in a haystack. “They are unmistakable once you see them,” he says. “You just have to get to her.”

Chuck is fascinated by the life of bees, a passion that developed from the hobby of his late father in law, Richard Broyles. “He started keeping bees in the 1990s,” says Chuck. “He had been thinking about having them to pollinate his garden.” After talking it over with his wife Annie, who was a teacher, she discovered a swarm of honeybees outside her classroom the very next day. They felt it was divine assistance.

Richard became a prolific beekeeper with more than 100 colonies. He raised queens, provided pollination services, and produced honey. Annie was in charge of the retail side of the beekeeping endeavor and sold honey and beeswax products at the local farmers’ market, mostly to pay for Richard's beekeeping habit. Richard went on to become an officer in the Lake Barkley Beekeepers Association and the Kentucky State Beekeepers Association. 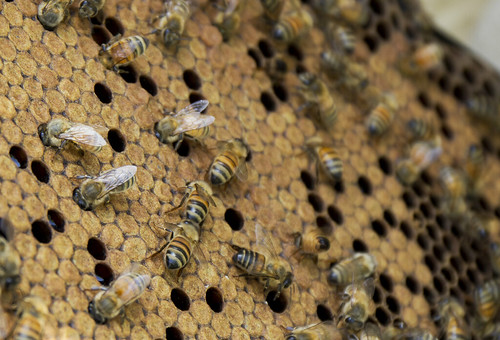 “He became pretty well-known among the beekeeping community,” says Chuck. “Unfortunately, we lost Richard in 2011. At the time, my wife and I lived north of Atlanta. I had the opportunity to change careers, so it looked like we could move back home. In 2012, we took Annie to a beekeepers association meeting in Somerset where they gave her a lifetime achievement award. While there, I kept hearing about how difficult it had been dealing with the established beekeeping supply companies. I got to talking to people about opening a beekeeping store, and once I really saw the opportunity, decided to do it. There’s quite a following of beekeepers in our area.”

In that, the Bee Barn was born in Richard’s old garage and workshop on Clinton Road. “Every year, we’ll sell up to 1500 colonies of bees,” says Chuck. “We also have a loyal following of folks who buy our honey.” Chuck also sells everything one needs to keep bees, from beehives to suits to queen bees—and he finds the demand for supplies increasing every year.

“Let’s say someone comes in and asks about getting into beekeeping,” says Chuck. “I joke about it and tell them I’m there to talk them out of it. If a person is in it for the honey, I tell them to keep buying local honey. It takes a little bit to get going in this, and you hear about the stories of the decline in bee population. It’s true. There is a 30% colony loss every year. You really have to start with more than one hive because those losses are real. But if you are going to keep bees, you are going to have to manage those losses. That’s done by having more bees who are making more bees. With proper management, we’ve seen the United States honeybee population rise to a twenty year high. So maintaining one’s own population takes a commitment.”

For many, the challenges are worth it. Honeybees are among the most effective pollinators in the world. They are also some of the most fascinating creatures to observe. The colonies are complex with worker bees taking on different roles as they age. Communication is intricate, effective, and nearly non-stop as they got about their collective, ever-changing activity of the day. Their relationship is one of community with the health of the colony and queen of utmost importance. Their importance to our planet is undeniable and their intelligence still not completely understood.

Even though Chuck realizes and shares the challenges with would-be beekeepers, he is pleased with the increasing numbers of those interested. Chuck is now in his second year as president of the Lake Barkley Beekeeper Association, continuing where his father in law left off, educating the public about the fascinating lives of bees. “We stay very busy,” says Chuck. “Every April we have a bee school hosted by our master beekeeper Kent Williams, and it has grown to around 150 people a day in attendance. Bees are fascinating.”

Satisfied with the health of the colony and the queen, Chuck lowers the frame back into the hive. His mind is abuzz with hundreds of facts about bees as he thinks about how to use that information to make these colonies grow and thrive. From this little patch of land in McCracken County, bees will be sent to find new homes, create new colonies, and perpetuate the cycle of life we all depend on. 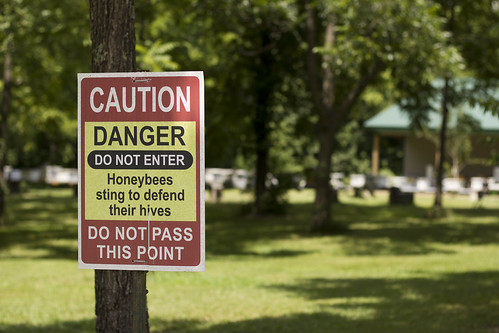 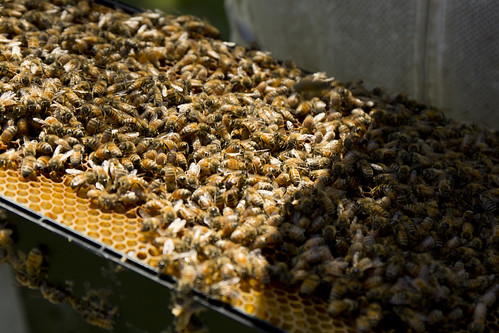 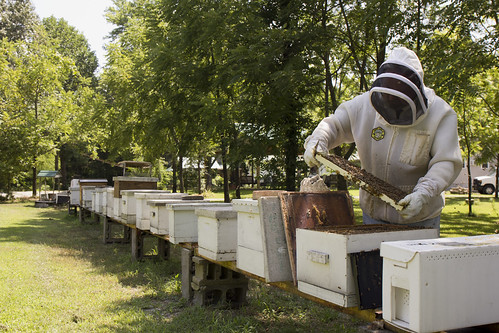 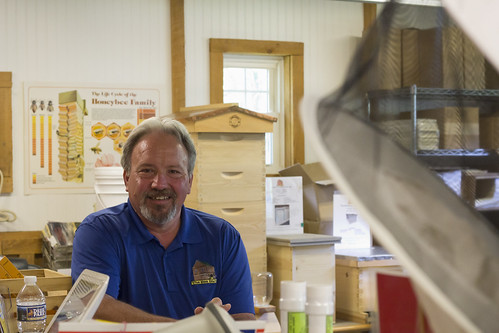 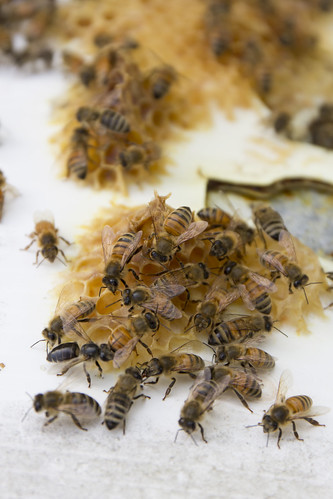