The massive concrete door closes behind Bruce Banner at the exact moment that evening begins on the surface! Then, just as it has happened so many times before…

…A startling change comes over the mild, scholarly scientist…

Leroy Harper’s eyes widen as he reads three of the most powerful panels from the 1962 comic book The Incredible Hulk. The series, which was only on its third book at that point, revealed one of the first times young readers saw the transformation of mild-mannered physicist Bruce Banner into the looming, larger-than-life Hulk. The scene would and continues to be iconically recreated as the story of the Hulk is told and retold to old and new fans alike.

A smile spreads across Leroy’s face. After decades of reading comics, these moments of art and story still hold their magic. Leroy, who is one of the nation’s top dealers in classic comic books, knows it is his business to know about these books. And even though he is a leading merchant of these vintage books, he is first and foremost a fan.

“In the late 60s, my parents were friends with a couple who had two sons,” says Leroy. “They read comic books, things like Richie Rich. So that was my introduction to comics. Back then, we had three channels on TV, and really, only one of them would come in good if you held the antenna right. And it always felt like it rained every Sunday. So that was our escape—reading comics.”

Leroy’s cousin later introduced him to another world within comics. “We’d go over there on the weekends to eat,” says Leroy. “He had a toy chest that was full of old Marvel comics—Marvel being Spiderman, Avengers, X-Men, Fantastic Four. I’d grab a stack of ten or fifteen each week, take them home, and read them. By the mid-1970s, I was then able to buy my own with my dollar allowance. That would get you four comics.”

He recalls growing up in Clinton, Kentucky and making the weekly trek to make his selection. “We lived about four blocks from the court square. I’d walk down to Byassee Drug Store where he had a spinner rack. I’d sit there and figure out what four I wanted. Of course my favorites were The Incredible Hulk and Spiderman. I didn’t get a lot of DC comics, but I did get Batman.”

Comic books remained a part of Leroy’s life. After high school, he attended IET in Paducah, buying new editions of his favorites at Readmore Books. A friend later asked if he could read Leroy’s old copies of X-Men which were still in his closet back in Clinton. “After he read some, he said, ‘Did you know some of these are worth some money?’” recalls Leroy. “I hadn’t really thought about it. They were worth five or ten bucks a piece, and I’d paid a quarter.” 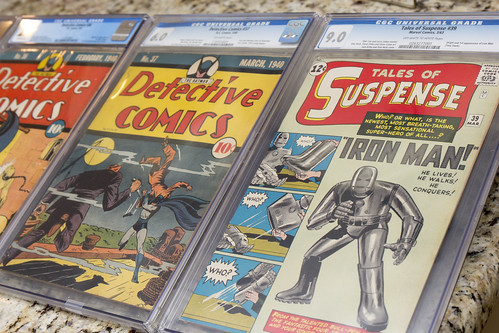 Not long after, Leroy moved to California, and, because he’d amassed such a collection, decided to sell some of them. “I started buying and selling as a part-time hobby business in 1984. I went to conventions around California.”

In 1991, Leroy returned to Paducah, going to work at USEC. He found selling back home to be more difficult due to the lack of conventions and outlets. He eventually left his hobby business behind. A friend in California had gone full-time selling comics and urged Leroy to get back into it. “This was around 1998. He said, ’There’s this thing called eBay.’ I built up an inventory, gave it a shot, and by 1999, I was back in it real heavy.” When Leroy was laid off from USEC four years ago, he decided to go full-time in the comic book business.

Now, Leroy travels to four big conventions per year, setting up shop for several days at a time. “I just went to Chicago,” he says. “That one draws upwards of 80,000 people. I took about 11,000 comics with me, and I had as many as 25,000 comics back home that I needed to go through and process.”

The majority of his comics, while they are vintage, only sell for somewhere between two and five dollars. “After 1980, everybody was hoarding books,” he says. “When people would see a number one issue hit the stands, they’d buy multiple copies, speculating that the value would go up. People in the 40s, 50s, and 60s weren’t doing that. They weren’t buying multiple copies of things like Spiderman #1. You read it, and then it was thrown away. So after the late 70s and on, there was such a high supply. Everyone has these nice, minty copies of books that everyone else has.” Leroy finds there is still a huge market for the lower-value books from those who simply want to read them or fill out their collection. They just aren’t treated as collectibles, per se. 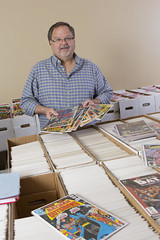 Then, there is the collectibles market for ultra-rare books whose values continue to increase. “Of all the millions of books printed, there are really about 800 at the top of the list that people are chasing,” explains Leroy. And he has been able to procure some of those top books including Captain America #1 from 1941 whose cover famously depicts Captain America punching Hitler in the face. A copy of that one in excellent condition sold for $343,000 in 2011. One of Leroy’s favorites in his collection is Amazing Fantasy #15 where the public got their first introduction to Spiderman. He also owns the first Batman and Iron Man comics as well as many of the early Detective Comics where Batman saw his debut.

Leroy cherishes the comics, but he doesn’t plan on hanging on those books forever. For one, they’ve become an investment toward retirement. More than that, he sees himself as a caretaker and steward of stories and books that are to see life beyond his. He envisions those who have owned them throughout the years, going back to the first child who perhaps, just like he, walked into a drug store to purchase the latest vehicle of escape into fantasy.

“It’s nostalgic,” says Leroy. “This is Americana. I go through these, and I’ll remember the stories of heroes like Spiderman and The Hulk that I read as a child. It’s like a song that takes you back to a certain time.”

For information on buying or selling comics, Leroy can be contacted at 270-748-9364. He also has a retail booth at the Paducah Antique Mall at 407 Broadway. 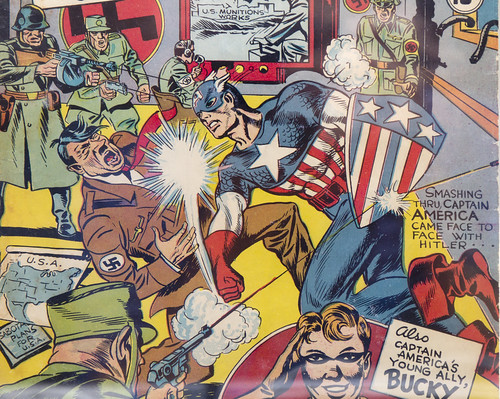 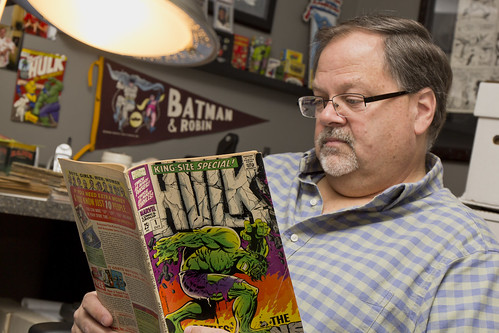 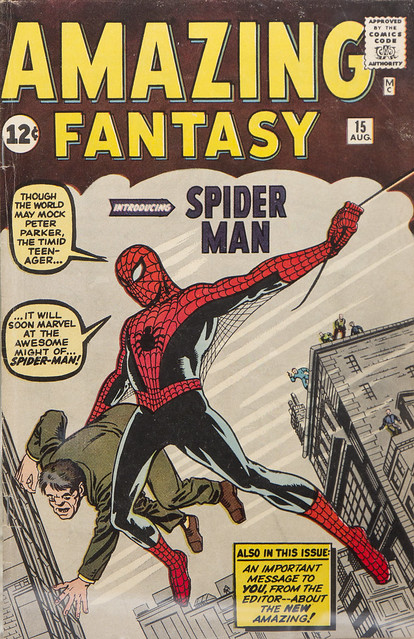