Diana Swinford knows how to manage people. For the past three decades, she worked in human resources, ensuring people were in the right places, making sure their needs were met. After a corporate restructuring in 2017, she found herself without a job. That’s when she decided to try a different species.

“I’ve always had dogs, and I had to leave them home when I went to work,” says Diana. “I sometimes wished there was someone who could run by and take them out during the day or maybe someone who could get them to a vet appointment. When I was thinking about a new job at the beginning of this year, I realized that I could be the one to do that for others.”

Diana founded Leashes and Love, a pet sitting service, and quickly discovered many Paducah pet owners also wanted additional help for their furry friends. “It’s really started to grow by word of mouth,” she says. “I do dog walking, a pet taxi, pet sitting, cleaning up yards, and, it makes me laugh, but I can also tuck them into bed at night. I have one client who works midnights, so I go to her house late, give her dogs their last potty break, and they go to bed.”

For clients on vacation, Diana checks on pets several times a day, taking them outside, feeding them, and even taking some to local dog parks in order to stretch and work out their extra energy. “There are so many benefits to this,” she says. “A pet stays in its own environment and keeps a regular schedule. That reduces their stress.”

We talk to Diana just after she arrives at a local park with clients Harlee (a Griffonshire) and Penny (a French Bulldog) in tow. Once inside the park’s gate, she lets them off their leashes, their little legs flying into a blurred frenzy. As they bound into the grass, eager to meet and greet new friends, Diana sits on a nearby bench. She places a small bowl on the ground and fils it with water. After the pair frolic for a while, they saunter over to Diana. She produces a couple of treats from her pocket, which seems to hold a never-ending supply of the doggie delights. Harlee hops up on Diana’s lap, giving her a quick puppy kiss. Diana smiles.

“People treat their animals like they are their own kids,” she says. “I love them like that. I, too get attached. Just this week, I got a new client that I’ve seen every day, four times a day. I’ve already gotten so attached to him.”

Diana leans back on the bench as Harlee and Penny go back to play. She smiles as the newest members of her extended family scurry off to play some more. “They are like my own. I don’t have any grandchildren,” she says. “I’d love to, but for now, this fills the need!” 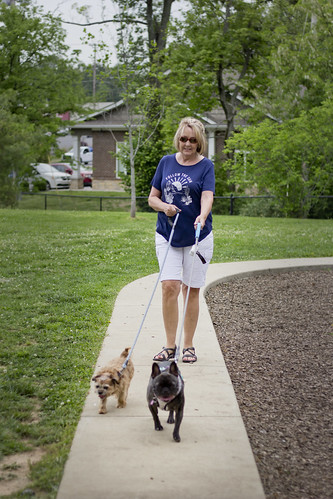 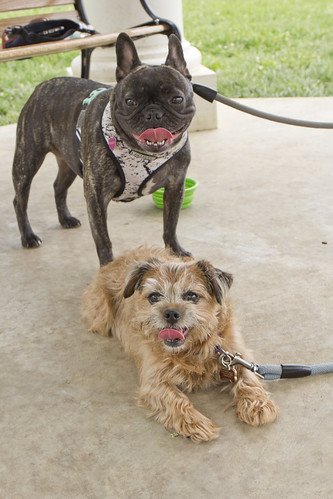