LIFE In The Fast Lane

Kevin has already gone over the plan for the evening, now he expects these high school and middle schoolers to execute it. He paces his way around the pool, eyes trained on the water and the nearly twenty kids who are swimming laps. Amidst the flurry of activity and splashes, his locks his gaze on one person. Something doesn’t look quite right. He pulls his phone from his pocket and records video. He then calls the swimmer to the edge of the pool, showing them what he saw. “You see what you’re doing there?” he asks. “We talked about that, and you know that’s not the way. It’s developing into a bad habit. Don’t develop bad habits.”

This group will swim nearly two hours tonight, each moment a valuable step toward big goals, big dreams. The work is often difficult, but for those who have been swimming under Kevin’s guidance for a while, they’ve noticed major improvements. And now, the things that once seemed unattainable are coming into focus as real possibilities.

Kevin’s been at the helm of the Paducah Swim Team for a year now. His background is that of a competitive swimmer. A native of San Jose, California, Kevin swam collegiately for Cal State Northridge. “I developed my own swim club in Los Angeles, and over time, it became a nationally acclaimed club. I started with kids who were about 7 years old. As they grew up, I was growing as a coach. Eventually, they become teenagers, competing at the state level. At any moment, they may not have realized how fast they were, but before they knew it, they were at national championships, and that became the standard for them.” 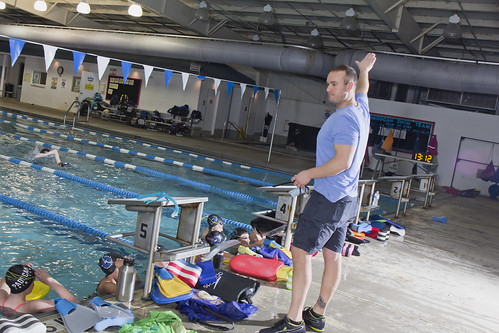 After eleven years of working in Los Angeles, Kevin decided to see what the world of swimming had to offer outside Southern California. “I had some kids that nearly made the Olympic team in 2012,” he says, “and they went on to make a number of national teams for the United States. I was named to the USA National Team coaching staff and got to take the team to Russia to compete.” Kevin even coached at a camp at the Olympic Training Center in 2011 where he met a young Katie Ledecky. In 2012, she won one gold medal at the Summer Olympics. She then became a dominant swimmer, and in the 2016 Olympics won 4 gold and 1 silver. “I get to look back on it,” says Kevin, “and know my name is listed on a coaching staff with her listed as a swimmer. It’s fun to think about those things.” He also coached three swimmers who made national teams.

Kevin then spent some time coaching in Australia and Raleigh, NC before coming to Paducah. In Raleigh, he achieved the number two team ranking in the United States. “We were only one behind Katie Ledecky’s club,” says Kevin. “But really, I didn’t feel like that was a place I was going to grow.”

As he thought about what he was looking for, he made a mental list of the ideal parameters for developing a successful swim club. “I wanted to be in a place where I was free to develop kids to their utmost potential,” he says. “I’m going for gold. Paducah is very supportive of that. It fit very well. And there are a group of parents here who are showing a high level of support, and they make things happen. Paducah provided the combination of things I was looking for.” 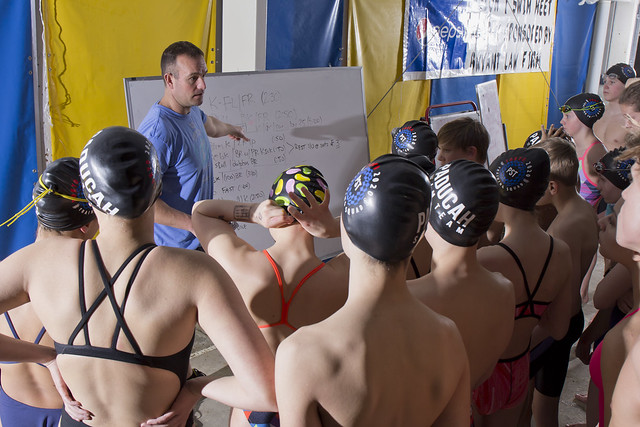 He also saw potential in the kids who are on the team and their ability to be trained. “I train kids to compete at the highest level possible, which would be the Olympics. You’ve got to set your sights on the top thing you can get ahold of, and then work your way down from there, setting goals. We develop kids from a young age and try to blossom them into the best we can get out of them.

“Goal setting is the driver of this sport,” says Kevin. “You have short-term goals, longer-term goals, and then you have to have that dream goal. You can’t even really define it sometimes. But as you achieve your goals, you see yourself actually getting there. That takes some time to teach, but as the kids achieve bigger things, they can see the path and see that it is real. The closer they get, the more they believe they can do it. I watch them start to believe in themselves and their abilities.”

Kevin also groups swimmers from a wide age range together, letting the younger kids watch the development and excitement of those who are veterans. Sometimes, mentorships develop. “That’s really how this sport works and moves forward,” he says. “When the younger kids see the older ones traveling and competing, they want that.”

He’s personally witnessed the power of goal setting within a team environment. “I started coaching one girl at age ten who just came into it because she was curious what it was all about. She eventually became my first national qualifier. Before long, she was at the Olympic Trials. She became the team captain at the University of Southern California, and now she’s a Division One coach at a pretty big school. Now we see each other as coaches on the pool deck. It’s pretty surreal. But I still see my coach who led me as a kid. It’s a full circle in the sport. That’s special.”

And Kevin’s seeing the same potential budding in Paducah. “They are getting faster,” he says. “Now we’re talking about them swimming in college and swimming at nationals and doing all these things, and the younger kids are buying into it. It’s an exciting group to coach right now. We went to the Olympic Training Center a few months ago, showing them real things they can get excited about. You can’t always expect kids to be motived and inspired right away. You gotta keep working with them. We’re creating a space where that can happen, and they can develop and become competitive.” 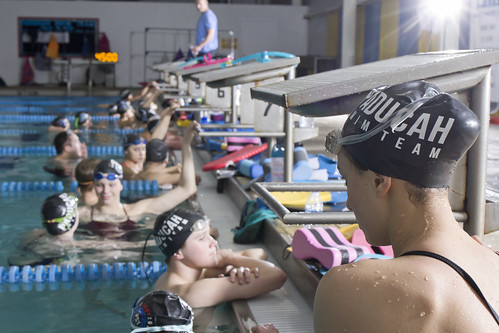 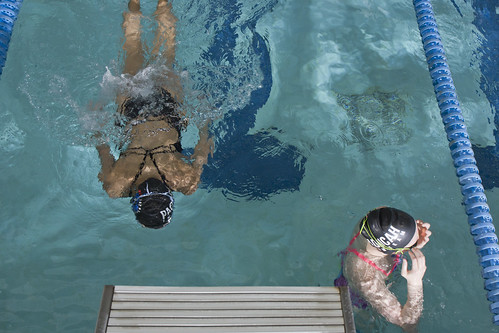 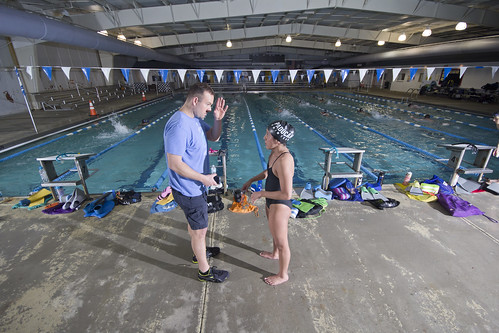 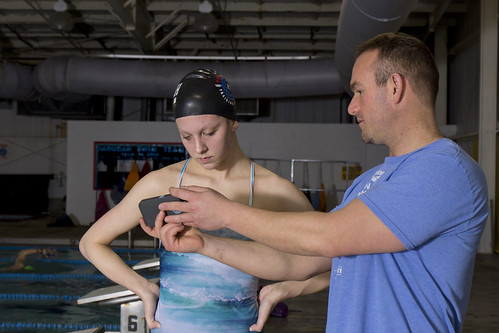 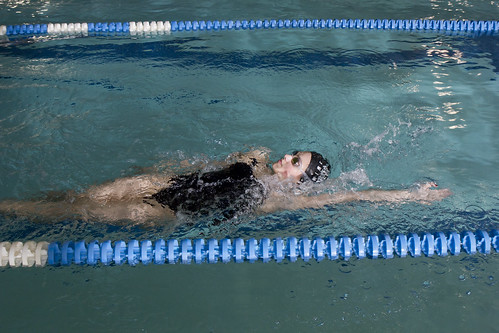