Making It On Music Row

“It gets old dying ten times a day,” says Juan Contreras as he recalls his days working at Kaintuck Territory in the late 60s and early 70s in Marshall County. Juan, a Murray State student, was employed to portray a Native American at the American Old West theme park where he normally wound up on the wrong end of a gun on an hourly loop. “I had too much gravel in my face!”

While that aspect of the job wore thin, another side of the business piqued Juan’s interest. “We would have talent contests,” he says. “Regional bands would come in, and we wanted it to be legit. Walter Sill, the owner, knew David Hoy who knew a lot of folks in Nashville. He got Chet Atkins involved and eventually people like Bobby Bare and Ray Stevens.” 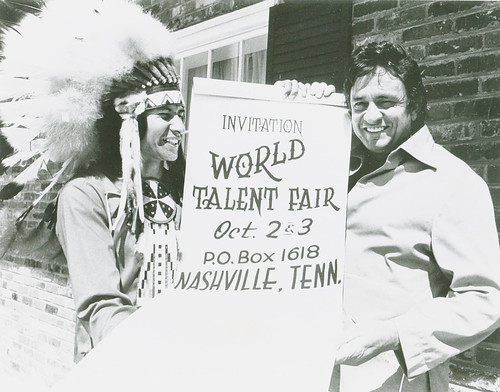 “I was then offered a job at a place called Cartwheel Records in Nashville,” says Juan, “and I started doing radio promotion. When you wanted to get a record played, you called on radio stations. At that point, we had three number one records, but we only had three acts. I didn’t have a lot to do! So when I loved a song, I’d call the record company who had it and asked them to send me some copies, and I’d ship them out just for the heck of it. One of my favorites was Creedence Clearwater Revival. When they broke up, I promoted John Fogerty’s first single, and that became a hit for him. After that, I was hired by Monument Records to do mass promotion. I assisted artists like Kris Kristofferson and Larry Gatlin.”

Juan also worked with Acuff-Rose where he learned more about the publishing side of the business., working with songs written by people such as Hank Williams and Don Gibson. After that, he opened his own publishing company where he eventually had a string of hits with George Strait and a little tune called Friends in Low Places by a then-unknown songwriter named Garth Brooks. In true Nashville/country music fashion, Juan bought the rights to the song from a friend who needed to pay off an exorbitant bar tab. Juan had become an integral part of the fabric of Nashville country music. He can drop name after name and tell story after story. In his humble fashion, he simply states, “Yup, we got lucky.”

While Juan contemplated retirement in the early 2010s (something that usually doesn’t work out in practice for those in the music industry) a new singer/songwriter from Paducah by the name of Zach Harris was trying to make inroads into the business. “I played everywhere I could possibly play,” says Zach. “You have to do that when you come to Nashville. And everyone here can play or sing. It was tough the first year.”

Zach eventually met Ashley Nelson, sister of Duck Dynasty cast member Korie Robertson. Zach had been invited to a private party at a small bar, which turned out to be Ashley and realtor husband Jay’s Christmas gathering. Zach noticed a little stage that wasn’t being used, so he asked if he could get up and sing Dirt Road Anthem. The performance got her attention, and she introduced herself. Zach later worked for Ashley and Jay doing lawn work at properties he managed. He was also part of a reality TV pilot called Nashville Lawn Boys. “By day, me and these other guys would landscape and cut lawns, and by night, we’d go out and play places Ashely had booked.”

With the connection to Duck Dynasty, Zach was asked to perform a song at Si Robertson’s vow renewal ceremony. Zach’s song was then part of a six-song EP featuring the songs from the ceremony.

In the meantime, Zach continued pushing his music, both as a singer and songwriter. “I’d decided to go by every music publishing company in town and knock on their doors,” says Zach. “I only got in one because I followed a Jimmy John’s delivery dude. They buzzed him in, and I followed! But the owner wasn’t there.”

While Zach had seen some success, he felt that he just wasn’t getting anywhere. It was then that Juan Contreras received a call from a friend from Paducah to tell him about Zach’s upcoming performance at Nashville’s Commodore Grille. Juan, always curious about talent, decided to go see Zach perform. The pair met, but Zach was unsure if he’d ever hear from him again.

“I had just broke down around that time,” says Zach. “I had decided to go to back to every publisher every day until I got in every one. I asked God to give me hope and to let me know if I was even supposed to be down here. I asked him to open up a door. The next day is when Juan called me.”

Juan, a fan of Zach’s style, connected with producer Eddie Gore who ran Insomnia Studio in the RCA Victor building with partner and co-owner Steve Cropper, the legendary guitarist who played for Booker T. & the M.G.s, Otis Redding, and The Blues Brothers. He also cowrote the songs Knock on Wood, In the Midnight Hour, and (Sittin' On) The Dock of the Bay. 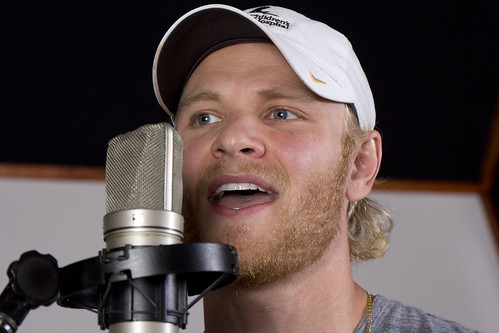 This year, Juan, Eddie, Zach, and a backing of talented Nashville musicians set about the task of tracking songs Zach cowrote. Zach performs with his guitar, Eddie fleshes out the arrangement for the backing band, and under the guidance of Juan, they produce songs that showcase the talent of Zach both as a songwriter and performer. The three are at home in the studio and at home with one another. They work together as if they’ve been making music together for decades. During our interview, we ask few questions as they carry a conversation amongst themselves. They are equally interested in one another’s stories, the room full of laughter and smiles.

“These guys are great!” says Eddie. “I love having Juan sitting next to me. He has a totally different set of ears and can see the steps after it leaves our studio.”

“My language is different than Eddie’s,” says Juan. “We were working recently, and I said something like, ‘Let’s take this and redneck it up.’”

“I wanted something between a Hank, Jr. and Charlie Daniels thing,” adds Juan. “I felt that’s the way the song was going.”

“The whole band fell into that!” laughs Eddie. “They got it! That’s one of the reasons I love working with Juan. The best way I could thank someone like Juan is to just keep going and keep working hard. And with someone like Zach, a person with a strong work ethic, it’s easy. There’s just a sense when you meet someone and realize that they just get ‘it.’ Zach gets it. And Zach has a great creative AND business sense. And he knocked on every publisher’s door! There’s something to be said for that.”

“These guys are great!” adds Zach. “I am so blessed to be able to sit in the same room with them and work with them.” 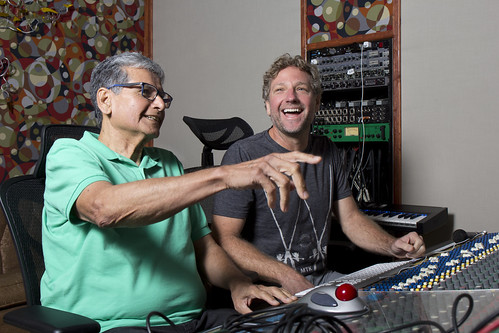