More Than Just A Junior League

When eleven-year-old Ty Elrod goes to school on Monday mornings, he finds conversations to sometimes be a bit dull. “I tell my friends about it, but they seem to be preoccupied with basketball and other stuff.”

Unlike his friends, he spent most of Saturday behind the wheel of a drag race car, hitting speeds topping 70 MPH. On Mondays, Ty is still coming down from the adrenaline rush of drag racing.

He grew up in the drag race world with his dad, Dustin Elrod. “He wanted to race, too,” says Dustin. “We came out, and he watched one Saturday night. He got excited. So while I was sitting at the track, I found a car in Alabama, and on Sunday, were were picking it up. And he’s done really well.”

The family travels to various tracks around the country, giving Ty opportunities most will never experience. “In the Midwest Series, we can travel to about nine different tracks across the country,” adds Dustin, “anywhere NHRA is at. Indianapolis is a big one. The kids get to run on the tracks they see on TV.”

“It’s cool to be on the tracks that top fuelers drive on,” adds Ty. “It’s really thrilling—the speed and the competition. And going fast is the best part about it.”

The NHRA Junior Drag Racing League highlights the family environment surrounding the drag racing community. Children can start training as young as five and race by the time they are six.They drive half-scale versions of Top Fuel dragsters. The Junior Dragsters can go as fast as 85 MPH. The younger age classes are restricted to slower speeds, however. 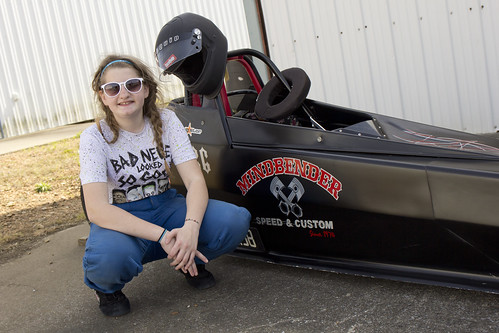 At twelve-years-old, Michaela Hanrahan feels like she may have gotten a late start, but she’s glad to finally start racing this year. “You have to learn a lot. It’s a bit difficult, but it’s pretty fun,” she says. “I’ve been looking forward to his ever since I was big enough to think about it.”

Like Ty, Michaela grew up in the racing community with her parents Kyle and Paula. Even though it only seemed natural for her to race, it took at little convincing to get her mom and dad in gear.

“She’d asked about it but ultimately ended up guilting me into it,” laughs Kyle. “She started up a petition for me to let her race. She even got all the race car drivers to sign off on it!”

“This is her first year,” adds Paula. “She got a little emotional the first time, but she’s been fine ever since.

“It’s amazing to see these kids out here racing. Years ago, the experienced drivers didn’t expect much out of a teenager who just got started. Now, they may line up with an eighteen year old who has more experience than they do!” 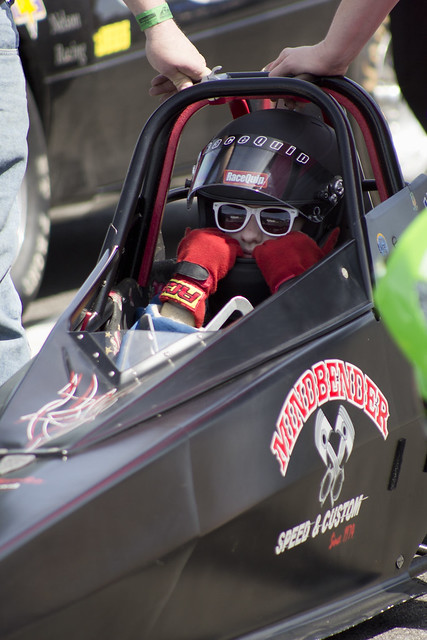 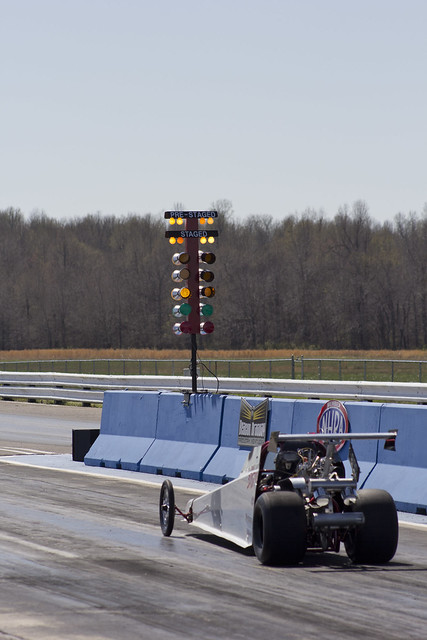