Out For A Walk

Tony Roddy’s feet left the pavement as he crossed under a highway bridge in San Diego, California. It was the final barrier between he and the western edge of the United States. In spite of the journey, his legs felt light. He paused in the sand to remove his socks and shoes. As he approached the roar of the Pacific, he felt his eyes grow damp as the waves lapped his toes. His tears reflected the sun, bouncing back into the blue sky the well of emotion that emerged from seeing his journey through. Just as strong was the lament that it was over. Unknown to Tony, however, his adventure had just begun.

It was December, 2015. Tony had spent the previous eight months traversing the United States by foot. His odyssey started in Portland, Maine, and he had crossed over 3,000 miles to get to this point. He looked out over the ocean, took a deep breath, and turned to see smiles on the faces on those who’d gathered. He looked over at Esmerelda, his rolling cart laden with the only possessions he’d had since April. The voyage had left him a changed man, even if it was not yet apparent.

“It was a dream I’d had for a long time,” says Tony. “Walking has been a part of my life since I was a kid. My family moved to the Chicagoland area when I was in the third grade, and my sister and I walked to school—all those big city blocks and busy intersections.” After serving in the United States Army, Tony continued his walking journey when he started a career at the United States Postal Service.

Life was then interrupted when he was called to play a combat role in Iraq as part of the Army Reserves. The return home was difficult. Tony suffered from PTSD. Seeking a change, he moved to New Mexico to work for the U.S. Forest Service. Life remained difficult as he and his family struggled to come to grips with a new reality. In addition to the changes resulting from the war, he faced retirement from government service.

“I was depressed—and what helped me was just to walk,” he says. “I got back to what I had done nearly my whole life. I went to the Air Force Base and would walk around the track and think. I thought about the retirement and what I would do. I wanted to do something extraordinary. I wanted to walk across America.”

So Tony began training. He settled on a typical workday of eight hours with a lunch break. He walked in the mountains of New Mexico in order to acclimate himself to ascents and descents. He modified his granddaughter’s used stroller with wheelchair wheels in order to carry everything he needed. He printed an itinerary and gave copies to family and friends. Inspired by a visit to his church by the Make-A-Wish Foundation, Tony decided to make the walk a fundraiser for the organization.

“I took off walking on April 19, 2015. The night before, I started crying uncontrollably. I couldn’t stop! I was going to be walking and doing it alone. We prayed, and my dad said, ‘It finally hit you, huh?’ And it had.”

Tony occasionally stayed at hotels, but most times he camped in his tent. His first attempt at building a campfire was only moderately successful. He managed to shoo a bear away from his campsite in Vermont and wanted to build a fire to keep it from coming back. “Everything was wet,” he says. “I couldn’t keep anything lit. I used a portion of the fifty-two pages of my itinerary to get it going. I had worked my way down the pages to Illinois!”

Tony stuck to country roads by preference and lived off mostly peanut butter, Spam, tuna, and delivery pizza. “Pizza was my staple,” says Tony. “It had my carbs, my vegetables, and my protein. It had everything!”

Tony was often assisted by fellow veterans with some putting him up in hotels or bed and breakfasts along the way. Every night and every morning, he relaxed, watched nature unfold around him, wrote in his journal, and texted friends and family to let them know where he was.

He also watched the beauty of the United States unfold as winter slipped into spring and the remnants of the northeast now melted away. Tony watched the corn in the plains grow. He experienced the heat of mid-summer in the Midwest. He witnessed magnificent sunsets and sunrises, the surreal glow of the land bathed in full moonlight, and he learned to live on the timetable of nature.

He also made friends along the way, many of whom he’s stayed in contact with. “I went through a town called Eagle Nest in New Mexico,” he says. “It was beautiful. I fell in love with it. I was pushing up this hill. As soon as I got to the top, I saw this huge lake. There were a couple of elk running around. It was right out of National Geographic! The people in the town got to know me, and I was even asked to come to the elementary school to speak. They put me in their yearbook. I’m in there for life!”

Only once did Tony feel like giving up. He decided to walk at night in Arizona. While climbing a 7% incline for five miles, the temperature dropped to beyond-uncomfortable levels. “It was 1 AM, 2 AM, 3AM, 4AM,” he says. “I was tired and cold. I was sweating, but I was freezing. I couldn’t feel my hands, even with gloves on. Finally, that 8 o’clock sun came up. What was I to do? I just looked down at my cart at the photo of my granddaughters I’d put there. What story would they have if I stopped? My grandfather almost walked across the United States? Just then, a semi pulled up. The guy had seen me at 2 AM as he delivered milk. He saw some of my stickers on Esmerelda and knew I was a veteran. His son had just gone off to Kuwait.” The driver let Tony in the truck to warm up and put him up for two nights in a nearby town so he could recuperate.

Tony made his way down to the Mexico border and followed along until he reached California. “It was sad, really,” he says. “All I had done was walk every day. And then, it was over.”

After Tony returned to Paducah, he began to feel the walls closing in on him—not surprising after a 3,000-mile journey that took him through every season and every part of America. Upon his return, he soon realized that his path into the future would involve building a life for himself in this western Kentucky community. “I decided to get some property here and build a place for my parents myself, and my sister,” Tony commented. Shortly thereafter, a publisher traveling through Paducah recognized Tony. Inspired by the walk, he offered to publish Tony’s story.

“So I’m writing a book now,” says Tony. “The title is Out for a Walk.”Tony never imagined that the trajectory of his life would change as a result of his journey. But by the time he hit the last step in California, he had changed. And now he’s open to wherever his walk will take him. “All these things are happening from the walk,” he says. “And everything that happens in the future will be a continuation of that walk.” 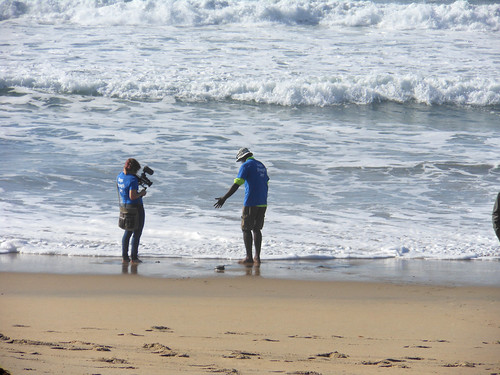 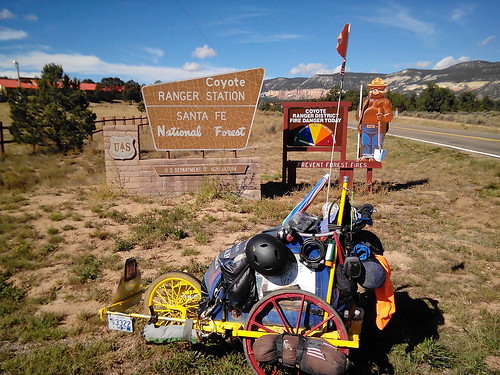 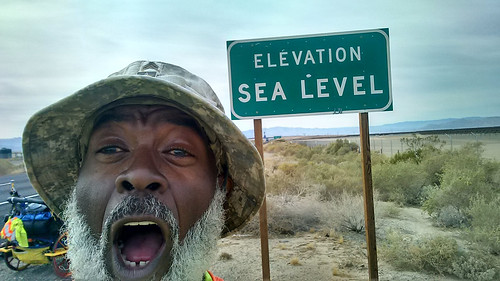 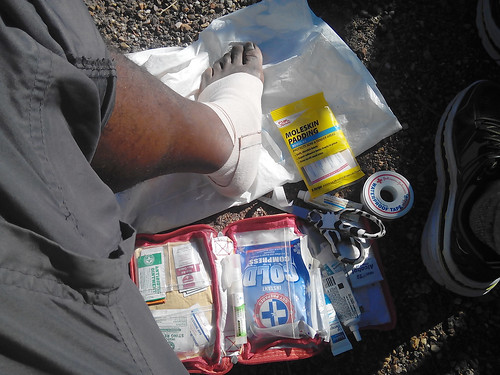 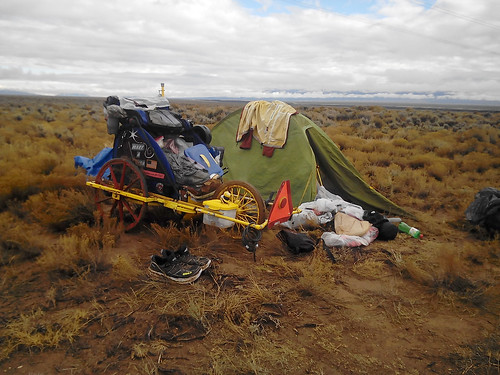 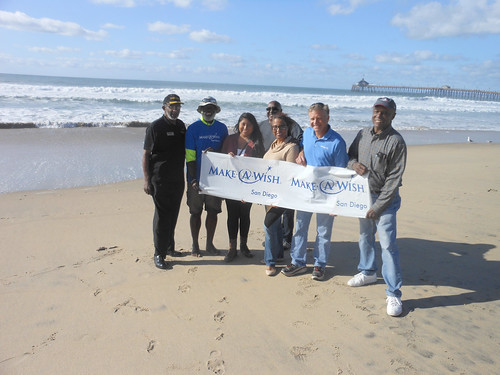