Paducah, A Bright Star on the Great Loop
Add comment

Paducah, A Bright Star on the Great Loop

There is an indelible sense of adventure and exploration woven into the American spirit—and nothing speaks to that yearning quite like our waterways. We, like those who came before us, long to follow these inland river paths to discover what lies beyond.

Some light out on that path of discovery, exploring the eastern half of the United States via America’s Great Loop. “It is about a 6,000-mile route that people follow on their boats,” says Kimberly Russo, Director of America's Great Loop Cruisers' Association. “You can start from anywhere on the route. Let’s say you start in Florida. You can go up the Atlantic Intracoastal Waterway, up to New York City and into the Hudson River, through the Great Lakes. From there you can go to Canada, back into the river system at Chicago, down the Mississippi River, then to the Ohio River.” Loopers can then take the Tennessee River down to the Gulf of Mexico. “Many take about a year to do it, but more and more people are taking longer to explore the sights,” adds Kimberly.

“There’s something about going by the Statue of Liberty in your own boat,” says Looper Larry Kreissler. “That feeling is hard to match.” We met Larry and his wife Cindy on their boat, the Bucket List as they neared Paducah. Larry, much the explorer, wears a shirt with an image of his boat embroidered over the words “Bucket List, Captain.” Cindy wears a matching shirt with the title “First Mate.” The couple, who are from Fairview Heights, Illinois, has always enjoyed some sort of recreation on the water. 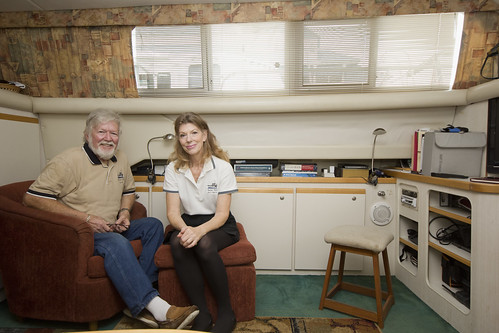 “We boated for quite a while,” says Larry. “Everything from pontoon boats to ski boats to Sea-Doos. We boated out from our clubhouse the Mississippi River. And of course, it seemed like every year that would flood. As I got older, I realized that cleaning that up year after year wouldn’t be fun. So we got a bigger boat and put it at a marina. When I heard about the Loop, it knew it was something I wanted to do.”

In 2012-13, Larry and Cindy completed The Great Loop, following the route according to the suggested seasons for each portion. Their highlights included a side trip to the Bahamas, the jaunt around the Florida Keys, and, of course, their sighting of the Statue of Liberty. “We finished it two days short of a year,” says Cindy. “And not all of those are travel days. Two times, we did fly home for a couple of weeks to check on things and check on my parents.”

“The trip humbles you,” adds Cindy. “You’re somewhere like the Erie Canal with all that history. Or you’re in the Bahamas in your own boat, and you say ‘I made it to here!’ It’s a sense of accomplishment, and not a lot of boaters get to do that.”

PADUCAH’S ROLE IN THE GREAT LOOP

In the fall of 2017, Paducah’s Transient Boat Dock, situated adjacent to Shultz Park on the Ohio River, opened for business. The dock provides fuel, water, power pedestals, and sewer pumping. Boaters can also stay for a few hours or several days. The dock was an immediate success among Loopers.

“Paducah is significant for Loopers because before the facility was built there, the range they had to cover without refueling was 250 miles,” says Kimberly Russo. “That’s limiting. Some cannot cover that without a fuel stop. “And it is a much-needed place to tie up. It gives them an opportunity to stop for a while and explore the town.”

And many of the Loopers have already shared with Kim their love for Paducah. “The Quilt Museum was listed as one of the best museums when we polled our members for a ‘Best of The Loop’ list,” she says.

When the dock opened, Paducah City Commissioner Sandra Wilson visited with some of the first boaters to stop. “I was there opening weekend and spoke with several boaters who were visiting our city for the first time,” she says. “They had walked downtown for dinner, used local transportation providers to go to our local groceries to stock up on supplies, and were very complimentary of our city and the services the city offered. Everyone said they would be back and would refer Paducah to their friends as a great place to visit. The Transient Boat Dock will continue to provide national recognition for Paducah and bring new visitors here,” she says. ”

As we speak with Larry and Kim aboard their boat, Kim recalls stopping in Paducah last September when the dock had only been open a few days. She shows us photos on her phone, scrolling through all the shots she took of downtown and The Quilt Museum. “I took photos of everything!” she says. “We ended up staying two nights. And there is an ice cream shop downtown that was great! Loopers love their ice cream! We loved Kirchhoff’s. And the murals were awesome!”

“We’d been by the city before that,” adds Larry, “but we weren’t able to stop. We wanted to. Paducah has an advantage over other cities like Cape Girardeau or even St. Louis. Loopers can’t even stop there. You can’t stop and look at the arch or go to a ballgame. Loopers are going to stop in Paducah!”

For Larry and Cindy, Paducah is another port of discovery along their grand journey. "You see things you'd never see otherwise," adds Larry. "And now Paducah is one of those places to discover." 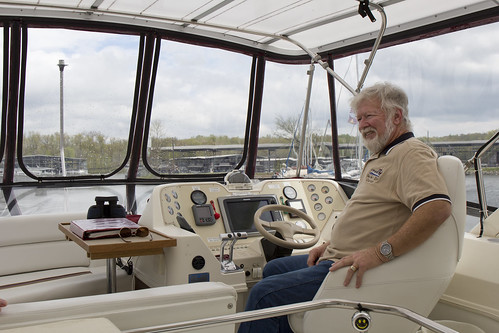 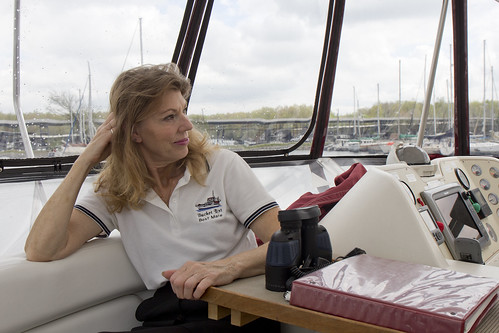 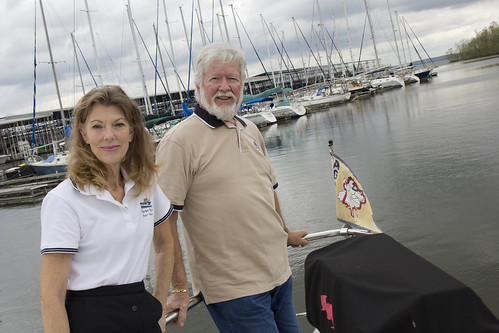 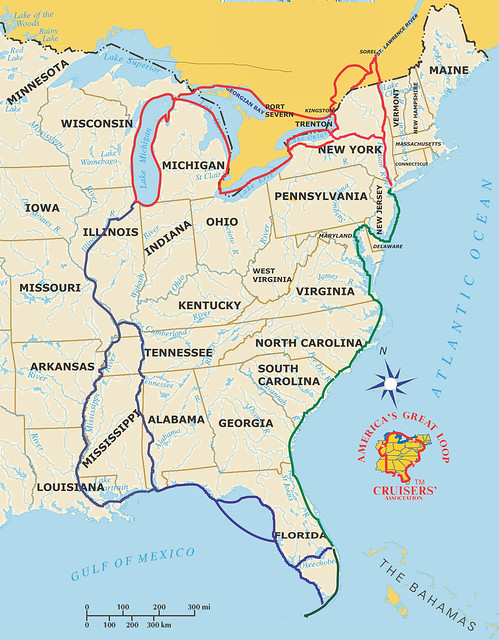