It was an average, spring day in 1961. Seventeen year old Homer Fletcher stocked shelves at Hugg the Druggist in Paducah when one of their regular customers entered. "It was a man who worked at the unemployment office," says Homer. "He had been tasked to hire extras and stand-ins for a movie that was going to be filmed in the area. He had photos of the stars they wanted stand-ins for, and when he saw one in particular, he thought he'd ask if I'd do it."

The movie was How the West Was Won, an MGM western epic that boasted a staggering list of big name stars such as Henry Fonda, Gregory Peck, Debbie Reynolds, John Wayne, Jimmy Stewart, Karl Malden, and George Peppard, just to name a few. It was to be shot in Cinerama, a pioneering, panoramic process that wrapped the image around the viewer with a 146° arced screen in equipped theaters. The process required three cameras to shoot every scene and three projectors in every theater to play it. 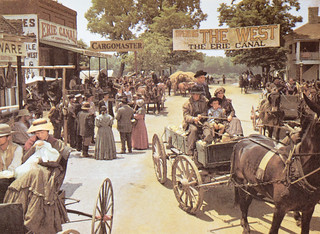 The job offered to Homer was temporary but would be nearly full time during the duration of filming. "I wasn't going to quit my job to do it," he says. "But when my boss found out what was going on, he said, 'You take this opportunity! You'll have your job when you get through.

"I ended up working abut five weeks. I was hired mostly to be a stand-in for Kim Charney who played Sam Prescott. They'd set the cameras up, and I would stand in his place while lights were adjusted, etc. Then they'd pull me out and bring the actors in. Kim was a really nice guy."

Principal filming locations included Smithland, Cave In Rock, IL, and a make-shift set in Paducah. Set between 1839 and 1889, How the West Was Won follows several generations of a family as they leave the east and discover life as part of the westward expansion. "Most of the filming was in Smithland," says Homer. "It was supposed to be New Albany, New York where the Prescott family departs to go west. For production, they'd take exterior cuts of trees from where they were cutting them for lumber and nail them to the front of buildings to make them look like log cabins. 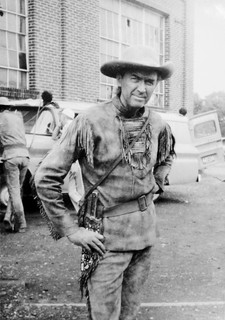 "There's a part where they used Cave In Rock as they were coming down the river. I had a friend who was hired to shoot snakes while we were shooting out there. That's all he did—keep snakes away from the stars. For the inside of the cave, they built a set inside the old Paducah Ice House. They'd use props like styrofoam rocks. You could pick up armloads of boulders and just carry them around!"

While in Western Kentucky, MGM used the Irvin Cobb Hotel as headquarters for production. "Some of the stars stayed there along with a lot of the crew," says Homer, "but I think the main stars such as Debbie Reynolds and all those were over at The Holiday Inn. We didn't' interact with them, really. When we'd break for lunch, they'd go eat under a tent, and the rest of us sat out on logs nearby. But I still tell everyone that I tell everyone I had dinner with the stars." Homer recalls visiting the McCracken County Fair during that time and seeing some of them waking the midway. "It was exciting being around people like Debbie Reynolds, Carl Baker, and James Stewart."

As the story progressed westward, so did the production, moving on to Colorado, Arizona, and California. The movie premiered in London in 1962 and opened in the U.S. in early 1963. Initially, only a handful of theaters could show the film due to the Cinerama process.

"They showed it in St. Louis," says Homer. "I drove up there to see it with my future wife and another couple. I remember my car was running hot, but I kept pushing it. I was going to get there. Of course I thought I was going to be in the movie. I got to do one part as an extra. I was on a boat as it pulled into a dock. I saw that boat pull in and got excited, but there was no sign of me. My movie career was cut short!"

How the West Was Won received critical acclaim and won three Oscars; but due to the complications of showing the film, it was not a box office smash. It took another year before the film appeared in Paducah in a modified format.

Homer went back to work at Hugg the Druggist, holding on his memories of his movie production days. "My wife and I were just dating at the time. I think she was scared to death that I was going to run off to Hollywood and be a star!" laughs Homer. "I did pretty good, though. I think the most I made was $150 in one week. I had been making $40 a week at the drug store. So for a while, I was in tall cotton! I kept my MGM paystubs and liked showing them off. Of course I'd only show off the ones with the larger amounts!" 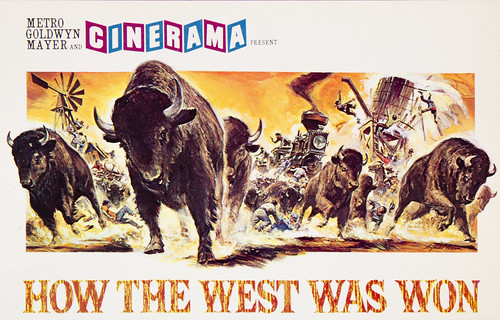