Making pumpkin pie is nearly as easy as opening a can. For Audria Crawford, however, using fresh pumpkin is the only way to go. "I always used canned pumpkin. But a friend gave me a small pie pumpkin one time, and I used it in a pie. The color is so much better to me, and it simply tastes better. I've really discovered that from scratch is always best. That's the way people have done it for most of history, and the telling is in the taste!"

She starts with small pie pumpkins. "You can use larger pumpkins, but the small ones are just easier to deal with. Sometimes you'll get the right one, and it is just the right amount for one pie."

Simply cut the pumpkin in half, take the seeds out, and place it cut-side down on a cooking sheet or in a large baking dish or roasting pan. Bake at 350 for about 45 minutes. This time will vary depending on the size and number of pumpkin halves. When done, the exterior of the pumpkin shells will be darker, slightly wrinkled, and easily pierced with a fork. Remove from oven and allow to cool a bit before handling. "When it is out of the oven and tender, the pumpkin comes out of that shell as easy as pie!" says Audria. And while you are roasting in a large pan, it is a good idea to roast extra pumpkins. Pumpkin freezes well and can be used for future pies and recipes.

While a premade pie crust will work, that sort of defeats the purpose of making a pie with fresh pumpkin, now doesn't it? Audria prefers using King Arthur flour. "It is very fine, and it seems like it doesn't lump as easy as other brands. 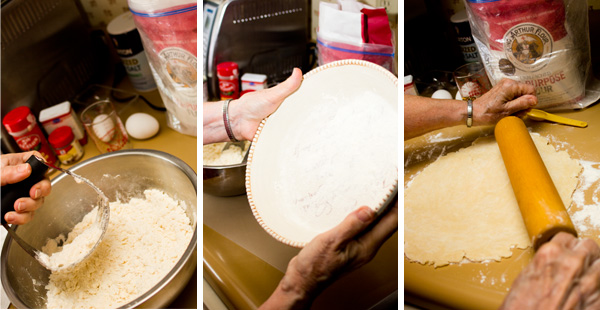 For the pumpkin pie: 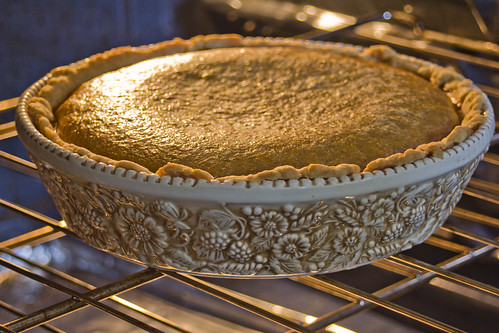