Real Change in the Meme-Mind Age 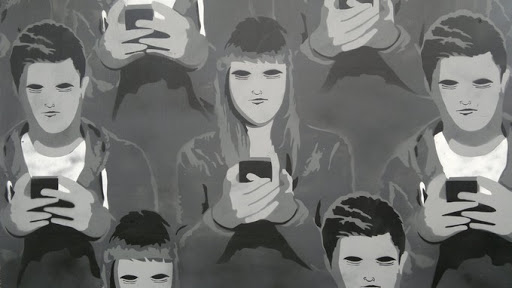 What do the two have in common other than that they are at the forefront of our society at the same time? They are both complicated, multi-pronged topics that require critical thinking for sound decision making that results in lasting change for the benefit of all in our society.

And critical thinking requires information. Unfortunately, many of us are knowledge malnourished—not from a lack of information but from self-starvation.

In 1985 Neil Postman postulated in his book Amusing Ourselves to Death that we were, well, amusing ourselves to death. Postman noted that it was a result of moving from a typographic mind to a television mind.

The approach to explanation in the written word guided how people approached learning. Even those who still relied on oratory received information that was presented in the same form as the written word. The famous Lincoln-Douglas debates would often last hours upon hours. Those who attended would sometimes break for meals and come back for more. Full, thorough explanations of important information, both written and oral, were common.

Postman postulated that by 1985 we had moved from a typographic mind to a television mind. He didn’t have any particular beef against television in and of itself. As an entertainment platform, it was fine. His concern was that it was becoming the predominant forum for a great deal of serious information. The “news of the day” was often serious business, but via television, the discussion was truncated—clipped down to soundbites.

As a result, our minds were being rewired in how we approached important information. Television could not support serious discussion, yet we felt that if we caught the tidbits of the day that we were well-informed. Rational analysis and consideration devolved into tailored imagery that kept flashing back and forth at an ever-increasing rate. As a result, we began to lose the ability to be true, critical thinkers. The dumbing-down had begun.

Postman, I believe, was right. Our minds did change—and not for the better. When the internet came along, there was a glimmer of hope. The early days of communication via the web was largely typographic. There was room for thought and a platform for discussion.

While there is still plenty of room for thoughtful publication of information, we have devolved into what I call meme mind. Just as television trained us to take in information in soundbite format with little to no elaboration, social media has trained us to make snap decisions in just a few seconds—a second or two to scroll and decide whether or not to stop—and a second or two to decide which emoji we will react with.

The framing of the most important discussions we’ve had in generations has to be better. And none of us escape the temptation to be mentally lazy and simply accept blips and blurbs and memes and article summaries. Even our leadership has fallen prey, making statements that have the potential to sway thousands, all in 280 characters or less. We, as a nation, should be respected more than that. We should not be swayed by a lack of information disguised in constant messaging.

We need well-thought-out communications—fleshed out ideas. And we need to have the patience and mental stamina to take them, ponder them, think about them critically, and respond appropriately.

I’m challenging myself to rewire my brain and go beyond the scroll and tap trap. If we are to see real, lasting change, we have to be educated. And that means we need information. We feel like we are drowning in it, but yet we are starving for it.