The Story of the Story Behind the Story

In 2013, we told you the story of another story in another magazine. That magazine was Yank, the Army weekly distributed to service men and women around the world during World War II. Yank spread the news of U.S. forces’ efforts from all points around the globe. It featured cartoons, humor, and profiles of cities and people back home. It kept soldiers connected to the broader world and also reminded them of what awaited them at the end of the war.

In December 1944, Yank featured Paducah as part of a two-page spread. The current events were the recent passing of Irvin Cobb and the opening of Kentucky Dam. Brief profiles featured Mayor Wayne Seaton and the nation’s heaviest police chief, W.E. Bryant. There was also a photo of teens dancing at a place called Teen Town.

We knew there was more behind what we were seeing. We wondered about those in the photo. Where were they? What did they become? Were any of them still around? We asked around but came up with nothing—until now. 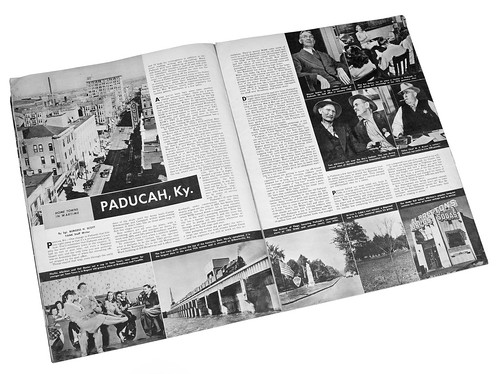 One of the teens in the photo was Phyllis Albritton (unrelated to the Albrittons who owned the drug store). Little did we know she was someone we knew well and has been a Paducah mainstay for decades. Upon a recent posting of the photo to Facebook, someone commented that Phyllis Albritton was now Phyllis Ham, one of the best auctioneers in our area. She’s in her 90s and just retired at the end of 2017. We recently met with Phyllis to ask her about that photo in Yank.

“Yup, that’s me!” she says as she looks at the article. “That was in Teen Town in my grandfather’s old grocery store at 12th and Broadway. It had been Roger’s Grocery. My mother and father chaperoned, and we lived upstairs.”

When the photo was taken, Phyllis was seventeen and a student at Tilghman. “Teen Town was a very popular place,” she says. “It was open in the afternoon, after school. My mother and daddy were quite popular and had opened it. They chaperoned all over. And they loved to dance. I went to dances all over—places like the Cobb. They couldn’t afford to pay a babysitter, so I went with them. So I learned to dance.

“And of course in that photo I am dancing with Hal Hester. He went to New York and became a songwriter.” And he became a successful one at that. After serving in the Air Force and studying at the Conservatory of Music in Cincinnati, Hal wrote songs, his biggest hit being "The Sand and the Sea" which was performed by Nat King Cole. 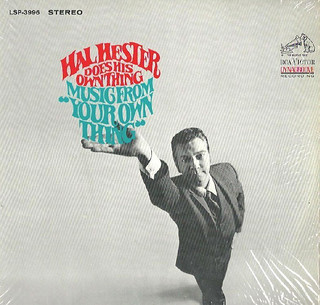 In 1968, he co-wrote the Off-Broadway play Your Own Thing. It ran for three years and toured with seven different companies. The title spawned a popular motto among youth culture, and it is largely credited with being the first rock musical, predating productions such as Hair and Jesus Christ Superstar. Unfortunately, Hal passed away in 1992.

When it was published in December 1944, the magazine and the image of Phyllis dancing with Hal made its way around the world. “My uncle was in the military,” says Phyllis. “Somebody woke him up one morning and said, ‘Where did you say you were from again?’ My uncle was confused. He asked, ‘What in the world do you want to know for? I am from Paducah, Kentucky.’ The other guy had that magazine, opened it up, and showed the article about Paducah to my uncle. He said, ‘I can hardly believe this!’”

Later, Phyllis followed in her dad’s footsteps, becoming an auctioneer until she reached her nineties. “I was a cheerleader and knew how to talk and announce, so it came natural,” she laughs. “I sold everything. You name it, I sold it!”

Phyllis recalls the days surrounding the Yank article with fondness. “Even though it was wartime, I enjoyed every day. I was one of them that got a lot out of life. And I still do! And we really haven’t changed in most ways. People from Paducah are friendly, and it’s still the best place to live! I’m glad they told the world in that article.” 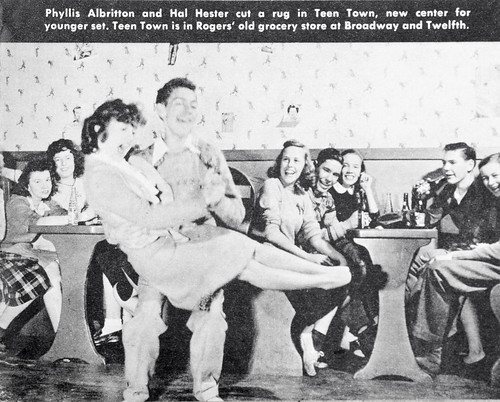