You COULD say that Paul Gourieux saw the light!

For illumination purposes here is what actually happened. When Paul and his partner Jorge Martinez decided to put their multitudinous talents to work on the Hotel 1857 in Paducah’s historic district, it was the discovery of a period light fixture that affixed in Paul’s visionary mind how the boutique hotel should be designed.

“I wasn’t exactly sure where the architectural style for the hotel was going until I found that particular hallway light,” says Paul as he points to the distinctive wall lamp on the second floor of this beautiful new downtown hotel. “From there it all just seemed to fall into place.”

To be clear, the DESIGN fell into place but the physical felling of bricks and beams and slabs of concrete wasn’t quite that simplistic. “We learned that the back of the building had been a tractor repair business and there were huge concrete ramps back there where they drove the equipment in and out of the shop.”

The duo discovered that the front of the building had previously been a haberdashery and gentleman’s clothing establishment, which is perhaps fitting as even now the reincarnation of this historic building blends the gritty exposed brick of its structural Paducah past with a more glamorous aesthetic in its unique boudoirs. Like its past as part fashion statement part engine room, the new 1857 blends the lamp oils of old Paducah with the contemporary creations of nouveau artists.

Paul grew up in Calvert City and like many people in Western Kentucky he spent many evenings and weekends in the “big city” of Paducah. “I remember shopping at Sears and JC Penney and going to movies at the Columbia,” Paul recalls. So his memories of Paducah’s past are vivid and clear, which may be why in the recesses of his mind he harbored an as yet unrecognized connection to this special place.

“I left for college and then wound up working for Chase Manhattan which took me to utterly urban places like Detroit, Syracuse, and most recently the Virgin Islands,” Paul explains. But when he and his sister were home for a family visit, a stroll down Market Square “sent” Paul to a new place in his heart.

“I have always loved Paducah and I could see that it was coming back into its own; I saw this new energy and without any remote idea of coming back here to live, I started looking at the building which is now Tribeca and thinking, maybe . . .”

Maybe became a certainty when Paul asked his partner Jorge, who had never set foot in the city, to join him on a new adventure on the cobblestone street along Market Square. Jorge had construction and restaurant experience and by 2000 downtown Paducah’s Mexican landmark was launched.

“It’s so funny because we opened Tribeca the week before the quilters arrived that year, and the same thing happened this spring when we opened the Hotel 1857 right before the Quilt Show, “ Paul laughs.

The talented team followed with the opening of JP’s along with the guest rooms available above both establishments. “It was actually the consistent booking of the guest rooms that translated into our consideration of the hotel, “ Paul explains. “The rooms were always filled and we began to acknowledge that Paducah as a destination was evolving and that perhaps there was a need for a small hotel like the 1857.”

So when Paul stepped from the back door of Tribeca on a sunny morning and saw a sign in the window of the abandoned building on Kentucky, he says he was sold. And soon so was the building.

Now after what Paul describes as a “huge learning curve” of shoring up a 19th century building, discovering the many “surprises” that come with uncovering layers of accumulated structural history of these types of buildings, and relying on the invaluable advice and counsel of “very capable contractors and construction professionals”, the result is a boutique hotel worthy of rave reviews.

“One of the many joys of this process was collaborating with such fantastic people in the community,” Paul says. “For example Trey Griffin, our ‘plumber’ provided an astounding array of recommendations that had absolutely nothing to do with plumbing. He just had great ideas about many of the architectural aspects of the work. And the team from Rivers Edge Construction was essential to the evolution of what you’re seeing here. Louis Lovera worked with us on our other projects and once again provided phenomenal guidance on the hotel’s ultimate completion.”

Paul credits Mohammed Mourad of M&M Decorating with the emersion of the entryway’s polished concrete flooring from its long-buried beauty. “I honestly never thought that floor would come back to life when we first saw it, but those guys simply wouldn’t give up until that concrete was glistening just like it did in the mid 1800s!”

In addition to the artfully contrived guest rooms, welcoming bar, and band venue, the 1857 is also providing a stunning backdrop for exhibits of rotating art. “We plan to have a new exhibit about every eight weeks,” says Paul. “This is just one more way that we can use the hotel for more than just housing guests. We want to be a thriving part of this community every day that we’re open,” he adds.

The obvious question for Paul and Jorge is . . . what’s next? Paul smiles as he talks about taking his little dog out for a stroll every day and noticing all the details that make Paducah the delightful destination he has come to admire and appreciate. Who knows what will catch his eye. We can only wait and see. 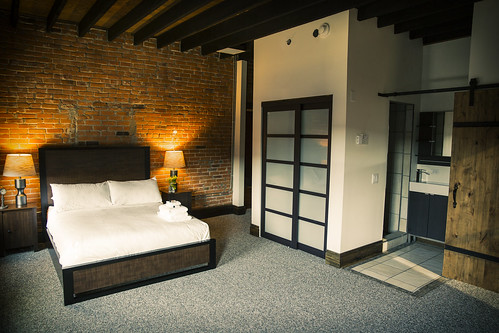 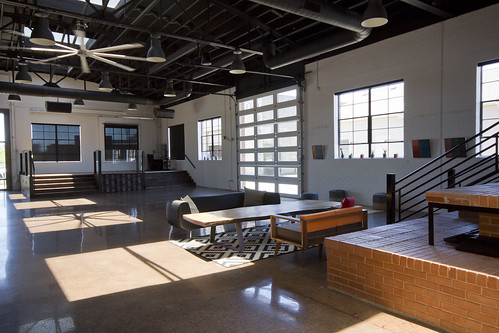 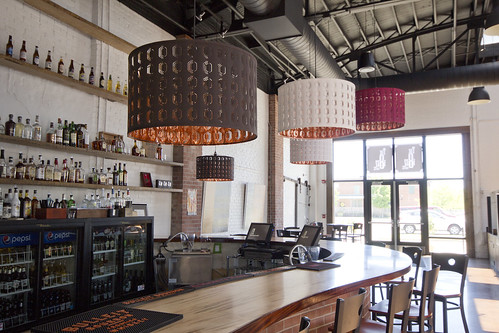 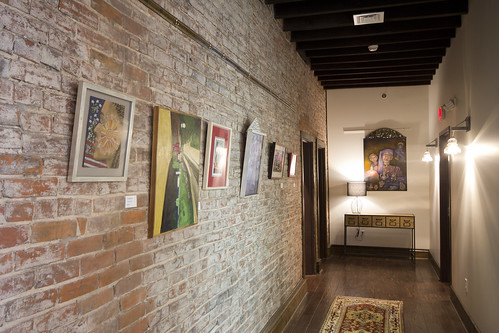 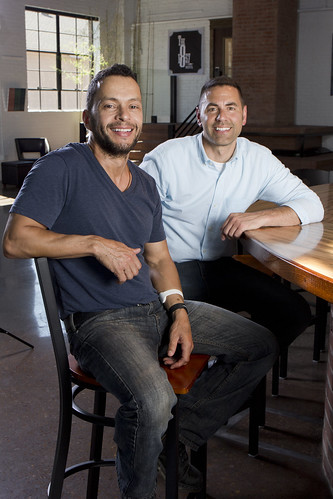