The Blackwell House of Couture

Even his name is stylized. (It’s pronounced Robbie but his Mom determined the spelling had to work with his brothers’ names of Ryan and Ross—you know, four letters long.)

So even before he was able to pick up a crayon or clutch a colored pencil, Roby Blackwell was destined to a life of style. The creative name was just the beginning. By the time he had learned to write it and spell it, he was signing it to drawings and sketches that were being formed on his elementary school notebook paper.

“I never really colored in coloring books,” Roby recalls. “I just drew over them.” His penchant for making his pencil work some magic on whatever page was before him was ultimately noticed by his parents. And when Roby’s doodling drew the attention of his mom and dad the next step was art classes.

“I took drawing classes from an early age in elementary school,” Roby says. Roby was a student of Juanita Gilliam at the Art Room in Paducah among other art instructors. “Before I even brushed my teeth in the morning, I was drawing and thinking about drawing. I loved to draw people, like my family, which is not unusual for children of that age. I also started paying attention to TV characters and celebrities. I took an interest in pop culture quite early,” Roby laughs.

Maybe it was the subliminal couture of those celebrated actors that began to create a mindfulness for fashion even before Roby was cognizant of his flair for design. It was not until middle school that he recognized and acted on a desire to fashion accessories from what he describes as “hot glue and Hobby Lobby supplies.”

“I just used whatever I could get my hands on,” he adds. The result was what we would now call a pop-up shop in the school library. “It was called Bows and Junk,” says Roby with a grin. “I was making hair accessories and jewelry. I think it was at that point that I knew clothing was my next step.”

Roby hails from Mayfield but he has fast become a permanent fixture in Paducah and WKY. You can often find him flashing his style sensibilities at Sara Falder’s Flower + Furbish on Broadway, deftly bedecked in maybe a loose gray sweatshirt with the likes of a couple of abstract appliques and a button cover from his grandmother’s dresser drawer. Or maybe you’ll see him toting around an artful arrangement in a satin bomber jacket embellished with floral embroidery. Or it might be a tight-fitting tee and rolled-up ripped jeans with a loose scarf. The looks are varied. The style is his own.

Roby was involved in theatre in high school and credits drama teacher Laverne Waldrop with pushing him to be the best version of himself. The theatre also gave him the chance to express his not-yet-fully-realized design skills by fabricating costumes for the productions he was appearing in. It wasn’t long until, as in his sophomore year, that Roby was producing a show of his own—a fashion show. That was just the beginning. Roby went on to direct four prom fashion shows in high school.

Last summer Roby previewed his first true “collection.” That’s where Flower + Furbish came to the fore. “When I decided last summer that I wanted to produce a set of summer designs, Sara provided her incredible space for it to happen. And people like Amber Barnett and my fabulous friends encouraged me to go for it.”

Now the work is moving into its next career phase. Roby is currently attending Murray State University as an art major. “I first set out for the Art Institute in Nashville right after high school,” Roby notes. “But even though I loved Nashville and the Institute provided some really great instruction, I wanted a more true college experience. I just wasn’t ready to take on the fashion world at 18.”

However the fashion world is precisely where Roby seems to be headed in the days and years ahead. “Of course I see New York as a dream to be realized,” says Roby. “I mean, I’d really be kicking myself if I didn’t attempt to see what could happen in the fashion capital.”

In the meantime, Roby is currently working on a 2017 collection that he hopes to premiere this summer. “Picture the reveal as a glamorous picnic. Pastels with a bit of kitsch; humorous while still stylish. That’s all I’m saying though. Details will be coming later,” he adds with a wink.

Designing, planning, and constructing the clothes for each show is hectic but fun, says Roby. His work is supported by his crafty family whose individual skill sets have helped Roby create a virtual Blackwell house of couture. “My mom is always there to help me line up models, bring food to our design shop, or just to give me another set of hands to get the pieces put together,” Roby explains. “My dad, along with my brother, can build anything I need which is a huge help. And my aunt’s sewing talents have been instrumental in assisting me with the final fittings for all the pieces.”

As we chat, Roby is flipping through his sketchbook, obviously giving a critical eye to a hemline here or a neckline there; ever looking for a “twist” as he refers to his approach to the more traditional takes of his mentors, Lauren and Valentino. The “take” on his fashions, however, is distinctly Blackwell. The “label” just might appear someday where you least expect it. 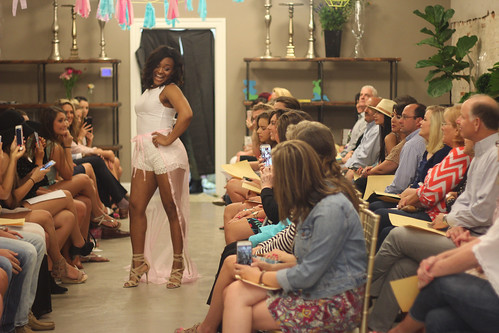 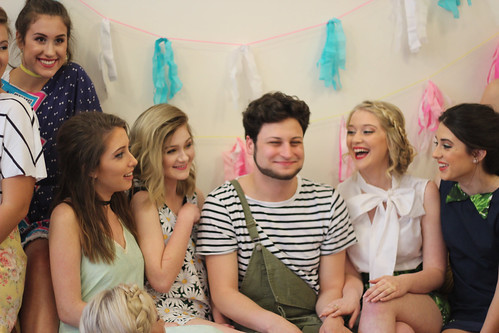 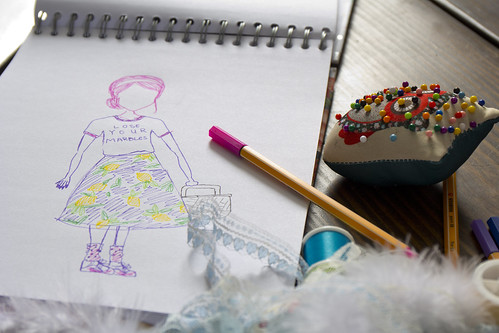