The Nature Of Imagination

To the eyes of the woman of imagination, nature is imagination itself

“Everything has a story and the next story is waiting to be told and you decide if you want to be part of it,” believes Kijsa Housman.

As indicated in a cursory count of tree rings, this particular story began at least 165 years ago with a tiny acorn that grew into a majestic oak tree massive enough to block all four lanes including the median of Paducah’s Jefferson Street after being felled by the historic January 2009 ice storm.

“The tree was totally uprooted. Where the root ball had been was a cavernous hole where a Volkswagen could fit,” according to Kijsa.

The cacophony of tree limbs breaking and lesser trees falling was muted by the thunder of the deciduous behemoth colliding with firmly frozen ground. 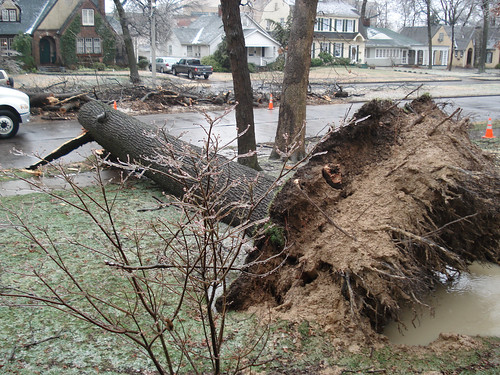 Kijsa described the tree falling with her signature humor, “We heard a loud sound and felt the house shake. We thought it was an earthquake or just perhaps neighbors were throwing large appliances out their second story windows in the middle of the sleeting icy rain.”

The capacious hole left in the Housman’s yard was not the only hole left. The loss of the tree that for decades had faithfully overlooked the house as families moved in and out, and steadfastly shaded the yard where her children played left a little hole in Kijsa’s heart.

The story would have ended here for most people who would have just seen a very inconvenient, colossal mess of wood to saw up and haul away. Not Kijsa. William Blake the English painter, poet, and printmaker, once wrote, “The tree which moves some to tears of joy is in the eyes of others only a green thing that stands in the way. Some see nature all ridicule and deformity… and some scarce see nature at all. But to the eyes of the man of imagination, nature is imagination itself.”

Forever the artist with the eyes of a woman of imagination coupled with a firm belief in repurposing, Kijsa was not ready to totally relinquish the tree. She had two cross sections cut from the fallen tree, stored them to season, and hoped to continue the story someday.

The stars seemed to have aligned when an artist with a vision and a craftsman with a particular skill set came together. Good things were bound to be in store. Although only 13 miles and 20 minutes separated the Paducah artist and the Kevil craftsman, Shannon McMahan, it took a journey of 160 miles and 2 ½ hours for the two of them to meet. The meeting took place at a barn market in Franklin, TN when Kijsa randomly stopped to admire rustic industrial furniture displayed at Shannon’s booth.

American made, locally purchased, raw metal stock and woods with an abundance of character like old, weathered barn wood are handcrafted into unique, one-of-a-kind furniture at Shannon’s shop, “Iron and Axe” in Kevil.

Shannon, sharing Kijsa’s passion for repurposing, recognized her as a woman of imagination and embraced her project, “Kijsa is an artist. She saw something different. Everyone else saw wood that needed to be sawed up and hauled away.”

The like-minded artist and craftsman agreed to collaborate and the next chapter of the Housman’s tree was to be written by Shannon, whose craft and take on life in general is great subject matter for an upcoming edition of Paducah Life Magazine.

The cross sections of the tree were transported to Shannon’s shop where he began converting the wood into a coffee table. The first step was to stabilize the wood by filling large cracks with black epoxy colored with powdered die. Into the epoxy filled crack, he inserted bits of cherry wood to add visual interest. Further stability was added by bolting a piece of plywood cut to fit to the underside of the slab of wood. Rough, loose outer bark was removed and construction of a new coffee table from a very old tree was underway.

The perimeter was trimmed with an iron band, a base built and casters added. Finally the wood was finished and waxed to a mellow hand rubbed luster. 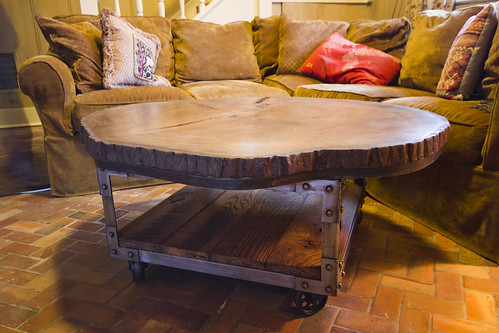 The heirloom quality table was a Christmas gift of a lifetime for Kijsa’s husband, Brad. The coffee table has taken up residence in the vey same family room the tree towered above and overlooked for all those many years.

Kijsa, the woman who loves a story and sees the world with eyes of imagination, sums it up, “It’s more than a tree. It’s how you see life and what you make of it. My children will be the next ring in the tree. Theirs will be the next story told.” 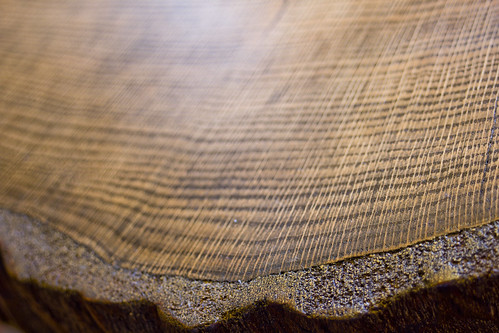