They Saw Him Standing There

On February 7, 1964, four young men launched the offensive. John, Paul, George, and Ringo arrived in New York to a throng of eager fans and reporters. Beatlemania was here. The British Invasion had begun.

It was the first visit to the U.S. by the band, and their appearance on The Ed Sullivan Show and subsequent two-week tour forever changed the face of popular music.

The incursion did not come without reconnaissance beforehand, however. Just a year earlier, the Beatles were largely unknown in America, even though they were becoming quite famous in their native England. Publicity had to be accomplished before a formal visit, and a lot of it occurred in our local area.

On March 7, 1963, Louise Harrison along with her husband and two children entered the United States, crossing the Canadian border at Niagara Falls. Louise was from Liverpool, England. Her Scottish husband was an engineer, and his job had taken their family to Peru and Canada. The Freeman Coal Company in West Frankfort, Illinois, recruited Louise’s husband to help transition them from strip to underground coal mining.

The family traveled straight from New York to Illinois and stopped in Benton, just six miles from his new employer. It was in Benton they decided to set up a new home.

Louise had previously received two singles from her mom. They were recordings of her kid brother’s band, as she affectionately called them. “Love Me Do” and “Please Please Me” were two of the first songs released by the up-and-coming Beatles in the UK. Louise was impressed. Shortly after arriving in the U.S., she received the first album, Please Please Me, which she played over and over on a turntable purchased at Barton and Collins on the Benton square.

Louise was proud of her little brother, George Harrison, and decided to launch a promotional campaign on behalf of the band. “I took it upon myself to become the unofficial ‘Research, Development, and Promotional’ outpost of the newly minted Beatles,” she says in her book My Kid Brother’s Band a.k.a. The Beatles. Working with Beatles manager Brian Epstein, she delivered singles and promotional materials to radio stations within a 200 mile radius of Benton.

In the fall of 1963, George, with a couple of weeks off, decided to visit Louise with other brother Peter. He arrived in September, becoming the first Beatle to set foot on American soil.

She was eager to show off her little brother, but allowed him to relax during the vacation. George played with his nephews, and the family even went camping at Garden of the Gods and Lake Glendale. “New to my brothers was the roasting of hot dogs and marshmallows,” says Louise. “George was fascinated by the more exotic insect life to be found in the States than Britain.” Most peculiar were bugs that looked like leaves and sticks. “I wish these bugs would own up!” joked George.

George enjoyed the local A&W drive-in restaurant, t-bone steaks and barbecue, a drive-in movie, and the Bocce Ball Club. Upon a visit to a music store in Mt. Vernon, he discovered a Rickenbacker guitar. His bandmate John Lennon owned one, and George wanted one as well. The guitar was red, so he requested it be repainted black to match John’s. The final cost was around $400. The guitar recently sold for more than $650,000.

While in Benton, George met Gabe McCarty who played with a local band, The Four Vests. Gabe invited George to a Four Vests show at the V.F.W. Club in Eldorado. Toward the end of the evening, the band convinced George to join them for a few songs. Louise recalls that night: “Gabe made an elaborate announcement about George’s success with a band in England, but no one was listening; they were all talking amongst themselves, just as they’d done all evening. George stepped to the mike and began to sing. Almost immediately it was though a lightning bolt had ripped through the room! The chatter stopped and everybody started to yell, applaud, stomp their feet on the ground, and pound their fists on the tables.”

With George, the band performed songs such as “Teddy Bear,” “Green Onions,” and “Everybody’s Trying to Be My Baby.” When George was done, he was mobbed. An elderly gentleman remarked to George, “Son, with the right kind of backing, you could really go places!” Here, before a small crowd in Southern Illinois, was the first Beatle to give a live performance in the States.

Before departing the country, Louise secured an interview for George on WFRX radio in West Frankfort. The station was probably the first in the U.S. to play Beatles songs.

George returned to England, and Louise continued her promotional campaign. She sent weekly letters to Beatles management, signing each with the PS “Get them on the Ed Sullivan Show!”

When the Beatles arrived in New York in 1964, things had changed quite a bit since George’s first visit. The Beatles were widely known, and their visit became a major, media event. Louise joined the boys in New York, accompanying them to the Ed Sullivan show. The television appearance was a major milestone in both Beatles and U.S. history.

Louise and George remained close through the Beatle years, beyond, and up to his death in 2001. She lived in Southern Illinois and later in Missouri before moving to California in 2014. “From whatever vantage point George’s being now enjoys,” she says, “I can imagine he is now able—without all that Beatles baggage that so weighed him down at times—to be free to see things more clearly. Looking into my heart, he is able to see the sincerity of my lifelong love for him and understand the fervor of my support for his chosen career. He also knows I miss his love and support of me.”

Louise’s book, My Kid Brother’s Band a.k.a. The Beatles is published by Acclaim Press and is available at acclaimpress.com.  Photos courtesty of Acclaim Press. 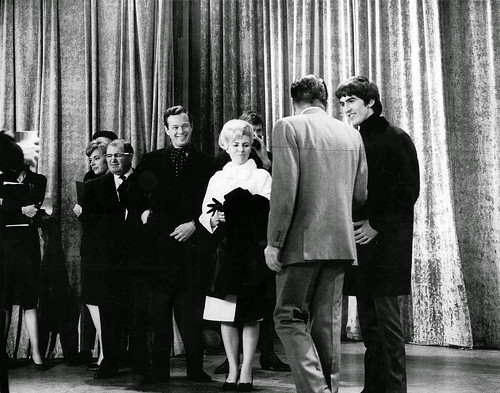 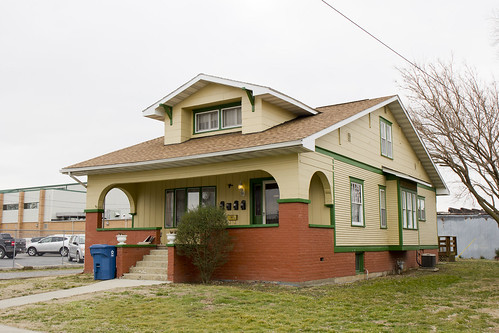 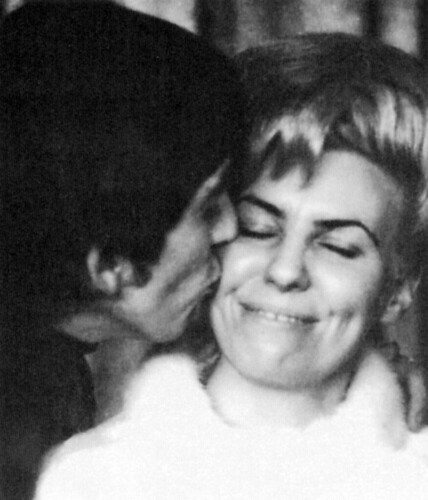