Glenn Earl Newman sits slid down in an old, aluminum lawn chair, his feet propped on a log, a lazy canine soaking up the morning sun in the gravel below his legs. Across the yard, a ditch, and a small side street, he surveys the state of Tennessee from the vantage point of his Kentucky home. We pull into Glenn’s driveway, the rim of his leather hat rising just enough for him to view who is visiting.

“Move on over,” he says to his dog as he raises his feet off the log. Glenn’s cajun accent is immediately evident. He puts his feet to the ground and motions for us to park to one side. The leather fringe on his jacket flows in the breeze. “C’mon back here, and I’ll show you what I’m all about,” he says as we exit the car.

Glenn’s house and shop are the southernmost outpost in Hazel, a western Kentucky town that sits on the state line just south of Murray. Glenn is originally from southern Louisiana but made Hazel home to be closer to family who moved to Dover, TN. Behind his house, in a large outbuilding, he sells old nicknacks. More than that, he shares stories of his life—some true, some not-so-true. Most are illustrated in thousands of drawings. Binder upon binder are full of copy paper, each sheet one moment of a tale. On another table are hundreds of similar drawings on poster board.

“This here tells the story of Varmintville,” he says as he flips through a stack of poster board drawings. “These are the folks who lived with us in that swamp camp on a hundred-acre strawberry farm. Well, them varmints that live in the swamp stole a pink Cadillac one night, and the next day, they robbed a bank and made a getaway across them loggerhead turtles.”

Glenn rips quickly through the tale of the varmints, revealing an illustration for every few sentences of the story. In his stories, he reveals the life of the south Louisiana swamps, uncovering the beliefs, folklore, and ways of the cajun people.

Hazel, a town that consists of a roughly three-block business district, was established in 1890 as a stopping point for the burgeoning railroad industry. “The original name was Kensee,” says Sharon Ray, Hazel historian, “because it was on the Kentucky/Tennessee line. The railroad company wanted a passage from Paducah into Alabama. Mr. Henry Dees and Mr. Barnett bought 52 acres, which is where Hazel is now, and they deeded the railroad 150 by approximately 2000 feet to the railroad to get them to come through here. Now the railroad company didn’t like the name Kensee, so it was changed to Hazel. No one knows for sure how they got that name. One story is that the conductor’s daughter was named Hazel, but a lot of people think it comes from the number of Hazel shrubs that were here.” 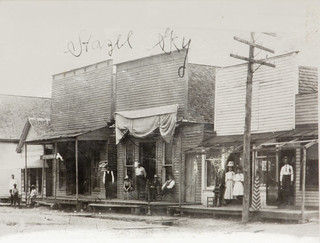 The town, although never large, enjoyed many years of prosperity as a stop along the line. Like many of the small, railroad, towns, life drifted away as interstates replaced passenger trains. By the 1980s, the once busy shops and restaurants along Highway 641 were empty shells. “I remember the train coming through,” says Sharon, “and it would stop during lunch. So everyone would eat here. One train still comes through, but it doesn’t stop. It comes up and goes to Murray to a company up there.”

A New LIFE For Hazel

“Sonny Parkhill was the one who really restarted the town,” says Mildred Wheeler as she stands behind the counter at Horse’s Mouth Antiques. “He was a fixer-upper, and if it wasn’t for him Hazel wouldn’t be here.”

Sonny owned a trading post in Paris, Tennessee before deciding to move operations just north to Hazel. “He was very interesting. He’d sit around and tell you tales and do rope tricks. He and his wife had traveled with a carnival for a while, and she would shoot things off of his head, and he would throw arrows at her. He always had a story to tell.

“He came through here one day and saw all these buildings hollowed out. He went into this space here, spent the night, and got up the next morning to go find who owned it. He bought a couple of these storefronts, fixed them up, and then bought some more. He worked on all these old buildings and got them to where they could be used again. Everyone just loved him. He’d been selling antiques in Paris, TN, so he just started doing that here. We rented from him at first then bought this shop and have been here nearly 40 years.” 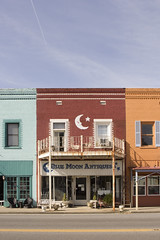 Before long, Hazel gained a reputation as an antique mecca. Shop after shop lined the main road, each carrying antiques that were different than those found in most west Kentucky shops. “I traveled,” says Mildred, “working hard to find the things no one else would have. If something was hot and selling, we’d go look for it.” The town became a destination for those seeking the unique. In every direction one could look in Hazel, one would see the word antique. With the dip in the economy in 2008 and the rise of online shopping, however, dealing in artifacts eventually became difficult. Slowly, Hazel reverted towards the ghost town it once had been.

It’s noon at the Blue & White Grill on the north side of town. The diner, named for the colors of the University of Kentucky because, even though we’re on the state line, we’re still in the Bluegrass, dadgummit, is nearly full. Much of the crowd are locals, but a good number are in town for the antiques and other shops that have recently opened. The menu is chocked full of southern fare—meals such as pork chop breakfasts, catfish, chicken and dumplings, and fried bologna.

Barbara and John “Scooter” Paschall, who had been lighting up the town each Christmas with a 60,000+ light display, bought the diner a little while back, knowing the importance of the restaurant in the life of Hazel. “Everyone who comes to visit Hazel ends up here to eat and talk and go through the history,” says Barbara. Near the cash register sits a three-ring binder with information about the town. Old photos dot the walls. “It’s a small town for sure,” she adds. “We don’t even have a traffic light. We have a caution light, though!”

Entrepreneurs such as Barbara and Scooter (Scooter was recently elected as Hazel’s mayor) represent the next generation in keeping Hazel alive. Just across the street, the new Mantiques mall is open. The largest and newest of the antique stores, Mantiques boasts hundreds upon hundreds of outdoor advertising signs and serves nearly as a museum as well as an antique store. Up and down mainstreet, there is a renewed energy as shops are reopening.

On the south side of town, Hazel boasts its newly christened art district. Two years ago, retired firefighter Ricky Walls and wife Kathy opened Bella’s, a gallery that boasts art for sale from around 60 local artists and craftspeople. “There was nothing local like this,” says Ricky, “and this was a dream of ours for a long time. There’s a lot of talent around here, and now, the public can see it. And the foot traffic in Hazel is great. A lot of tourists come through. We’ve had them from all over the world and the United States. We’re hoping to keep Hazel as a destination.”

Back at the Hazel Folk Art Gallery, Glenn Earl Newman finishes up another drawing. “This where them varmints ended up putting rockets on that pink Cadillac and went to the moon,” he says.

“Hey, before you go, I need to give you a certificate. I can make you guys honorary citizens of Hazel!”

Glenn represents part of the personality of Hazel. The town is full of those who love Hazel. They strive to not just keep it alive but also make it a unique place to visit. There is a spirit of entrepreneurialism with a dose of eccentricity. Glenn leans more toward the latter. But everyone who makes Hazel what it is seems to have a measure of both.

“The people up here, I have to learn them about the swamp,” says Glenn. “When people come here, they find it’s a family. We all want folks to come see us and learn about what we’ve got. Hazel’s been good to me.” 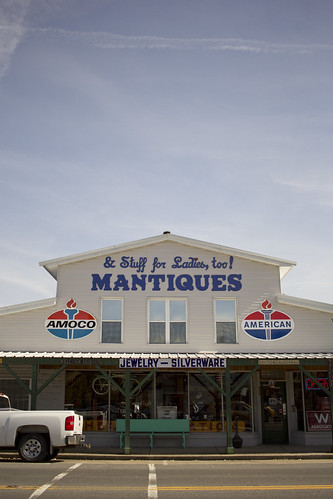 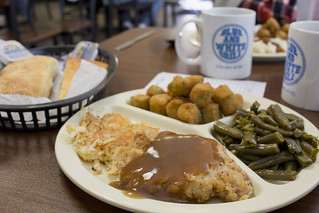 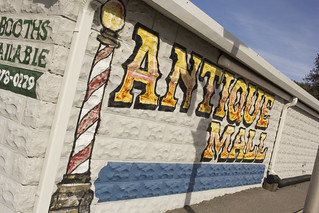 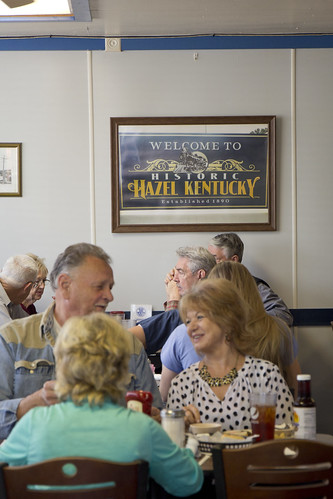 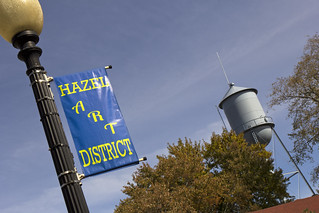