What Little Girls Are Made Of, Part I
Add comment

What Little Girls Are Made Of, Part I

In the case of Kimberly Yates it wasn’t sugar and spice or much that was nice. It was more like survival of a childhood bloodied by crime and calamity. Part I of a two-part series by Susie Fenwick.

The mother of two, Kimberly Yates is bright, attractive, articulate, savvy and a convicted felon several times over. During the years of motherhood when she should have been changing diapers, rocking sick babies, carpooling, and helping with homework, she was doing time in state and federal correctional institutions on drug related charges.

How does Kimberly explain to her children her absence from magical Christmas mornings, boisterous birthday parties, and those ordinary days made extraordinary by sharing cuddles and cartoons?

“I don’t sugar coat it. Secrets are no good. I am totally honest with my children and will never lie to them. I told them I broke the law and had to pay the price. It is what it is. I am your Mom and I am who I am and you have to be who you are,” explains Kimberly. “My life is literally an open book and everything is in my book, What Little Girls are Made Of. My son and daughter have both read it. “ In June of 2014, Kimberly published her autobiographical book, What Little Girls Are Made Of. She tells her story in a voice uninhibited by editor-imposed grammatical correctness in the same manner she lives her life; without a shred of remorse. While many would seek to leave their sordid past and move on in an anonymous fashion after prison, Kimberly chose to return home. Home for Kimberly is Paducah. Paducah was the place giving root to painful childhood experiences, a rebellious adolescence, and turbulent young adulthood. It was the scene of personal tragedies and criminal offenses.

Kimberly’s upbringing in Paducah was a mixed bag of family with conflicting values transforming a bright, headstrong youth with ambitions of being a criminal attorney into a wildly recalcitrant teenager with a criminal bent.

Kimberly remembers her Catholic father as a 6’6”, sharp dressing, good looking, womanizing bundle of charm and charisma. “He was a huge Elvis Presley fan who played the piano and sounded a lot like Elvis when he sang. He wore his jet-black hair like Elvis only minus the thick sideburns. My mother was in love with Elvis Presley,” laughs Kimberly. 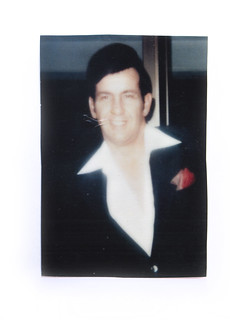 A “wise guy” with ties to a notorious organized crime family, he threw money around and kept her petite 5 foot-nothing mother with her lacquered bouffant hairdo, dressed to the nines. In good times, he kept the lavish gifts flowing. He bought her new cars and financed expensive trips, including lots of Elvis Presley concerts. He cloaked her in furs and surprised her with roses for no special occasion. During bad times, Kimberly remembers covering her ears and hoping the drinking, fighting, and screaming would just go away.

With her earliest childhood memories of a lifestyle financed by easy money, Kimberly, her brother, Bobby, and sister, Julia never lacked for anything money could buy.

“I didn’t know where my dad worked; only that he made a lot of money. I remember my mom had a new car almost every month. I didn’t know a whole lot except that I wanted to be just like my dad when I grew up. When I was older I found out he was indirectly linked to the organized crime family, the Gambino’s,” stated Kimberly.

Her maternal grandparents provided a sharp contrast. They were intrinsically good, hard working, middle class people. Their world revolved around their grandbabies and was anchored by their unwavering Pentecostal faith. Salt-of-the-earth people who could always be counted upon to do the right thing, they loved Jesus and they loved Kimberly unconditionally.

In cinematic fashion, things spiraled out of control and the family came undone.

The trail of easy money paved with crime turned into a path of conviction leading straight to prison for Kimberly’s father. Resentment raged in the house built on a foundation of crime cracked by the incarceration of the man of the house. Stung by abandonment, Kimberly and her mother both experienced emotions running the gamut from hurt to anger. Kimberly needed to blame someone for the loss of her father and her hero. She chose her mother.

That perfect world had eluded Kimberly with the void left in her life by her father’s imprisonment. Now any semblance of a normal childhood was shattered when Kimberly came home from school to find a note from her mother. Her mother, who had divorced her father, had packed her bags and left. The note said she thought her parents could take better care of Kimberly and her brother and sister than she could. Kimberly’s grandparents stepped in and provided a home filled with love, stability, and anything the three grandchildren wanted. They devoted their lives to compensating for the mistakes made by Kimberly’s parents. 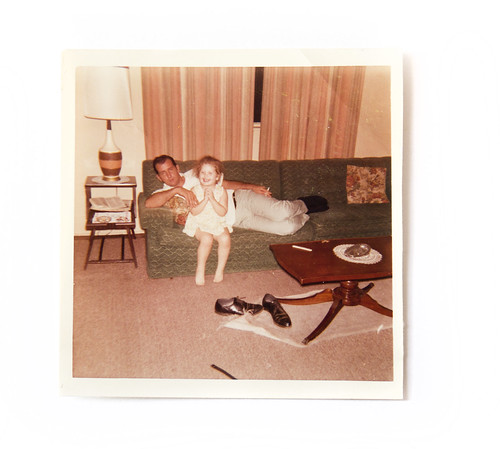 In a perfect world, kids return home from school to a father who is up for a game of pitch in the back yard or at the very worst with a list of chores to tackle. In a perfect world, kids never come home from school to find their father with a gun beside him lying in a pool of blood. With any hope of an idyllic childhood shattered but with normalcy interjected by a loving home provided by her grandparents; once again Kimberly’s childhood was interrupted—jarred by the sight of her father bleeding to death, she believed, from a self-inflicted gunshot wound.

He survived the suicide attempt only to be fatally stabbed years later during a confrontation with Kimberly’s abusive boyfriend who was a key player in a huge cocaine trafficking ring spanning from Kentucky to Florida. Kimberly witnessed her father’s murder and was again stained with his blood when his mortally wounded body fell on her.

Kimberly vividly recalls, “I ran after my Dad up the stairs and I remember him falling back on me. The next thing I remember is waking up and being covered with blood.”

With a lifelong taste of easy money on her palate and freshly drenched in her father’s blood, Kimberly was well on her way to the transformation from her identity as “Kimberly Yates” to the institutionalized, barcoded identity of U.S. Department of Justice, Federal Bureau of Prison number 07983-033.