You Can Go Home Again

Beneath the towering white pillars of this traditional southern façade linger the remnants of families who have each left their unique mark on a residence with a multi-layered provenance.

The home was built around1928 by Mr. Cole of Cole Lumber for Nel Thomas, grandmother of Peggy Smith, who would later also live in the house with her husband J.C. At some point following, the Bronstein family took up residence and later the family of a Dr. Petit. It is believed that it was Dr. Petit that installed the ornate basement bar structure after retrieving it from a St. Louis hotel. Gary and Lupe McMillan bought the home in 1976.

In the summer of 2013, it became the home of Zack and Marra McMillan and their two children, Alex and Sophie. And that came as a bit of a surprise for the second- generation owners.

“I didn’t enjoy all the yard work here when I was young. I think my idea of home ownership when I was younger was probably a small house where I paved the yard and painted it green,” Zack laughs. “I never imagined we’d be inhabiting anything this large. But now that we’re here, it feels really great to be raising MY family in the house where I grew up. There are so many great memories for me here and now we’re making our own as a family. I’d like to think there’s a chance that one of my kids could keep it in the family someday.”

And those memories? Eight-year-old Alex is already creating some reminiscent of Zack’s own second-grade social life. “I just dropped Alex off at his friend Blain’s house,” he said as he came up from the basement entrance. “Sam Clymer was one of my best friend growing up. We went to Paducah Middle and Tilghman High School together and we spent a lot of time at each other’s houses. Now Sam’s step-son and Alex are best friends, going to Clark Elementary and Sam is now also living ins HIS childhood home!”

Speaking of that basement entrance, one of the first things Zack and Marra did was to put an alarm system in. “I remember how easy it was to sneak out of the house. Now, I plan to know when the doors are opened and I’m not looking,” Zack admits with a smile.

Coming full circle brings special sentiments to Zack, Marra, and the kids. “Much of the custom woodwork and some of the furniture was made by a man named Dick Baucum,” says Zack. “In fact all of the bedroom furniture in Alex’s room was Zack’s. It’s very much the same as when I lived here and there’s even a lot of my toys and books still on the shelves. This family tends not to get rid of things whether they’re small like toys or large like a house!”

Like every new homeowner, Zack and Marra have made some cosmetic changes that better suits their generation and the ensuing new style trends of the day. But many touches of Gary and Lupe remain as visual reminders of when this was THEIR new home. “My dad planted probably 20 dogwood trees and a whole swath of azaleas in the front yard,” Zack adds. “And Lupe designed these arches in the front room to mimic the arched windows at the front of the house. That was really a nice touch,” says Marra. “She also put a whitewash over the dark tiles that surround the fireplace in the den to give them a brighter look for that room.” 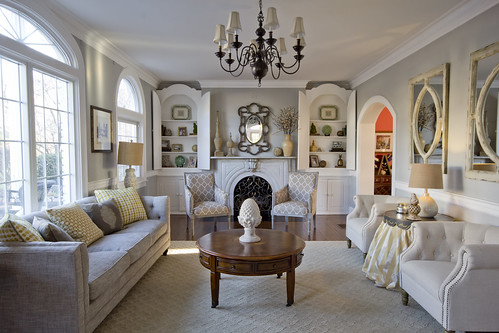 The extension to the left of this historic Paducah home was designed and constructed by Gary and Lupe in 1982. The couple constructed a two-story addition that added a master suite, a study, and two bedrooms to the grand dame. On the ground floor the extension provided a large den and an expansive family kitchen, converting the original galley kitchen into an envious walk-in pantry and laundry room.

Leaving a family home of nearly 40 years takes with it a certain bittersweet taste. But leaving enough in place keeps the continuity of the legacy unchanged in ways that connect the two generations and allow for a shared experience.

“It was interesting that when my parents decided to downsize and leave the house and we decided to take up residence here, we were both going through the renovation experience together,” Zack remembers. “I think that kind of helped us all make the transition easily. We were sharing stories about new kitchen cabinets and paint as well as what was going to stay in each house. It sort of became a dual family achievement.”

Marra, the now-that-it’s-my-house daughter-in-law, also felt the emotional tug of creating a home that was truly her family’s yet one that honored its roots. “Honestly the house is so beautiful and Lupe has such wonderfully classic taste that I didn’t have to change very much. We updated the kitchen and made a few paint changes and that was about all that was necessary,” she adds.

New backpacks are being dropped in the entryway, new books are being read in the pretty-in-pink bedroom upstairs, new video games are being played on the big screen in the basement. But the same sense of place is growing anew from seeds that were planted when former families called the lovely white brick house . . . home. 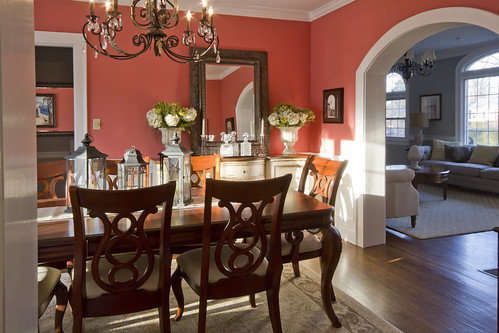 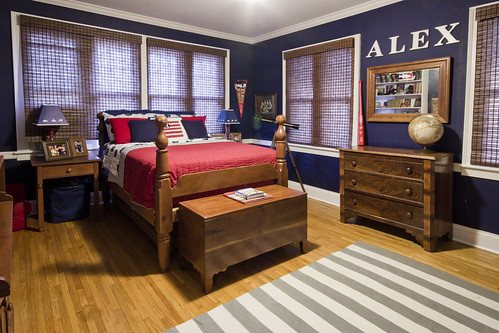 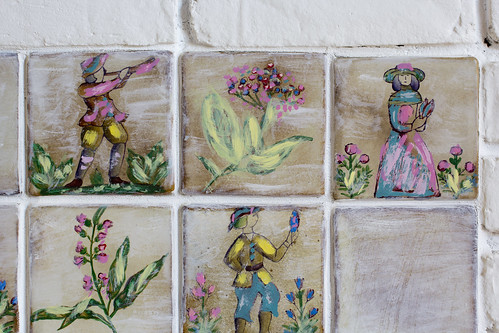 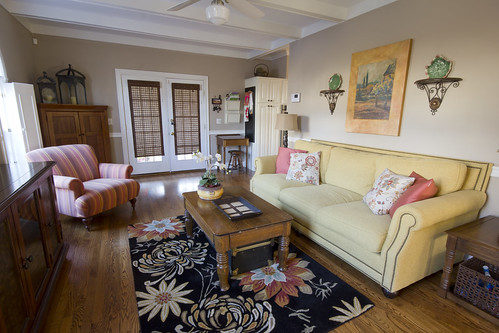